Hanger of Doom Video and Screens

This demo that comes with the BFG AGEIA PhysX card is really ONLY a demo for PhysX technology.  As far as I know there is no game based on this engine, as it looks pretty rough visually.  It’s just a room full of barrels, bombs and things to shoot at. 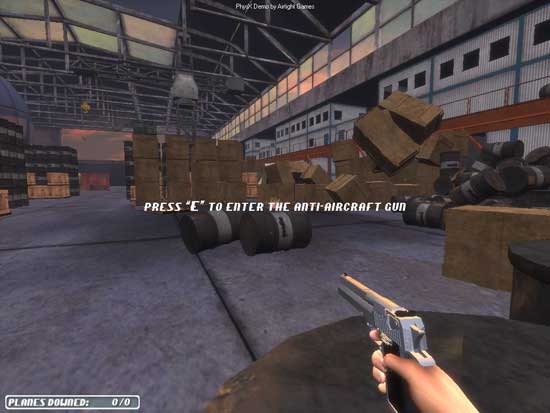 Starting out with just a measly pistol, you can shoot the barrels and boxes sitting around to knock them over and cause some domino effects as well. 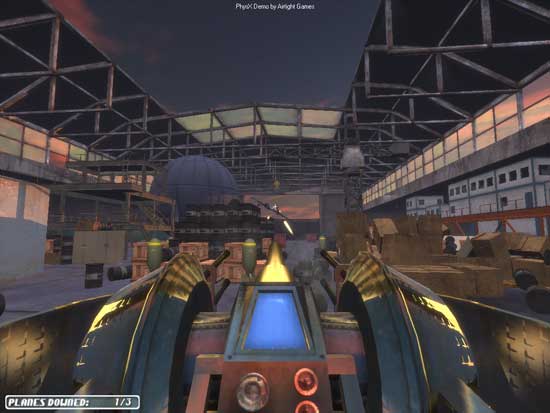 Once you enter the anti-aircraft gun that is for some reason located INSIDE the hangar, you can fire at planes that are attempting to fly THROUGH itâ€¦ this sure is some crazy wacko hangar! 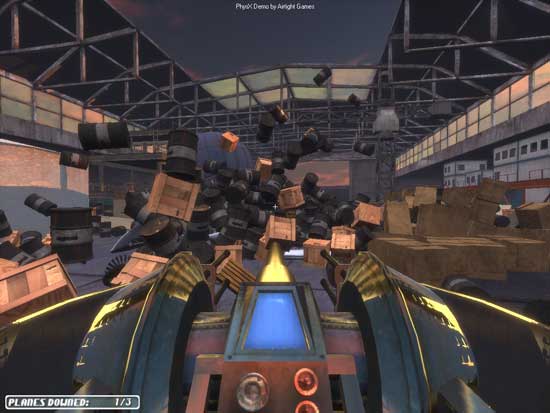 After hitting the plane with a direct shot, it crashes into all the objects around the hangar and causes some mass destruction.

The Hanger of Doom is an AGEIA demo map that shows off the high number of objects the PhysX PPU can handle in real time. As the user sits in a canon and shoots down planes that attempt to fly through the hanger, there happen to be tons of barrels and boxes around to destroy. Go Figure!

This video shows the demo at work for a couple of minutes.  The end result is its fun to play around with for a little bit, but 20 minutes would be about it.