Just before the official AM2 launch, ATI sent alonger their own reference board based on the Radeon XPress 3200 chipset we reviewed back in March.  In reality, nothing has changed since then, with the exception of the new AM2 processor socket and DIMM slots for DDR2 memory instead of DDR1.  Well, maybe one thing… 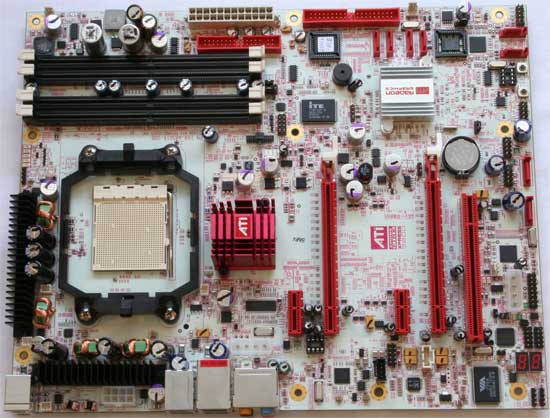 The boardh as a very unique and distinguishable white PCB color to it, though that won’t help it in the performance tests.  What will though is that we are seeing here the first use of the new ATI SB600 south bridge that we have been awaiting for quite some time.

The new SB600 brings with it enhanced USB performance, one of the big plaguing features of the previous ATI south bridge.  It also provides 10 total USB 2.0 ports, SATA II support for 4 devices, RAID 0 and 1 support as well as Azalia HD audio and two channels of IDE support. 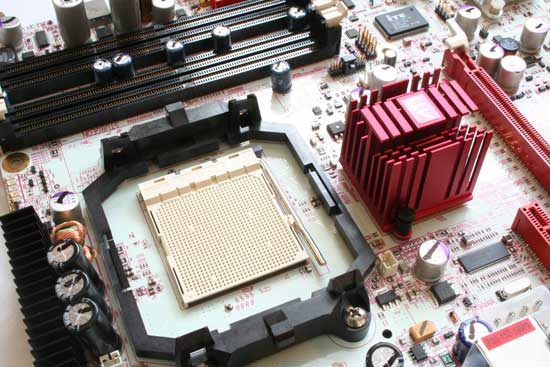 The reference board here has a horizontal retention setup and you can see the modest sized heatsink on the north bridge indicating a very cool and quiet chipset solution. 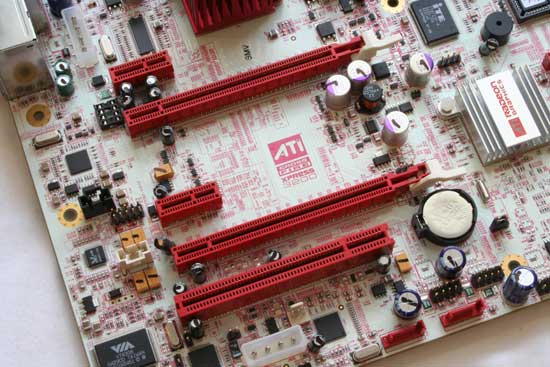 The expansion configuration is a bit confusing as anyone using CrossFire would have no PCI slots left over for a sound card, but we won’t hold it against a reference board I guess.