Asus has two GeForce 7-series cards that vary from the stock reference designs we have seen everywhere else. Come in and see if an overclocked 7900 GT or silent 7600 GT might be fore you.

Asus has quickly become one of the largest hardware manufacturers in the computer hardware business and has secured a spot with the enthusiast as one of the top brands they can trust.  With motherboards like the A8N32-SLI and video cards like the N7800GT Dual Asus is continually on the front line of new technologies, both of their own and with partners like NVIDIA and ATI.

We had a couple of new graphics cards from Asus based on the NVIDIA 7-series of GPUs hit our offices here recently that I feel are worth a closer investigation as they are more than just the standard reference parts other vendors are shoving out their doors.  Whether you are into top performing parts or silent PCs, Asus has a good solution here for you.

The TOP suffix to Asus line of video cards indicates that the product isn’t just a stock model running at reference clock speeds from NVIDIA.  Instead, the 7900GT TOP card overclocks the core and uses a new cooling solution to keep everything running smooth. 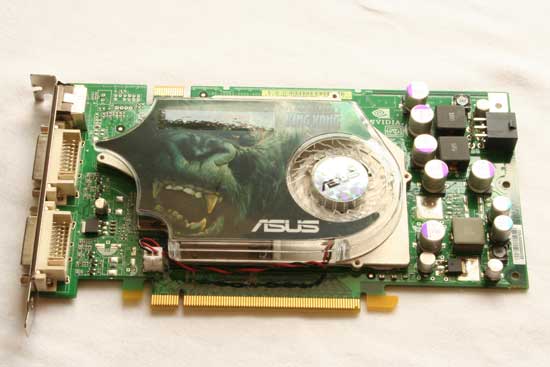 The card itself looks somewhat similar to the other 7900 GT cards we have seen here at PC Perspective, though the cooling solution Asus has used on this card is different than the stock coolers that most other vendors are still using.  Only a card vendor like Asus, with their huge manufacturing capabilities has the resources to make their own components and custom coolers for today’s video cards.

Also note that unlike other 7900 GT cards this Asus TOP model cools the memory chips on the card with the custom heatsink. 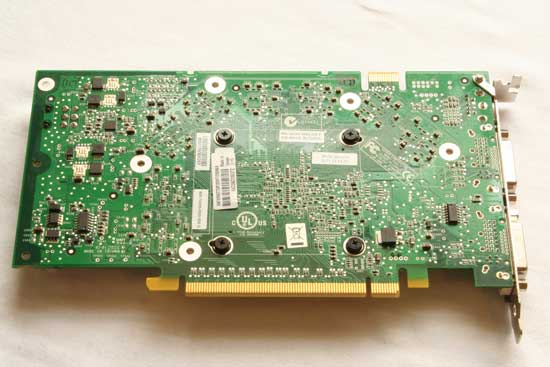 Looking at the rear of the card, nothing stands out from the ordinary and no memory chips are left uncooled allowing for a faster memory clock speed. 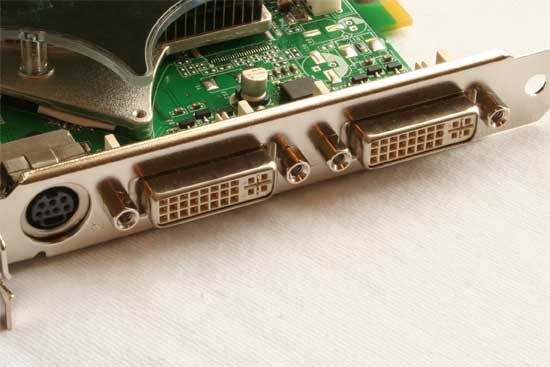 Asus has included two DVI ports on the card along with a single TV-output port that can be used for standard S-Video output or HD output. 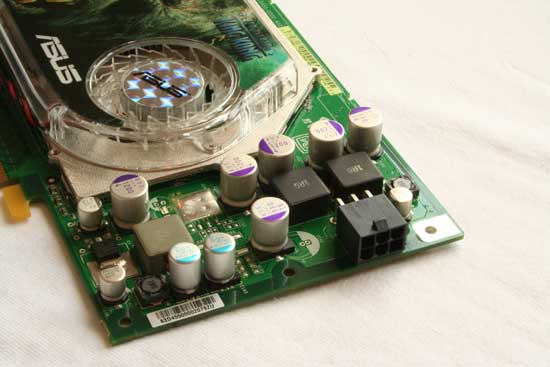 The rear of the card shows the PCI Express power connector that is still required for the 7900 GT GPU. 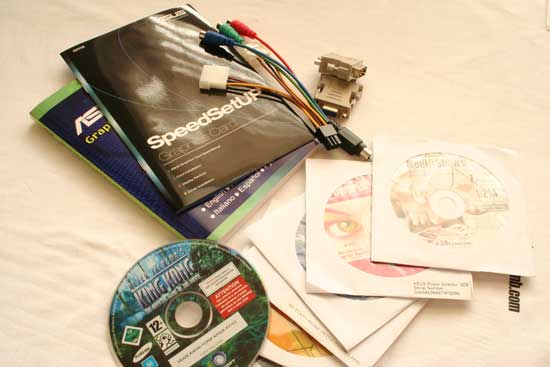 The extras included in the box (that is plastered with King Kong’s picture) include the full version of the King Kong PC game along with an Asus branded DVD decoder and a copy of VirtualDrive that allows you copy your game CDs to your hard drive and emulate a game disc.  This allows you play your titles without having to find the game disc each time.  They also have included two DVI to VGA adaptors, a power adaptor and an HDTV output adaptor.