Now we will measure the performance of the CPU and memory using SiSoft Sandra 2005 SR3 and Everest Ultimate Edition 2006. These are low-level tests which do not replicate real-world results, but offer a good standard measurement to compare CPU and memory performance across platforms.

In the results below, pay particular attention to the differences between the A7J and the W5F – the A7J has an extra 512MB SODIMM and operates in dual-channel at 667MHz whereas the W5F uses just a single 512MB SODIMM at 533MHz. 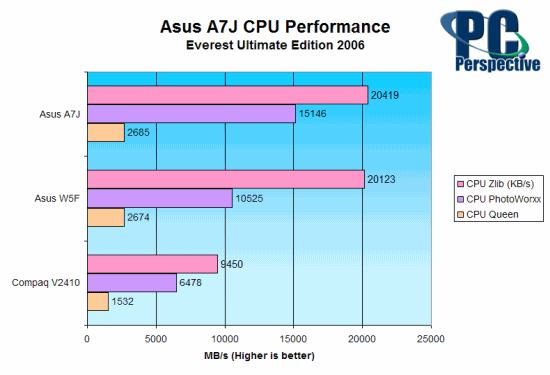 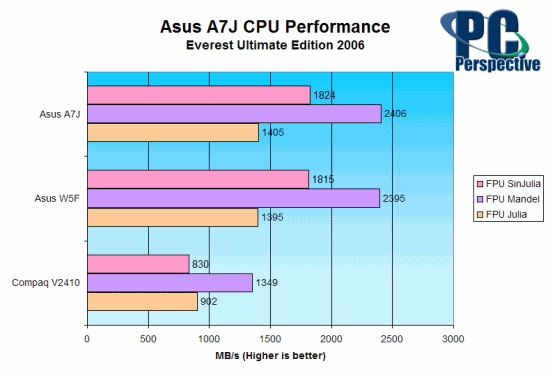 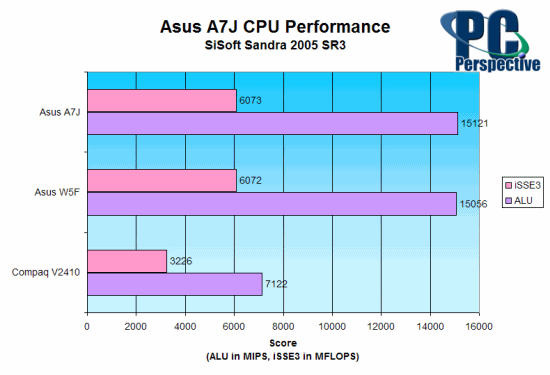 Nothing really surprising in the results above, except the PhotoWorxx test in Everest FPU where the A7J beats the W5F by a large margin. Perhaps the PhotoWorxx is taking advantage of the extra RAM and/or the Radeon Mobility X1600. 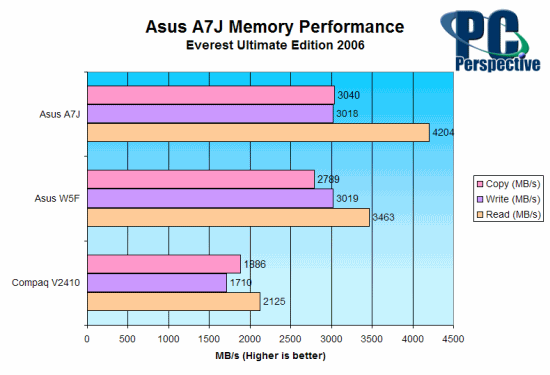 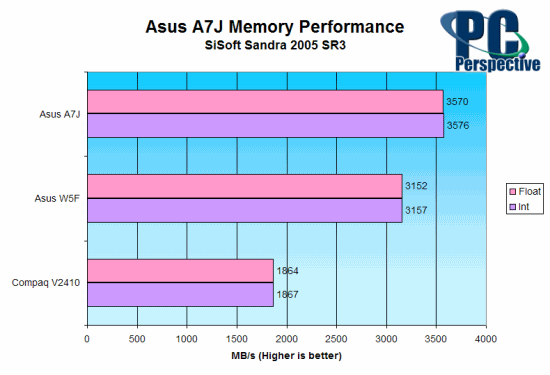 Thanks to the dual-channel memory configuration, the Asus A7J comes out in front of the W5F. Keep in mind that the final updated SKU for the A7J may only have a single 1GB SODIMM, in which case the differences in memory bandwidth (like above) will be less. 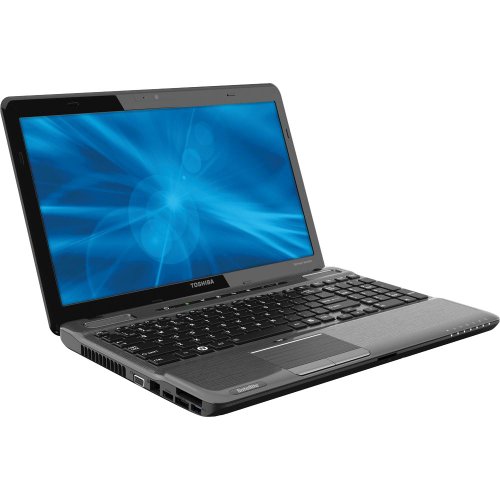