With the lid closed, the A7J looks fairly big with its 12.25″ x 16″ footprint. The matte black exterior with silver trim looks impressive and ominous like the Black Monolith from Arthur C. Clarke’s Space Odyssey. 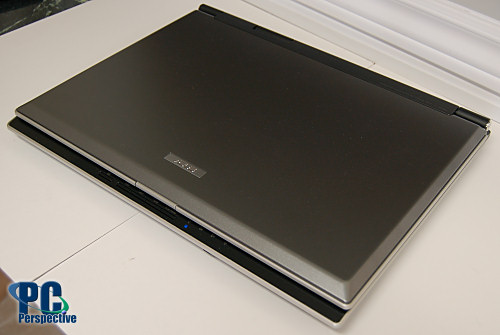 The lid is secured to the base using two latches controlled by a single button. Because there is no grip or lip around the LCD, opening the display can be a bit tricky at first. Opening the lid brought several “ooohs” and “ahhhs” from friends who saw this laptop during the time I was reviewing it. The first two things to hit you when you open the lid is the massive screen, and the large console area.

The 17″ screen has a glossy screen to help improve colour reproduction, but does reflect some of the brighter objects in your surroundings. In a darkened room, the screen looks phenomenal and is by far better than the screen on the Asus W5F and possibly the Samsung 710N monitor I have on my work bench. More on the screen itself later in this review. 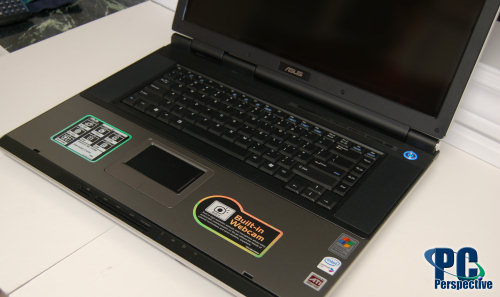 On the top of the screen is a camera and microphone. Unlike the W5F, there are no camera controls along the screen’s border and the camera itself doesn’t rotate. This can be considered an advantage becaise it allows the LCD bezel to be smaller and therefore give the laptop a smaller overall footprint and (slightly) lighter weight. 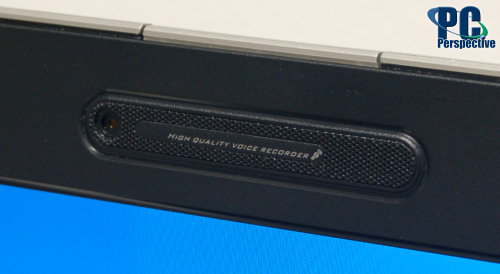 The keyboard area looks remarkably like an Apple 17″ PowerBook with speakers flanking the right and left sides of the flat-top. Be careful not to get foreign matter into the speakers as it will be impossible for you to clean it out unless you had a vaccuum. We will examine the audio system on the A7J later in this review.

There are quick access function buttons along the top of the keyboard,
with speakers on either side.

The keyboard itself is very quiet with soft clicks and very slight bending of the keyboard. It’s worth noting that some flexing is acceptable since it helps reduce repetitive strain. Once again, Asus has placed the Fn key where the left CTRL key should be. Taking a look across various notebook forums, this is one of the biggest complaints of Asus laptops. It’s such a minor detail that has massive usability repercusions. Thankfully there are software fixes that change the mapping of these keys, but it’d be better if Asus got the design right.

Unlike the Asus W5F, the touch pad on the A7J is smooth like most other laptops. In practice I found that the touch pad tracks better and appears to have better mouse resolution than the W5F – I suspect it has more to do with a better graphics system than different touch pad technology. The W5F uses the Intel GMA950 and the A7J uses an ATI Radeon X1600, ATI being the superior of the two. The touch pad has vertical and horizontal scrolling areas which can be disabled using the Conexant touchpad software. 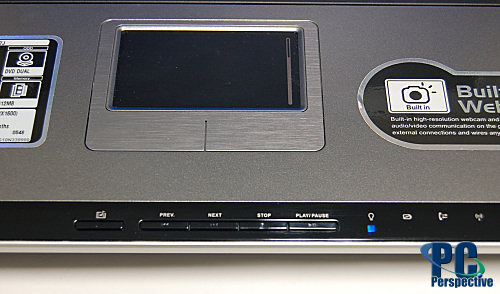 Easy-access media buttons let you listen to a CD or DVD without
opening the laptop.

There are controls for the laptop located along the top-right of keyboard for Power4Gear (more on this in the Battery section), email, Splendid Video (see the Screen section of this review) and a touch-pad on/off switch. Activity indicators are located next to these buttons for HDD activity, caps/num lock, and Blue Tooth.

Along the bottom of the keyboard is a bevelled edge sporting media controls which are popular amoung Dell Inspiron series notebooks. These controls are used in conjunction with the copy of PowerDVD Asus includes with the laptop. Pressing the media button will power-on the laptop but you can keep the screen closed while listening to your music.

There are also LED indicators for power, battery charge, and wireless activity. 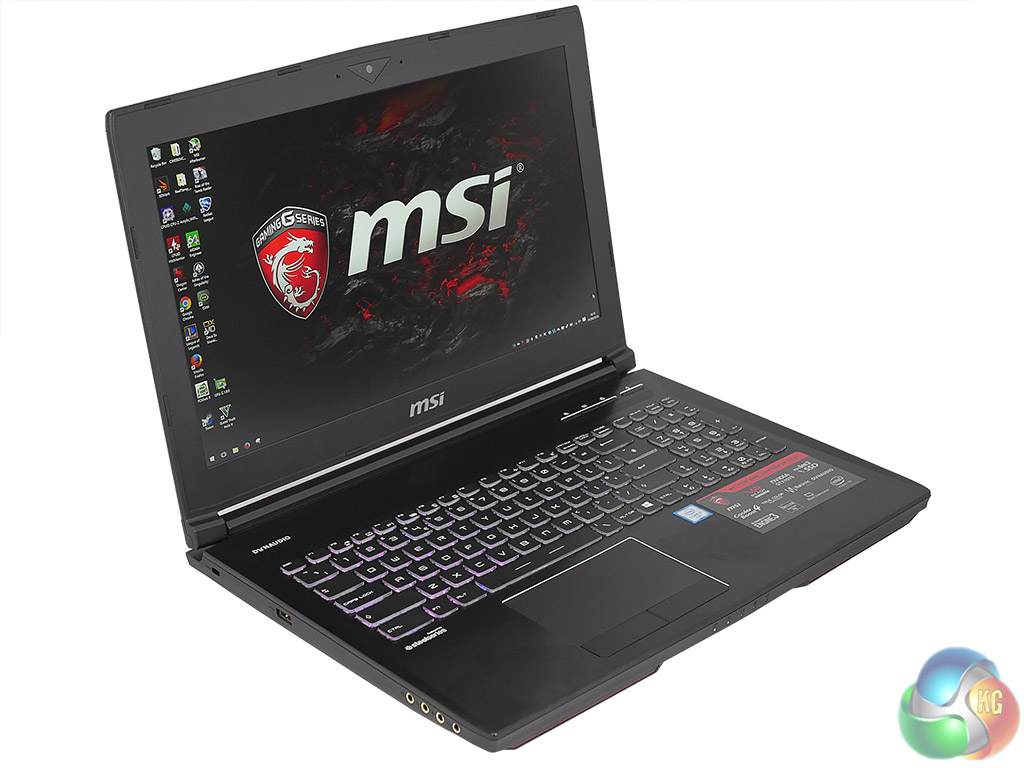