NVIDIA is placing the 7950 GX2 on the top of its product line, marketing it as the new flagship card for their GeForce 7-series of GPUs.  This is interesting because while the multi-GPU configuration of the 7950 GX2 card will out perform the previous flagship 7900 GTX in most cases, it won’t in every case.  In games that are heavily CPU bound or don’t support multi-GPU rendering modes, the lower clock speeds of the 7950 GX2 will mean it will run slightly slower than the 7900 GTX and more on the line with the 7900 GT.

The 7950 GX2 is of course still based on the same G71 architecture and chip that the 7900 GT and GTX use, so the technology, features, die sizes and all will remain the same.

Let’s take a look at some specifications comparing the top three GeForce GPUs:

The GX2 clock speeds from NVIDIA are referenced at 500 MHz core and 600 MHz memory compared to the 650 MHz core and 800 MHz memory clocks on the 7900 GTX.  The 7900 GT falls somewhere in between with a core clock of 450 MHz and a memory clock of 660 MHz.  Theoretically then, just by looking at the specifications here, we can guess that the GX2 card should perform nearly the same as two 7900 GT cards in an SLI configuration; it has a slightly faster core clock speed but slightly less memory bandwidth than a single 7900 GT.  The 7900 GTX in SLI will definitely outperform the GX2 card in all cases, but the advantage of the 7950 GX2 is that you get SLI in a single dual-slot video card (though NVIDIA doesn’t want us to say that).

The rest of the specifications on this list are a combination of the two physical G71 cores on the GX2 graphics card; everything is doubled up.  The only singularity is the RAMDAC, of which there is only a single GPU on the card will actually support video output.

What can you expect to pay for a card with this kind of technology and performance?  NVIDIA told us the expected MSRP for these cards was between $599 and $649, but of course their partners and the market will really decide the price for them.  However, based on the price of a pair of 7900 GT SLI cards and a single 7900 GTX, the $599 price doesn’t seem out of line (unfortunately).  Hopefully, after a couple months, when Quad SLI is ready for the enthusiast market, these cards will come down even further in price.

One interesting aspect that the GeForce 7950 GX2 graphics card brings to light is that fact that NVIDIA is now offering nearly platform-independent multi-GPU graphics rendering.  If you have followed SLI technology since its introduction, then you know that SLI configurations will only work on NVIDIA’s nForce 4 SLI or their new nForce 500 SLI chipsets; no Intel, SiS or ATI chipset-based motherboards can run more than one NVIDIA graphics card in SLI.  Now however, the GX2 card has dual-GPUs on a single card that only requires a single x16 PCI Express connection, thus allowing third-party chipset motherboards to use the card.  Even boards that don’t have two PCIe x16 slots can support the 7950 GX2.

I said ‘nearly platform-independent’ though because there is one catch: the motherboard has to be able to support the 7950 GX2 and its technical specifications.  NVIDIA claims that any board that completely follows the PCI Express specifications should be able to support the 7950 GX2, but that some boards might need a new BIOS to do so.  NVIDIA will be keeping a list of the supported motherboards and the appropriate BIOS at http://www.nvidia.com/GX2/ and as of this writing, the list comprised of more than 40 motherboards.

Some of the boards on the list include Intel 925X and 955X based motherboards from Abit and Intel, lots of nForce4 SLI and standard motherboards for both the AMD and Intel platform, as well as the Asus A8R32-MVP motherboard based on the Radeon Xpress 3200 chipset.  It is currently the only ATI-based chipset motherboard on the list, but NVIDIA expects more soon.  If the list keeps growing and expanding as it has over the past two weeks, then I think we’ll find the GX2 will not have any major compatibility issues. 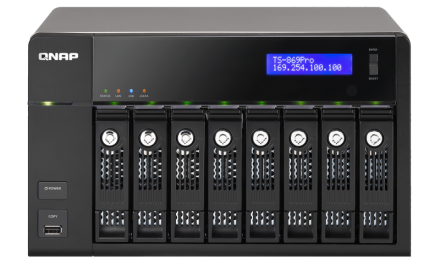