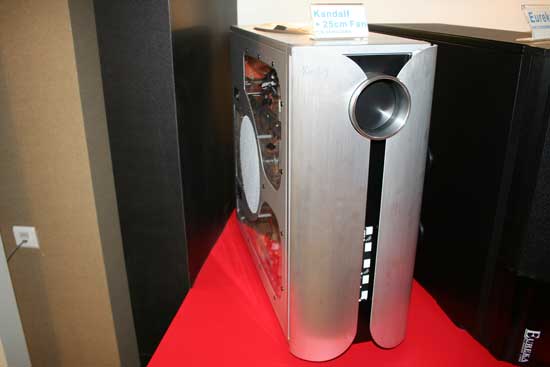 Thermaltake had much more on display including many cases both new and old.  This Kandalf unit is new and has an interesting “front-door” design. 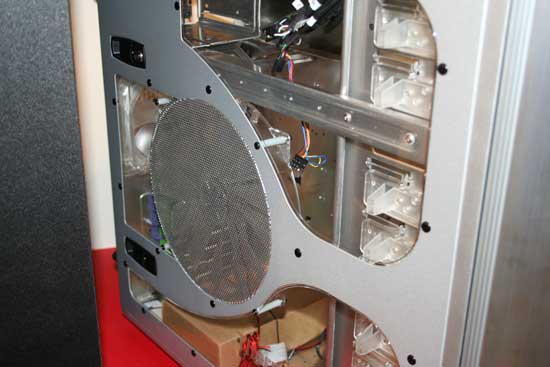 The side panel window offers easily the largest fan I have seen on a case; it is able to run at under 1000 RPM and keep the contents of the system cool! 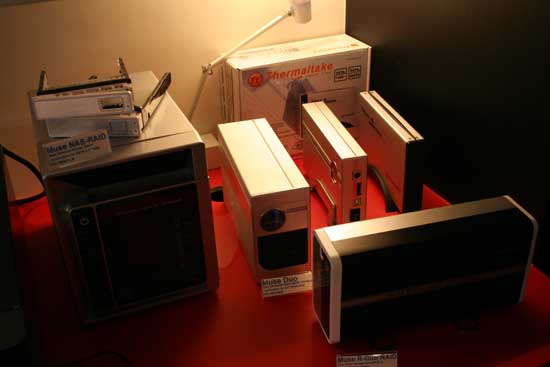 A line of external HDD enclosures might not be your first thought of Thermaltake, but several of these new designs include eSATA support — something that is sorely lacking in the industry.  The unit on the front right of the photo even has external controls for selecting your RAID mode. 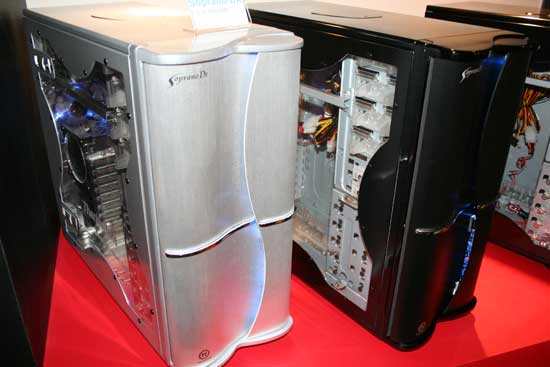 The Soprano DX line of cases seen here are simple aesthetic changes to previous designs.  They do remind me of the very popular WaveMaster case from another enclosure company. 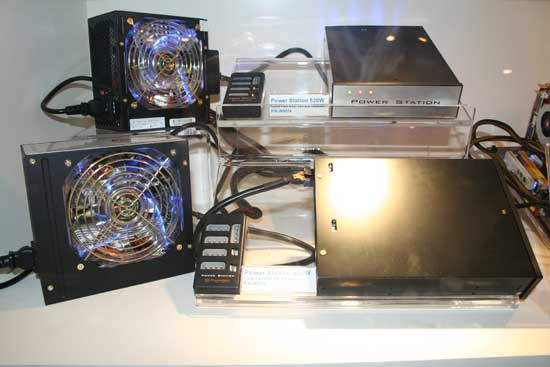 Looking at the power equipment from Thermaltake, these units are called Power Stations and allow users to clean up the clutter of their power supply by only plugging in the devices they need while also supplying additional power to the hungry enthusiast system. 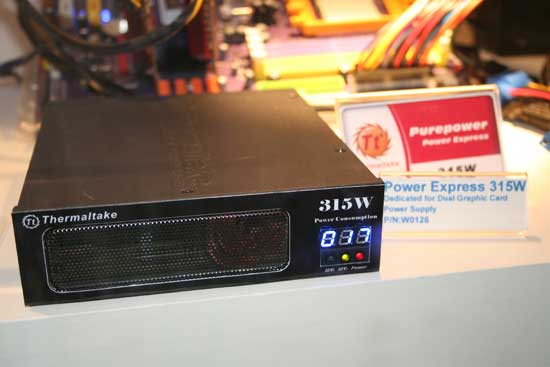 The Power Express 315 is a new part that is made to power only the PCI Express graphics cards and has its own power connection to the wall.  For users that have smaller or older power supplies but want to move up in the world of graphics without buying a new PSU, this an upgrade path now at their disposal. 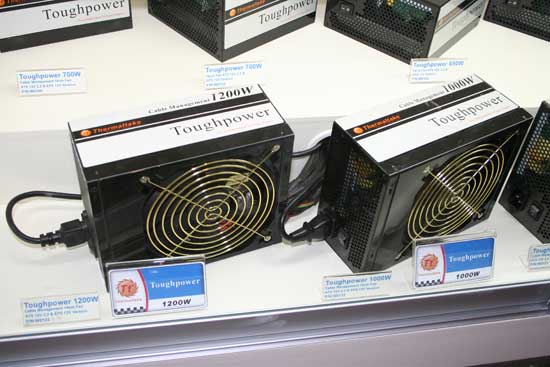 If you are looking for a bigger PSU though, how about one of these?  Either a 1000 watt unit, scheduled for Q3 this year, or a 1200 watt unit that is probably going be seen in early 2007 are options for upcoming system configurations. 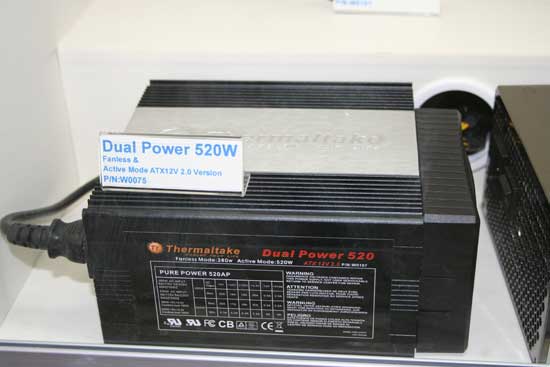 Another interesting power option from Thermaltake, this Dual Power 520 PSU has the ability to run in two modes: one at 520 watts and one at 380 watts.  The PSU can run at the lower power consumption level when the system is doing only minor items like browsing the web, but when a game starts or other power hungry application demands it, the PSU automatically switches to the 520 watt mode to push the power the system needs without user intervention. 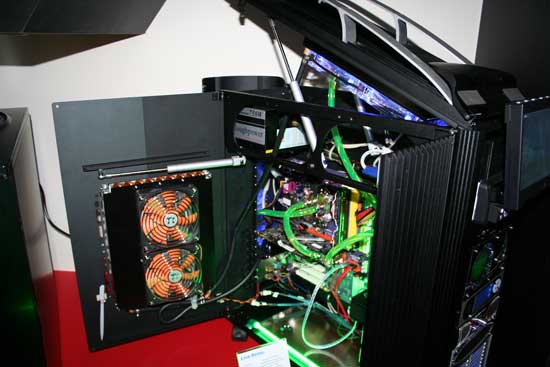 This is one wild and crazy case from Thermaltake that is currently being developed.  The top and side panel doors you see are opened by hydraulic arm actuators.  Yes, just like the hatchback on your sister’s Civic, this case “opens itself.” 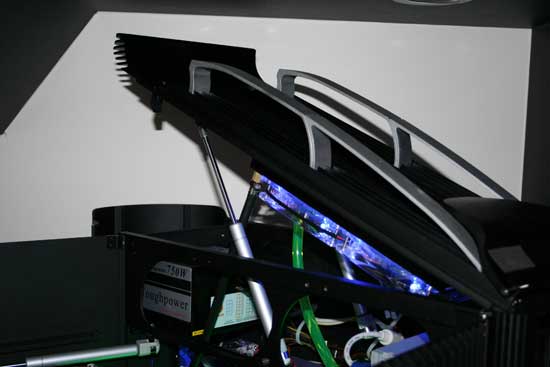 In this shot you can more clearly see the hydraulics at work and also the detail that has gone into the case design.