Silverstone is a small company that has been gaining a lot of attention and ground in the US market of cases and power in recent months.  Some of their products are expensive, but are high quality and set themselves apart from other vendors. 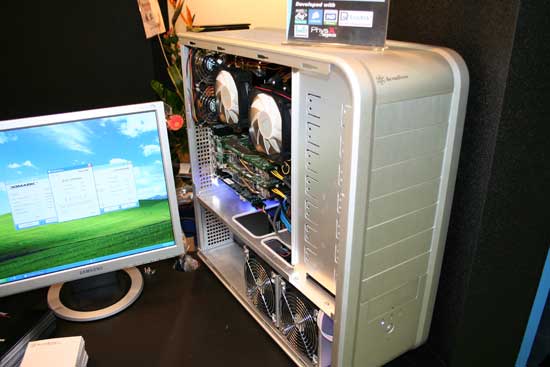 This swanky looking piece is the Temjin TJ07.  What makes this case stand out from the rest is hard to show in pictures, but must be seen and felt to really appreciate.  The body of the case (top, front, bottom and back) is built out of a single piece of extruded aluminum; and that aluminum is very think.  It gives the case an appearance of quality unlike any case I have seen.  It also adds strength and rigidity to the case. 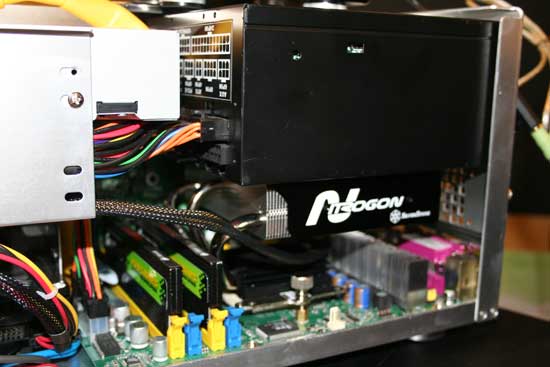 This small form factor unit, the Sugo SG01, was reviewed here at PC Perspective a few months ago.  Silverstone’s demonstration here was to show how well all of their products work together.  Here in this image, you can see the CPU heatsink perfectly fits under the power supply of the SG01.  Not an accident at all, the PSU fan then acts as the instigator of air flow through the heatsink keeping the processor cool while keeping noise low. 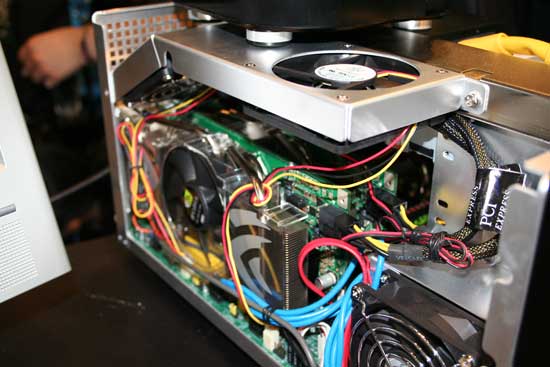 Oh, and it also sports an SLI configuration as well.  Hot damn! 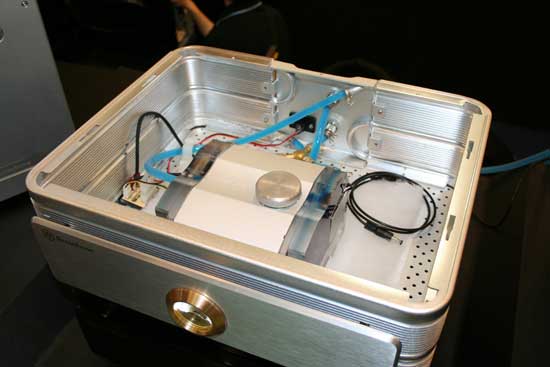 What at first looks like an empty case, this Tundra TD01 is actually a very large, elegant radiator.  The item in the center is a pump and reservoir for a liquid cooling system that looks fairly standard.  What you might not see without a very detailed look is that the coolant liquid actually flows all the way around the border of the enclosure, inside it, circling and using it to passively cool the system before it returns to the pump. 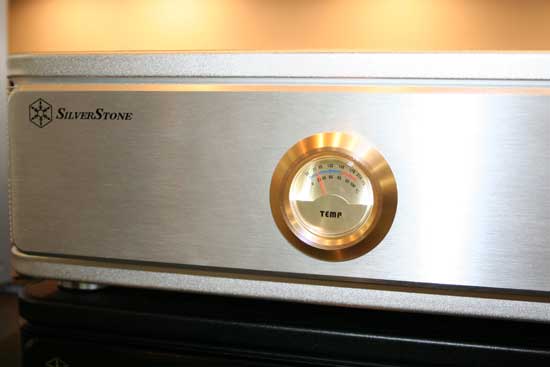 On the front of the case is a temperature display in a retro analog style that adds to the appearance of the device. 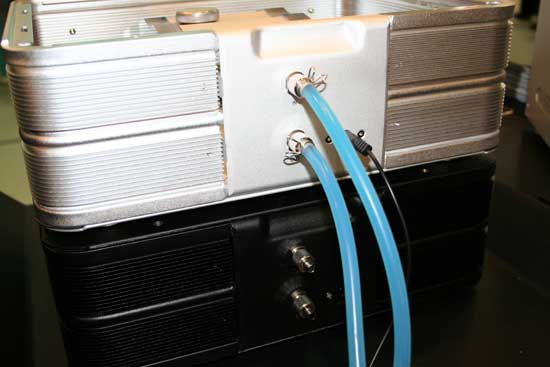 Here is the liquid coming out of the enclosure on its way to the system that is being cooled.  While this TD01 unit is pretty big and takes up a fair bit of space, the advantages here are that it is entirely a passive cooling kit; no fans are used since the radiator (the case itself) is so large.  And you certainly can’t say that it doesn’t look good while it’s sitting there. 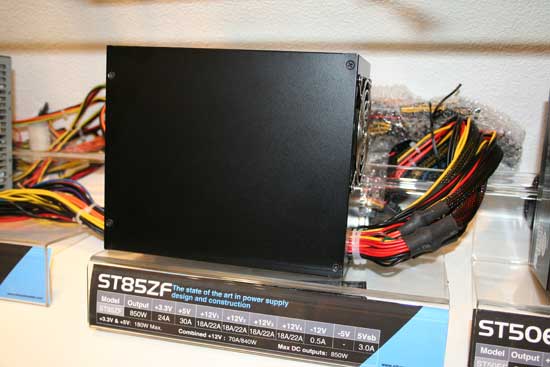 Also from Silverstone, after a recent review of the Zeus 750 watt unit, they are preparing an 850 watt unit that supports 840 watts sustained and 70A total output over the quad 12V rails.

At least the technology is mature 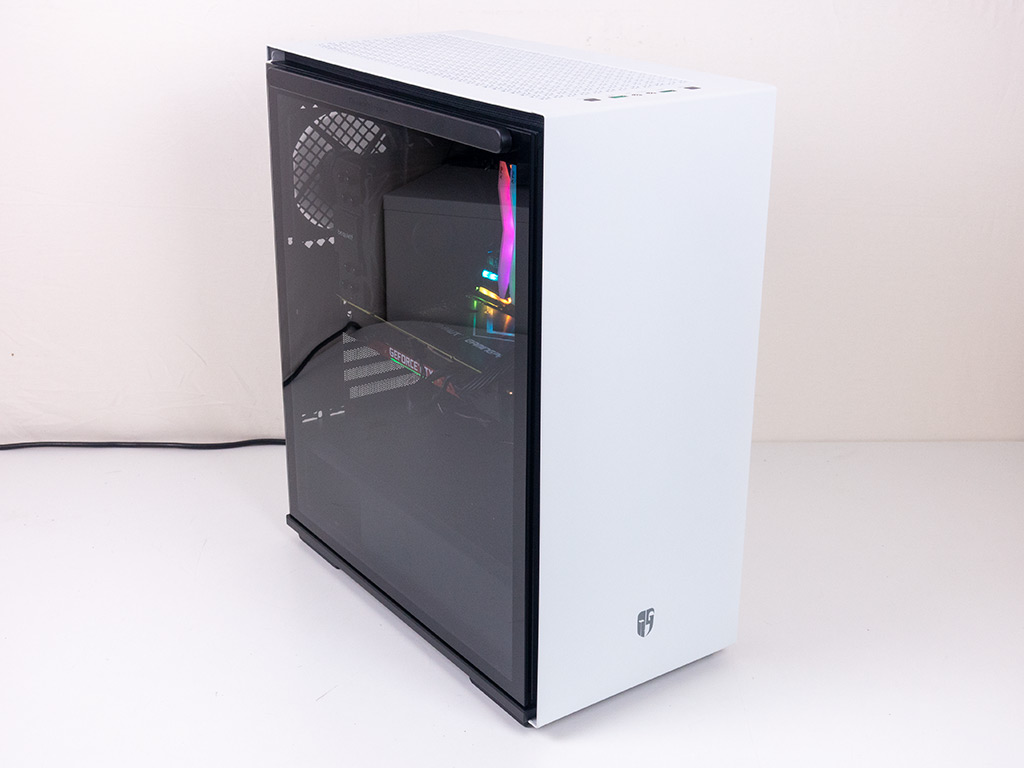 Check Out The Amazingly Deep Cool Of MACUBE!