Cooler Master also had some items on display at their booth this year in Hall 1 of the Computex trade show. 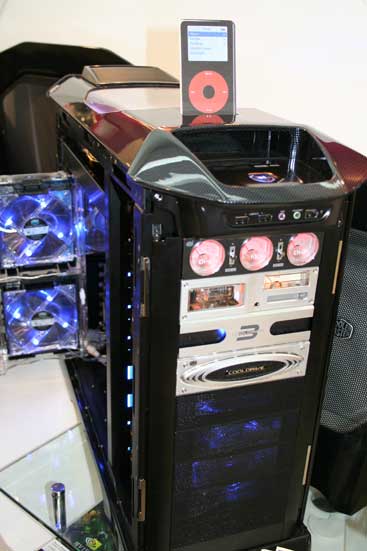 First up was the Stacker 830 that is brand new and still coming into the marketplace.  This is a prototype modification to the case done by Cooler Master that adds more than few new features.  One of them is the iPod dock on the top of the case, though the one shown there is only made of cardboard.  Cooler Master hasn’t yet decided if this kind of feature might be included, but I think it would be a very popular addition and could be easily implemented. 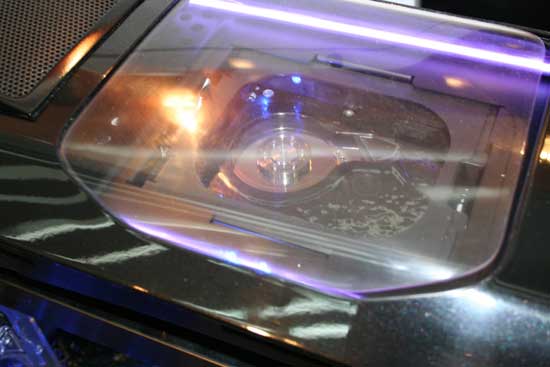 CM also put a window along the top of the Stacker case to showcase the Western Digital Raptor X drive they placed underneath it.  Now you could definitely show off your windowed hard drive with a window in your case specifically to see that window! 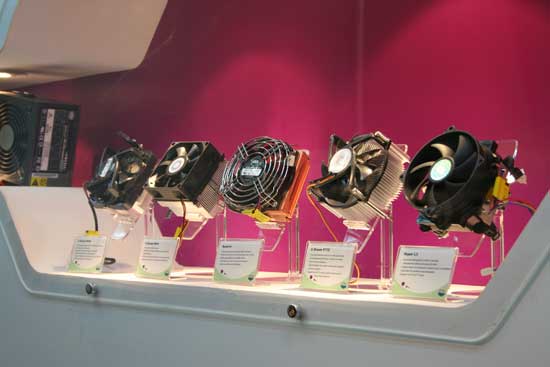 They had all of their current line up of standard coolers on display for both AMD and Intel platforms. 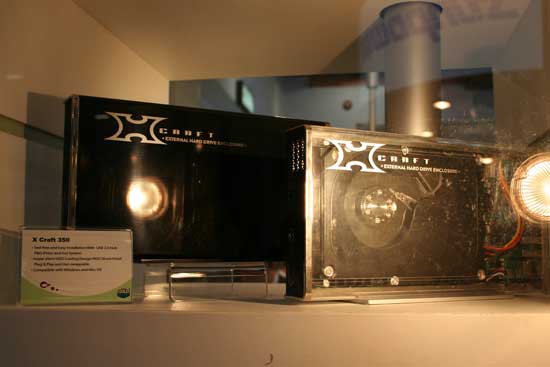 Another Raptor X based Cooler Master product, this external drive bay is still up in the air as well as both CM and WD are working together on it. 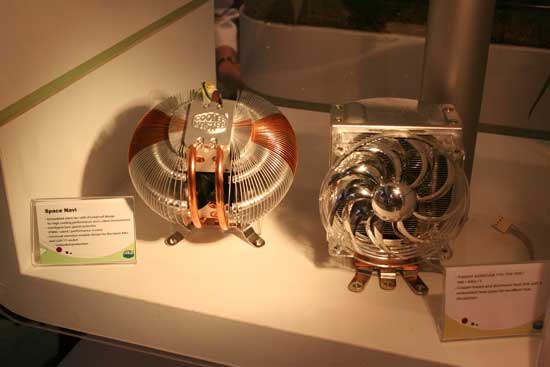 A couple of new fans on display at the Cooler Master booth, the one on the left is called the Space Navi and uses a unique design that places the fan inside the heatsink fins. 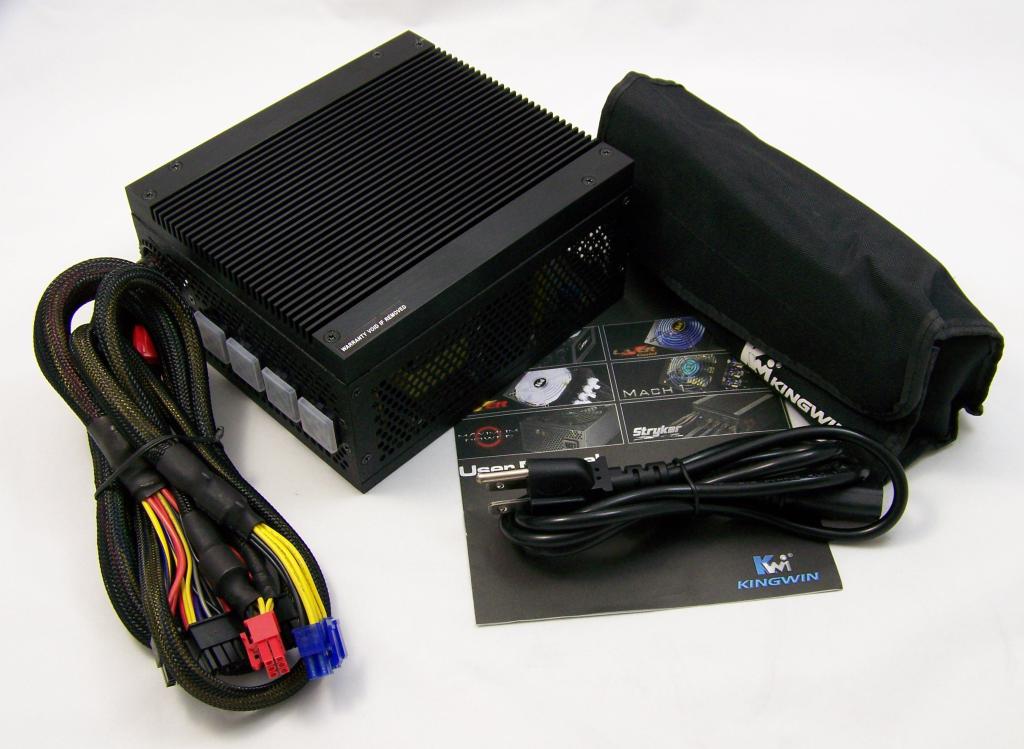 Only enough power to maim, not to kill