Thermalright is another player that has been in the business for a long time, and though has never had the marketing muscle of a company like Cooler Master, has had success with the enthusiast market. 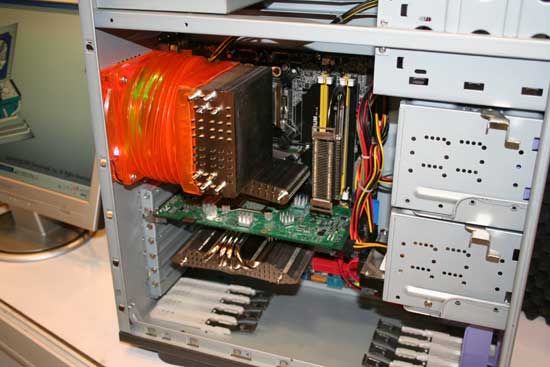 This system is demonstrating their nearly-passive cooling suite of products.  The passive CPU cooler is running on a dual-core Pentium D processor at 3.2 GHz and is attached by Thermalrights new flexible plastic shrouding to a large, quiet 120mm fan on the outside of the system, drawing air out of the case through the CPU heatsink.  You can also see passive memory coolers, a passive GPU cooler that can be switched from front to back placement as well as passive chipset cooling. 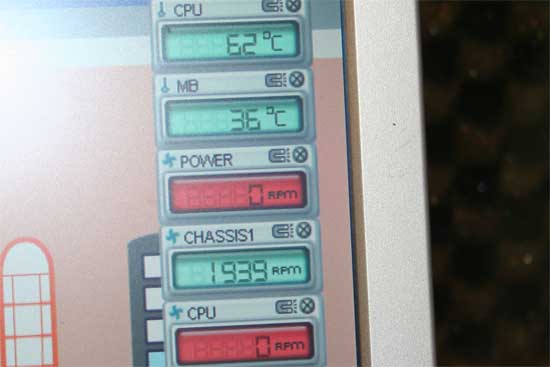 The system running under full load reports a temperature of 62 degrees Celcius on the CPU — hot but not too hot. 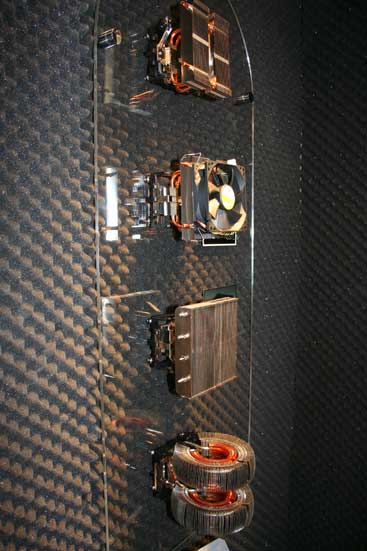 Here a few other coolers from the Thermalright, with the one on the bottom due out later this year. 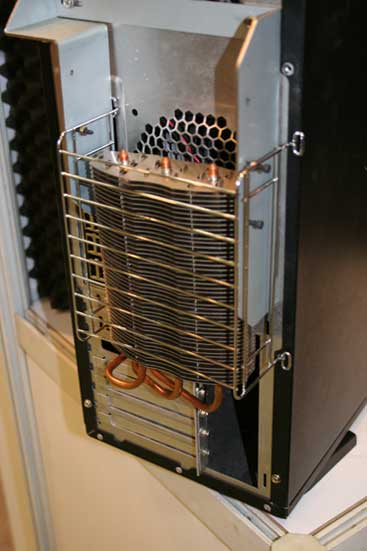 This interesting prototype is an attempt at external video card cooling.  While Thermalright’s other cooling method takes up three slots of spacing when the heatpipes are as shown in the first photo, here you can use only two slots (one for the video connetors and one for the heatpipes) and cool the card externally.  Thermalright admitted this was a very early product design but I think there is a good market for this and liquid cooling on GPUs in the near future.

The danger of Microsoft exposing it’s self