VIA, Intel and NVIDIA

VIA’s presence in the enthusiast market has been dropping, but they aren’t out yet. 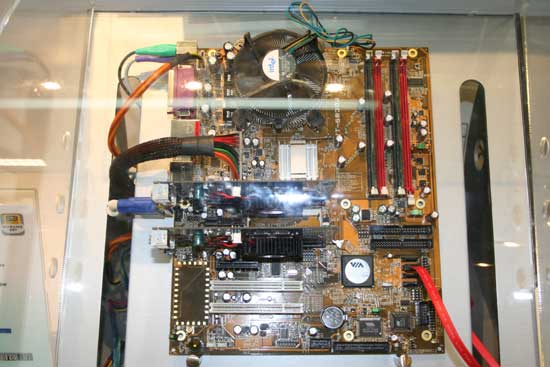 They were demonstrating their MultiChrome technology that allows you to combine two of their mid-range S27 cards for multi-GPU rendering.  We plan on getting a pair of these here soon for some testing time as their price/performance ratios look pretty good on paper. 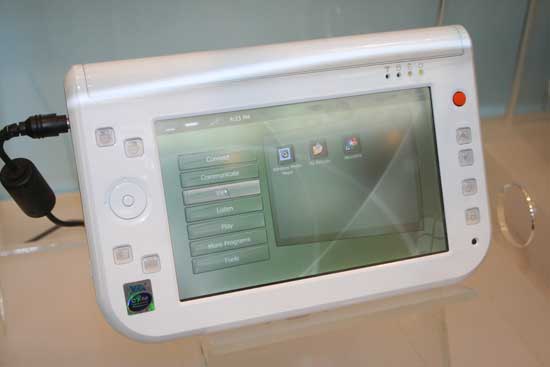 VIA’s UMPC design is the first I have gotten to use for an extended time, and thus far it seems pretty good.  While the battery life is a little low and it gets slightly hot during use, future modifications to it could make a world of difference.

Intel had a lot of promotion at Computex this year, with the launch of their 965 chipset and upcoming Core 2 Duo processors. 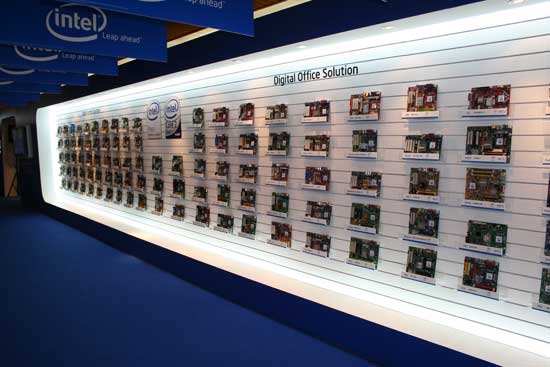 Ah, yes, the ever present wall of motherboards…this time all 965 and 975 chipset design wins. 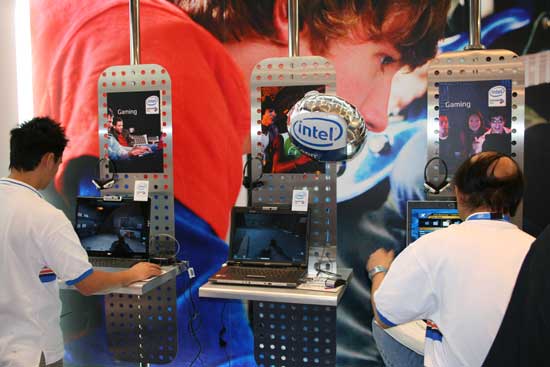 Inside their large booth area, Intel was demonstrating the power of their mobile processors by showing some mobile gaming at work. 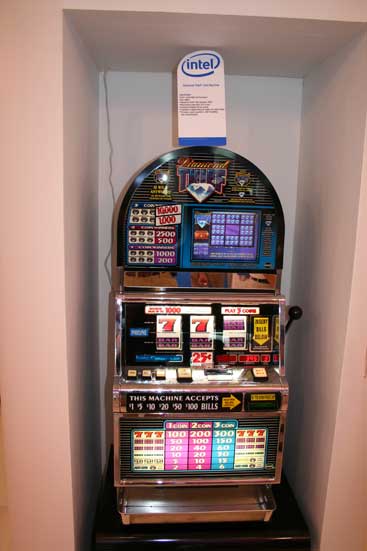 And this demo was fun…gambling powered by Intel!

NVIDIA was also on hand to demo their latest products, most of which you have already seen covered here at PC Perspective. 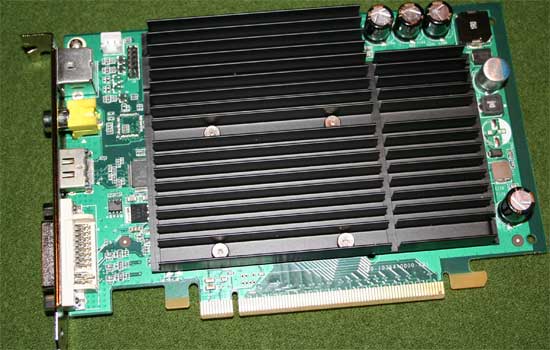 NVIDIA has finalized an HDCP-compliant, HDMI graphics card for vendors to sell and market as the PureVideo HD promotion kicks into gear.

Support for a dual-link DVI connection, S-video, composite and of course HDMI outputs are all included.

NVIDIA had their Quad SLI in action too, but this was running on an Intel Edition of the 590 SLI chipset and a Conroe processor!

Computex has now officially come and gone, but the last memory of it will forever be ingrained in my feet, er mind.  I walked many miles from hall to hall over the course of five days, and to be honest, there wasn’t a lot of excitement to be found in the world of motherboards.  With the exception of the 965 chipset, the rest of it was stuff we had already seen, or so close to stuff we had already seen, it just blended in.

With the Conroe and Merom processors due out very soon, we should be getting some more momentum in the industry as the competition between Intel and AMD should mean upgrades and new purchases for users in nearly every segment.

If you think there is something we missed, or some interesting aspect of these products we overlooked, please let us know!  For now though, be sure to check out our other Computex coverage:

Have you checked our motherboards specs database yet?  With it, you can compare motherboards side by side to get a quick glance of the features that they offer, as well as links to our reviews and pricing!  You can easily setup comparison like this one; give it a shot!

Be sure to use our price checking engine to find the best prices on the Asus M2N32-SLI nFOrce 590 SLI motherboard, and anything else you may want to buy! 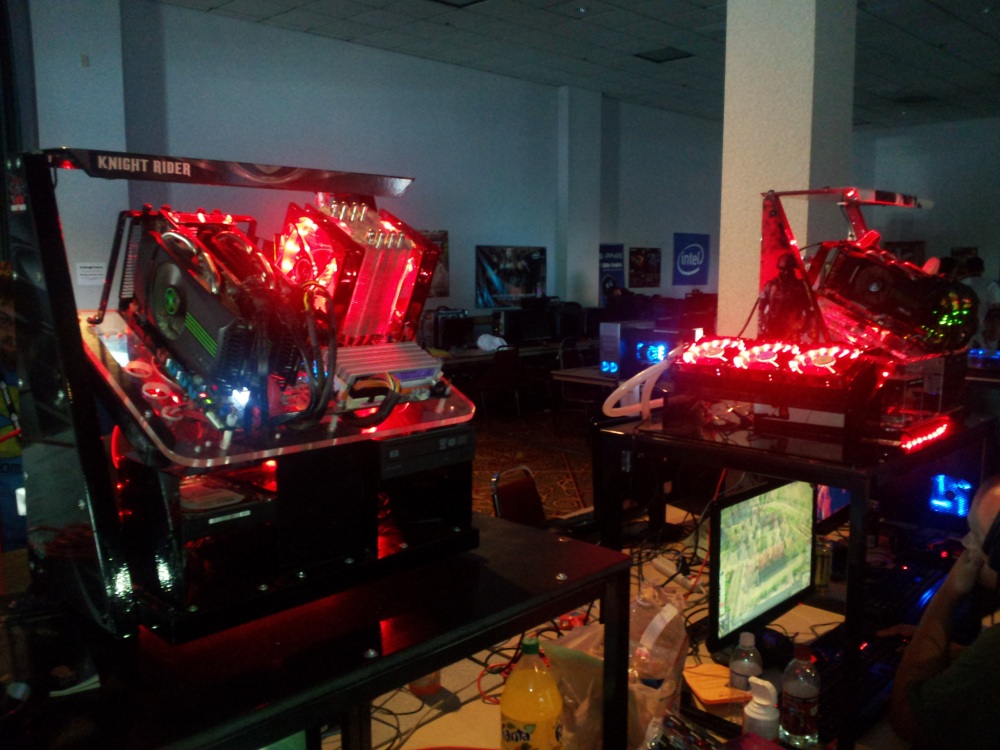