The gaming benchmarks on the previous page were a setup: games set to ultra-low resolutions with the image quality details turned down will always see differences in CPU grades; in many cases, gaming at 1600×1200 with 4xAA and AF on, changing CPUs won’t affect performance at all.  But in many of todays top games, the CPU is again becoming a bottleneck as complex AI and physics puts more of a strain on it.

I decided to take a pair of stock NVIDIA GeForce 7900 GTX GPUs and run them on both the AMD and Intel nForce 590 SLI motherboards to see how performance and gaming experience differed at resolutions gamers will actually play at.  Will either CPU have an advantage? 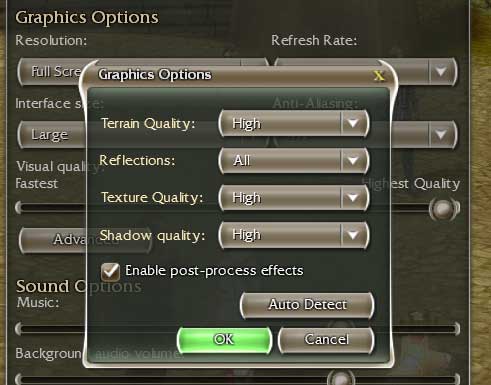 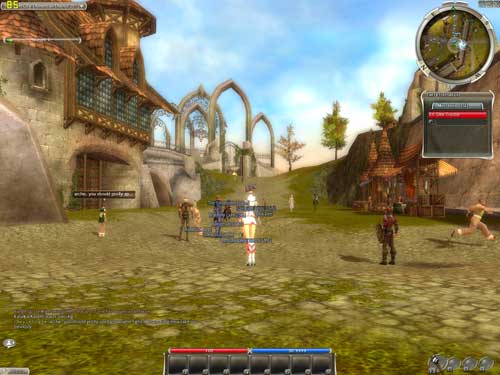 MMO games have a tendency to be CPU limited because so many autonomous things are interacting, especially in a town area like the one we are testing here.  You can see that with nearly identical setups on the AMD FX-62 and Intel E6700 configurations, the Intel platform did in fact increase the framerate by 10 FPS — a decent amount, but nothing that is going to greatly enhance gameplay for an end user. 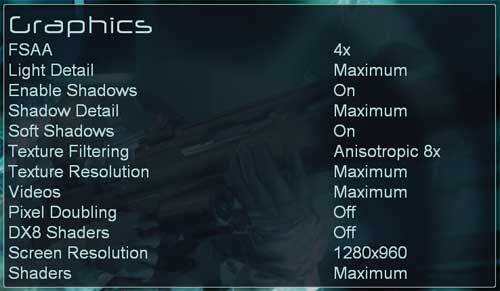 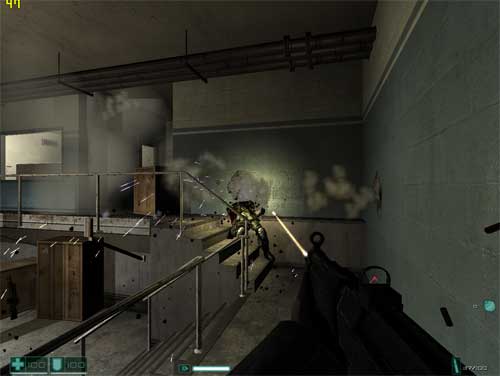 Again the Intel Conroe processor produced a faster gaming environment in our comparisons, this time by a noticeable 14% even at 1600×1200 with 4xAA and 8xAF enabled.

Call of Duty was the best selling FPS of 2003 and Call of Duty 2 looks to continue that tradition with a great game style and supurb graphics.  Below are graphical settings we used in our testing. 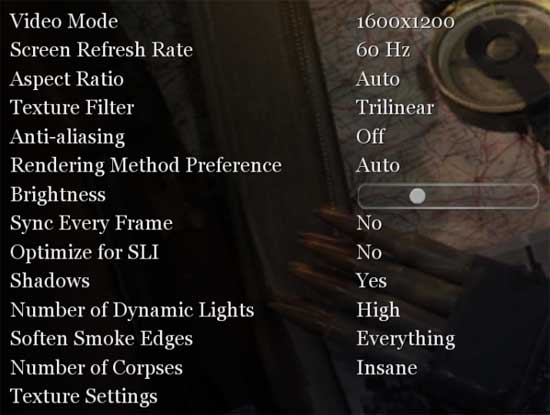 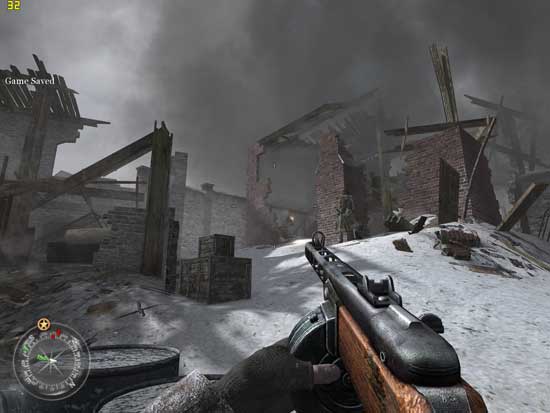 Our final game tested in our quick comparison is Call of Duty 2; scores are much closer here than on FEAR, with the Intel system showing only a few FPS advantage over the AMD system in average frame rate.  While that 5.5% performance advantage might not be of particular importance, the 13% improvement we see with the E6700 on the minimum frame rate is actually more important — better (higher) minimum frame rates definitely give the user a better gaming experience.