The Core Duo architecture, previously known to the world by its codename “Yonah”, made its first official showing during fall 2005’s Intel Developer Forum where Intel detailed the architecture highlights. We covered this extensively in August last year and you can start reading that article for a quick preview of the technology on display in this review today.

As I mentioned on the first page, the highlights of the Core Duo processor is the better performance, and nearly the same TDP (thermal design power).  They achieved this miraculous goal by taking the original Pentium M architecture, made famous by the initial launch of the Centrino platform, and tweaked it to improve on its deficiencies.  The first step was to double the number of cores on the CPU to two. The Core Duo, as the name suggests, has two processors on the same die that work in unison in a single socket.  Being on the same die is significant, because the Pentium D, Intel’s desktop processor that uses two cores, are on separate dies and must communicate over the front-side bus which decreases overall efficiency and performance.  The Core Duo, on the otherhand, cores are connected internally with a bus dedicated to communication between them. 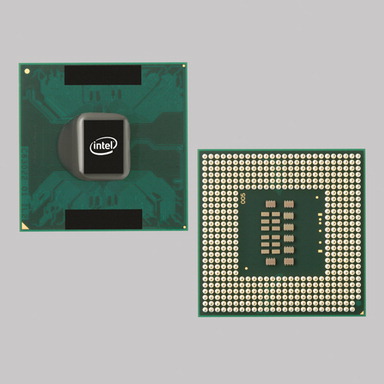 Cache coherency is much simpler with a dynamically shared L2 cache that is 2MB in total size but can be reapportioned to either core depending on load levels on each core.  The Pentium D processors much do continuous coherency checks over the FSB between the two processing cores, which slows down data transfer and computing in general.  SSE3 instructions were added in this core as well as other tweaks to the implementation of SSE2 and macro-ops that help the Core Duo achieve an even higher performance level per clock than the Dothan core before it.

The Yonah core was designed for the mobile market and such needs to be as efficient as possible for smaller notebook form factors and longer batter life.  In order to keep the power and heat levels down on the Core Duo, Intel made several changes to the core starting with the process technology it is manufactured on.  At 65nm, the Core Duo processor’s 150 million transistors are packed snuggly into a nearly 90 mm^2 die size.  Considering Intel has doubled the cores and added some new architecture features, that die size is impressive in comparison to even the 90nm Dothan core that took up 85 mm^2 of space.  Intel also included new and more granular power management for the Yonah Core Duo processor; it can turn off parts of the L2 cache when no longer needed, each core can be powered off independently when not active and all of the normal C-states can be initiated on one core or both.

It all adds up to a maximum TDP of 30 watts, only 3 watts higher than the Dothan core. Considering the frequencies are staying nearly the same (2.16 GHz on the Core Duo and 2.13 GHz on the Pentium M) and we have doubled the number of cores, a measly 3 watt increase in power consumption is truly inspiring.  Some engineers have things on the right track after all!

The only slight shortcoming of the Core Duo architecture is lack of 64-bit processing support, or EM64T as it is called in the world of Intel processors.  All AMD mobile and desktop processors in the last couple of years have had this feature and more recently the entire desktop line up from Intel has adopted it as well.  The fact that Core Duo does not, might cause some hesitation from users looking for a long term investment in a computer, but with Vista (really the only 64-bit OS worth worrying about) delayed until 2007 it looks like, desktop and mobile users shouldn’t be missing out on much. 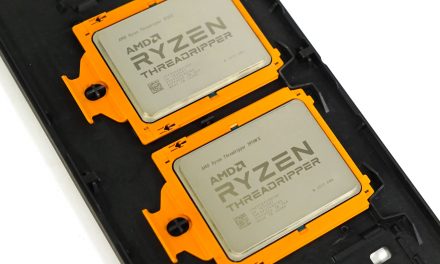