The Asus P5W DH Deluxe is a worthy addition to the Socket 775 line up of the motherboards and is going to treat users of Core 2 processors as well as Pentium 4 processors very well.

Comparing the Asus P5W DH Deluxe to the Intel 975XBX motherboard, we see that there is very little difference in performance between the two boards.  This of course makes a lot of sense as they use the same core logic chipset; the Intel 975X north bridge and the Intel ICH7R south bridge.  The synthetic processor and memory tests showed that when properly set to matching BIOS options, the boards are basically indistinguishable from each other.  The storage and subsystem performances on the Asus motherboard are right on par with the competition too, really leaving no performance factors to weigh in on this particular buying decision.

Though we did have some initial nForce 590 SLI Intel Edition reference board performance numbers in this review, it is important to note that we haven’t seen the final BIOS revision and driver updates from NVIDIA that are due here in the beginning of August.  Once we test with those, you’ll see that the NVIDIA chipset will surely catch up with the Intel chipset motherboards, at the bare minimum.

Though I didn’t show any specific overclocking results on the Core 2 Duo E6700 processor we used in testing, I did take some time to play around with the P5W DH Deluxe’s BIOS and see how easy it was going to be to really get into the nitty-gritty of pushing these CPUs to their limits.  The BIOS, as we showed you on our BIOS features page, has all the options you’ll need to really push the processor and memory to their limits to get the last bit of speed.  Voltage and frequency options, really the most important overclocking settings, are more than amply represented on the P5W DH.

The only area you might see the 975X chipset lagging is in the memory department, where NVIDIA’s “SLI Memory” initiative MIGHT give them an advantage.  This will depend greatly on their ability to make memory tweaking EASY, as well as complex enough for hardcore overclockers to tweak their hearts out.  We’ll be looking at this in a future 590 SLI article.

If there is one shining spotlight on the P5W DH Deluxe, it is in the features department.  This board offers just about everything you can want in a motherboard and then tops it off with some interesting Digital Home features. 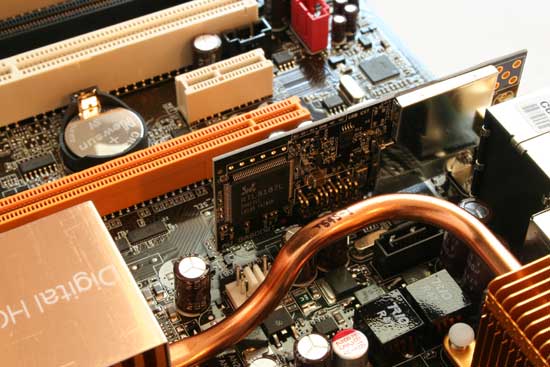 Dual Gigabit networking connections, integrated wireless 802.11g networking, three SATA storage controllers with a total of 6 internal channels and one external SATA connection, two IDE channesl (compared to one on Intel’s board), 8-channel HD audio with optical and coaxial output; that makes quite a list.  Plus the board is quiet with no active cooling on the board as it uses passive heatpipe cooling for the north bridge and MOSFETs.  If you want to try dual graphics cards, then you pop two ATI X1K cards on the P5W DH for some CrossFire action.

The digital home features are pretty unique as well and include an IR remote for some basic computer control at a distance and the ability to play audio through your PC speakers even when the system if off.

As of this publication, the Asus P5W DH Deluxe is a pretty pricey motherboard, coming in at around $250 around the web.  Newegg’s price is current at $269.  Since the board is based on the 975X chipset, there were no NDA’s keeping the boards from being released and thus the P5W DH Deluxe is already in wide circulation; it was just waiting for the processors to be released, which happened this past week.

The Asus P5W DH Deluxe is one of the most robust and complete motherboard solutions we have seen in a long time with options for both the hardcore overclocker as well as the digital home enthusiast.  If you are looking to upgrade your system to a new Conroe-based Core 2 Duo or Core 2 Extreme processor, then you definitely should be giving the Asus P5W DH Deluxe a look!

Be sure to use our price checking engine to find the best prices on the Asus P5W DH Deluxe, and anything else you may want to buy! 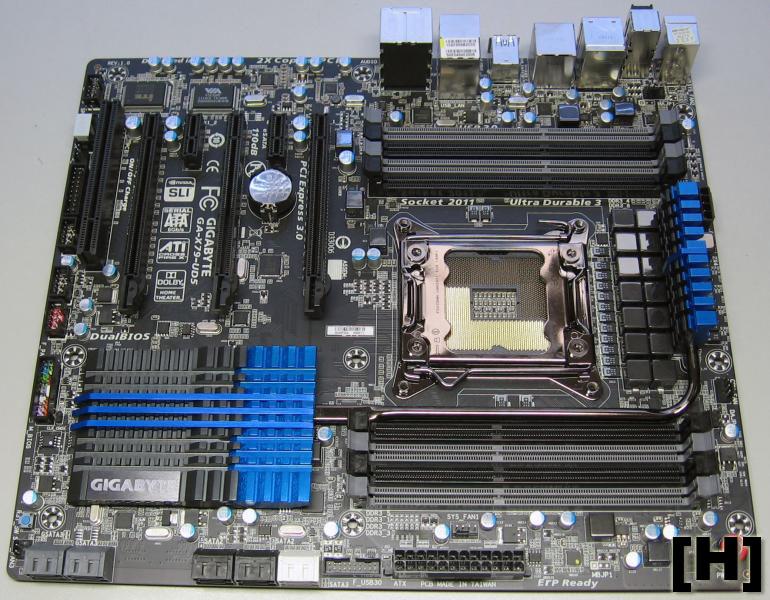