AGEIA has also now given names to many of the physics processing features that the PhysX chip can employ for gaming.

From the information above, we get a few new informational tidbits about the architecture on the PhysX PPU.  In the first bullet, AGEIA calls it a ‘highly tuned multi-core processor’ which may or may not indicate dual cores as we know them right now.  I have a feeling that the reality here is a reference to many different pipelines or threads.  The last bullet also indicates that with software driver updates and possibly firmware updates, the PhysX PPU can be ‘upgraded’ to support new features.  An example of this is cloth; while the initial software release from AGEIA didn’t have support for cloth in it for developers, the latest revision added it in and any current PPU users would have had the benefit for free.

Installing the PhysX driver is just like adding another component to your system.  Turn off power, plug in the card, reboot, run setup.  After the installation and a reboot, you’ll have a new icon in your system tray (though you have the option to disable that).

Here you can see that it shows what versions of the PhysX engine are loaded on the system — we have 2.4.2 which was the latest main engine available at review time, and the Cell Factor demo came with a different 2.4.9 version for its own use as well.  It appears that each game developer then might have the ability to custom make or tweak their own PhysX engine and installing with their software. 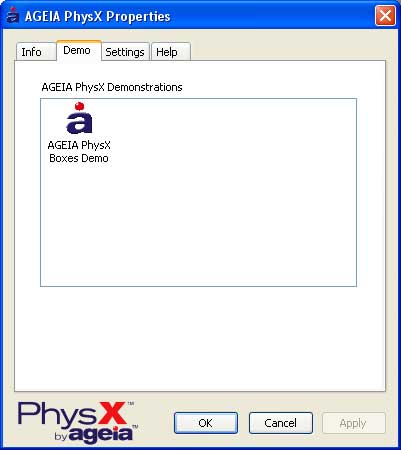 The tab for demos was pretty bare, with only a single block demo to play with. 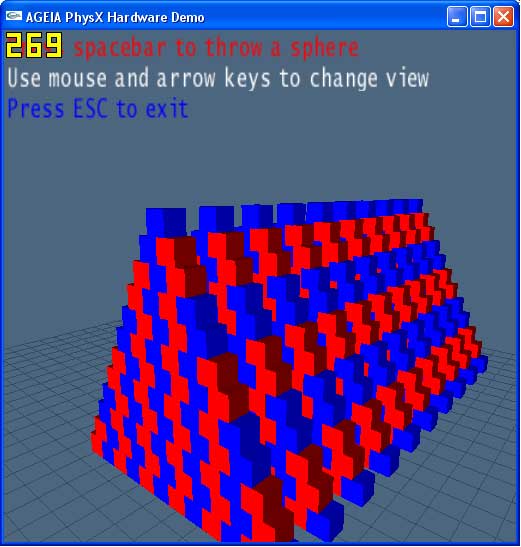 Its not very exciting looking, but dang it all if I couldn’t stop tossing sphere’s at the blocks over and over and overâ€¦.

In the settings tab there is some kind of diagnostic test that can be run to see if your software and hardware are working properly.  Unfortunately, there is no indication of what these tests are actually doing and the text report file that it generates is just as useless.

As I mentioned before, the PhysX PPU is based on 130 nm technology and sports a total of 125 million transistors.  While noticeably smaller than modern GPUs or CPUs, the chip isn’t small in reality and I was curious to see just how much power it could gobble up.

Here are our currents results, with one big caveat: load numbers are basically meaningless.  The idle numbers are shown at boot up, with the PhysX PPU consuming an additional 21 watts of power at the Windows desktop.  For load testing, the best I could do was to start up Ghost Recon and shoot the dust and ground continuously to try to force more physics calculations onto the PPU.  Unfortunately this is far from putting a strenuous load on the card, and in fact our physics-heavy Cell Factor demo didn’t seem to put that much additional load on it either.  So while there is a 23 watt difference between the ‘with’ and ‘without’ PhysX PPU systems, and thus only 2 watts of additional, load-bearing power being consumed by the PPU, chances are that the load numbers will rise as time progresses and applications get more complex. 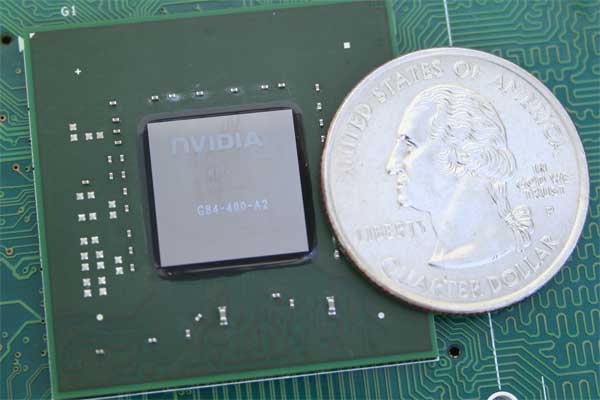