Intel’s next generation mobile CPU is finally here and we run it through its paces to see if the wait was worth it. Can we expect a massive performance jump as we saw on the desktop part? Read on!

Intel has been keeping us very busy here on PC Perspective these days and for good reason – the company is producing some of the most anticipated CPUs in recent memory. Finally, after all the buzz and coverage that started at IDF this past Spring we have actual Core 2 Duo CPUs to test. Last week Ryan showed (and even before that) the world that the latest desktop Core 2 Duo CPUs (aka. Conroe) from Intel can take anything AMD can muster and firmly grinds them into a fine powder in performance, power consumption, and price.

Not to be forgotten are the mobile counterparts to these new CPUs — known to the world as Merom. This new mobile CPU is the successor to the wildly successful Yonah Core Duo CPUs and comes with many new improvements including EM64T (Intel x86-64 extensions) for 64-bit processing.

Let’s first take a quick walk through the technology and history of the Conroe and Intel’s new Core Architecture again for those of you unfamiliar with the technology. 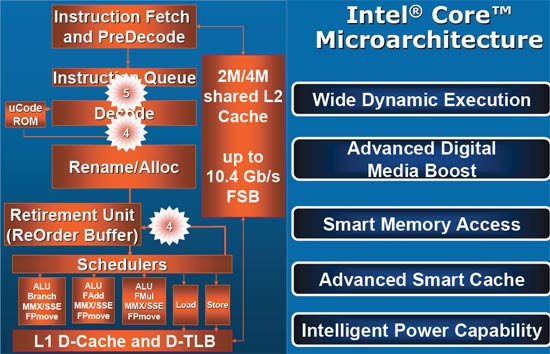 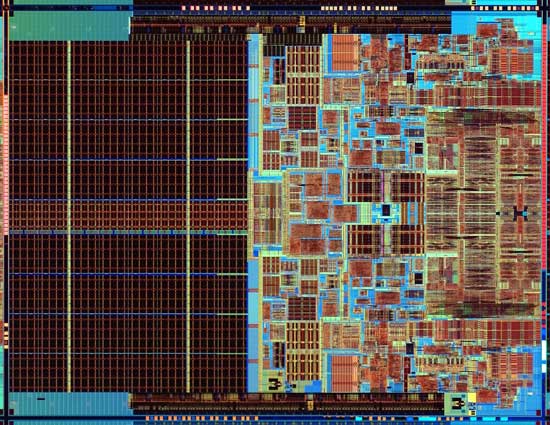 If you would like even more details, diagrams and information on the Core Architecture technology, you should definitely check out Ryan’s article from IDF that covered this in much greater detail than we have here.