We will measure the performance of the Core 2 Duo T7400 and it’s memory controller by using SiSoft Sandra 2007 and ScienceMark 2.0. These are low-level tests which do not replicate real-world results, but offer a good standard measurement to compare CPU and memory performance across platforms. It’s worth noting that this is the first time we have used SiSoft Sandra 2007 here on PC Perspective. 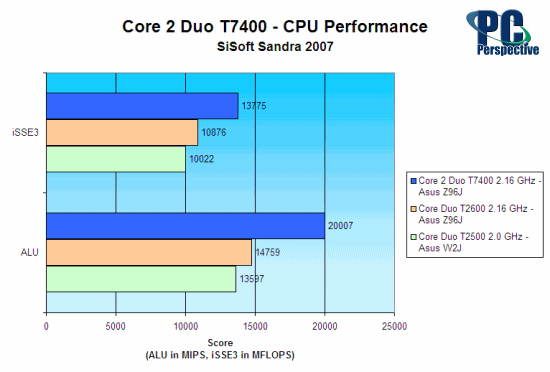 The new Core 2 Duo T7400 has some serious improvement in terms of floating point and integer operations. If there was anything lacking from laptop CPUs it was the poor math / number crunching performance. It would appear Intel has addressed this in their latest mobile chip. 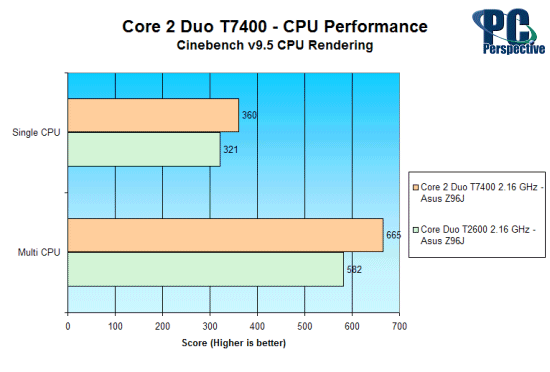 Cinebench 9.5 is a nice multi-threaded 3D-rendering benchmark that runs through different rendering configurations and scores the CPU and graphics adapter on its ability. The above results show that the Core 2 Duo T7400 has a significant lead on the Core Duo T2600 confirming that the floating point operations on the Core 2 Duo is vastly improved. 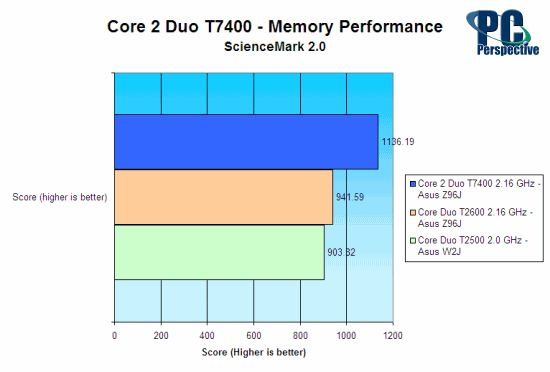 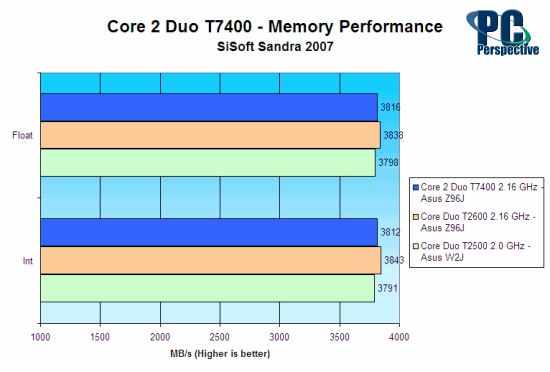 Though SiSoft Sandra does not show an improvement in memory throughput, ScienceMark 2.0 does. We know that the memory controller on the T7400 has been improved with better caching and the ability to reorder memory operations for improved performance, and it would appear Science Mark shows these improvements better. 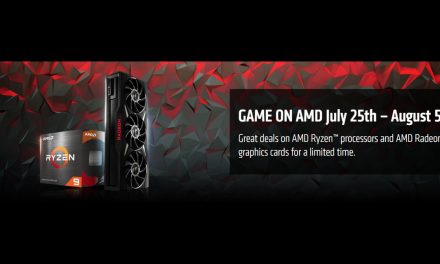