First let’s take a run through 3DMark to see some initial scores in hypothetical gaming situations. 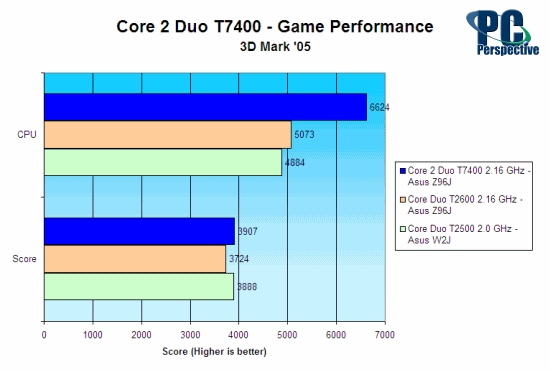 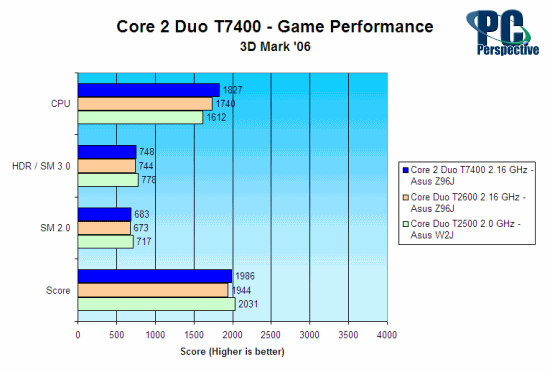 In 3DMark 05, it would appear that the T7400 makes a big difference, but according to 3DMark 06 the CPU has minimal effect. As far as 3DMark goes, improving the CPU does little to improve your gaming experience, but is this true? Let’s now take a look at some real-world games and see.

The Pointe du Hoc, D-Day mission is an intense mission that starts with the scaling of the cliffs at Pointe du Hoc on the beaches of Normandy. There is a lot of action on the screen which many video cards struggle with. We turned down the graphics to 640×480 with medium details to enhance the effect of the CPU on the game. In Quake 4, we use the standard 1024×768 resolution with High detail settings. 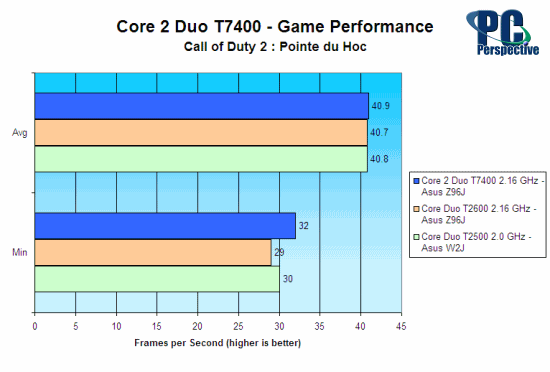 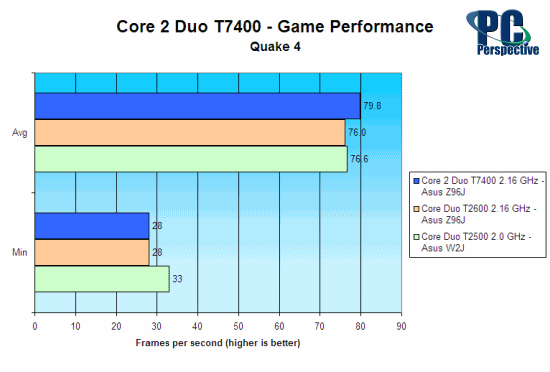 In Call of Duty 2, there was no measurable effect the faster T7400 has on the game, but Quake 4 showed a slight improvement. Gamers know that the key to improving your game is through practice and a decent video card, not a CPU in today’s major gaming titles.