NVIDIA’s 7-series of GPUs has probably been their most successful lineup in several years.  Starting with the 7800 GTX launched in June of 2005 and working its way up to the March 2006 launch of the 7900 GTX, 7900 GT and 7600 GT cards.  In nearly every instance, NVIDIA was able to deliver a card that was not only better performing than what ATI had available for a similar price, but was able to have retail availability on, or nearly on, the launch date of the product.  This resulted in some of the first industry “hard launches” that allowed enthusiasts to buy the products the very same day that the reviews hit the web. 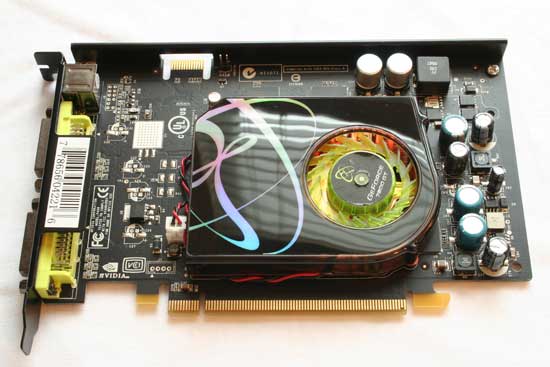 You can see that the XFX 7600 GT card does not require the use of any extra power as there is no power connection on the rear of the card.  Instead, NVIDIA’s 7600 GT GPUs can get all the juice they need from the PCI Express bus. 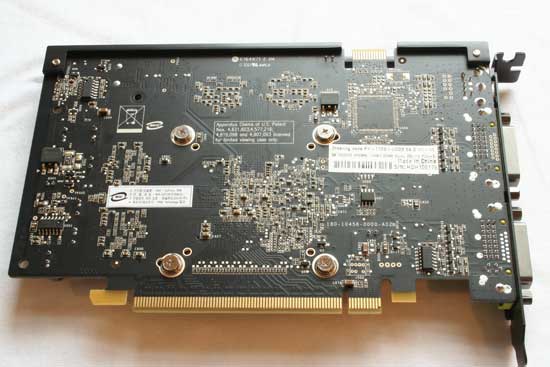 There is nothing much to see on the back, as all of the memory is located on the front of the card. 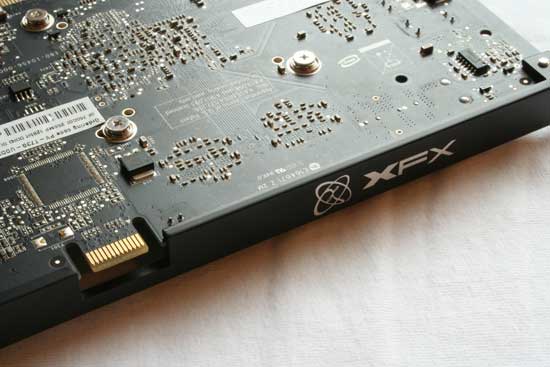 Looking along the top edge of the card, we see the now familiar SLI connector that allows users to pair up two 7600 GT cards in a multi-GPU rendering configuration.  The black metal along the top is an XFX-specific feature that stabiliizes and strengthens the card when installed.  It looks neat too with a flat black finish and shiny XFX logo to boot. 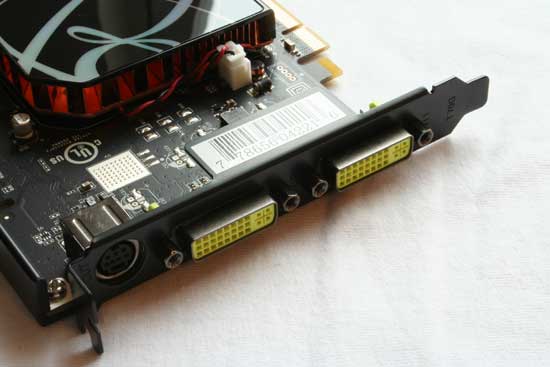 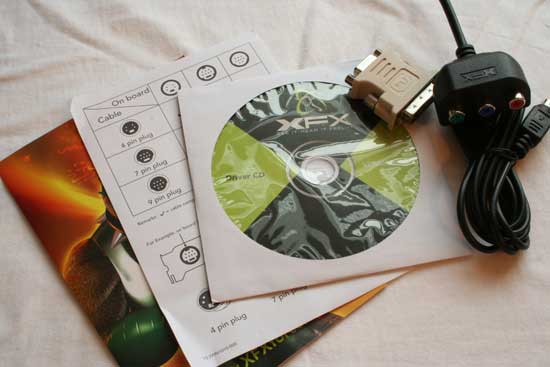