That’s a lot of information to digest at one time, but the Asus Crosshair motherboard was worth the time it took to completely test it.  Let’s summarize the various aspects of the board to get a good overview of what it offers the gamer and enthusiast.

As expected, the performance of the Asus Crosshair motherboard is on par with, or ahead of, the other nForce 590 SLI motherboards we have tested, as well as the XPress 3200 AM2 reference board from ATI.  Even though AMD has moved to DDR2 memory with the AM2 processor socket, the performance between motherboards of the same and other chipsets is still negligable, as the memory controller is still on the processor.  Since that is the case, the performance benchmarks that look at video encoding, audio encoding, gaming and applications testing all show the boards using the FX-62 processor to be at the same level.

Subsystem testing is a different story though — as motherboards often use different SATA and RAID controllers as well as different FireWire chips, data and I/O performance can differ greatly.  Though the Crosshair board didn’t beat any records with the USB and FireWire tests, it did well enough and should be more than fast enough for any user.

This is one area where the Asus Crosshair board really excels.  As we showed you in a TON of screenshots and in lots of detail earlier in the review, the BIOS on this motherboard has more tweaks and settings than even we could explain.  Asus was attempting to one-up the very popular LAN Party series from DFI that has gained attention as the best overclockers motherboard with extremely minute BIOS settings and detail.  The Crosshair board, in my opinion, offers at least equal settings and options and might even get a nod above the DFI offering since their implementation makes it easy for BIOS beginners to access the standard BIOS options (like the four most common memory timings) without having to wade through the dozens of more complicated and less used settings.

Anyone that is looking to get an AM2 setup and try to overclock it will also like the various voltage settings and profile options, including the ability to move the memory voltage up to above 3.2v!!

Here is another area where Asus is really passing up the competition on.  Based on some new technology from the company, the Crosshair motherboard offers up a lot of options and little features that really help the board stand out.  The on-board power, reset and CMOS clearing buttons are really nice and add to the appeal of the board to tweakers and overclockers.  The LED lights around the expansion components might seem gimmicky at first, but could be useful for frequent LAN gamers and those that are often inside their cases moving things around or just doing general tweaking.

The LCD post display on the motherboard is a nice touch as well, and was handy to have and fun to play around with.  I question the usefulness of it along the back of the motherboard as when its in the case you won’t be seeing it very easily.  The EL-lighted back panel though is a nice touch, making it easier to see the connections when you are poking your head around the back to install that new USB device so you don’t plug it into the secondary ethernet port instead.

The other features like the silent chipset cooling with the heatpipe technology, capless power design and included software round out the features on the Asus Crosshair board and present a very good pacakage for any user.

The Asus Crosshair motherboard is just now starting to enter the mainstream channel, though a few vendors have it listed on their websites already.  It is currently for sale on our Pricegrabber engine for just over $240; a bit high for a motherboard but not beyond what we have seen from other boards of this caliber.  For comparison the Asus M2N32-SLI Deluxe board is selling for just about $200 and the Intel-platform P5N32-SLI SE Deluxe is selling for similar $260-$280.

Update 8/15/06 @ 9:30am: Since my writing of this conclusion last night, several other vendors have begun selling the Asus Crosshair including Newegg.com, who has it on sale for $239 today only!

As the availability of the Crosshair motherboard increases, I would expect the price to drop, but not much.  Expect to pay around $250 for this motherboard and most motherboards that will follow in the “Republic of Gamers” campaign from Asus.  You will be paying top dollar, but also getting top shelf products as well.

The Asus Crosshair motherboard is a welcome change to the world of me-too motherboards that has plagued us for years.  By adding things that at first seemed like gimmicks, like the on-board LEDs, LCD post screen and EL-lighted back panel, the Crosshair motherboard has become a unique product that deserves a lot of attention from enthusiasts and gamers.  It offers just about everything for everyone, and if you are going to be building a new AM2 system, I’d have no problems recommending the Asus Crosshair.

We have started a thread in our popular Asus motherboard forum to discuss this review and the Crosshair in general.  If you have questions, comments or would like to see what others think about it, stop in and give it a read!

Also, if you haven’t tried our Product Specs database out yet, I suggest you do so, as it allows you to make some good, yet simple comparisons with the click of a mouse; like this one of the Asus Crosshair, Asus M2N32-SLI Deluxe and the Abit Fatal1ty AN9 32X motherboards.

Be sure to use our price checking engine to find the best prices on the Asus Crosshair, and anything else you may want to buy! 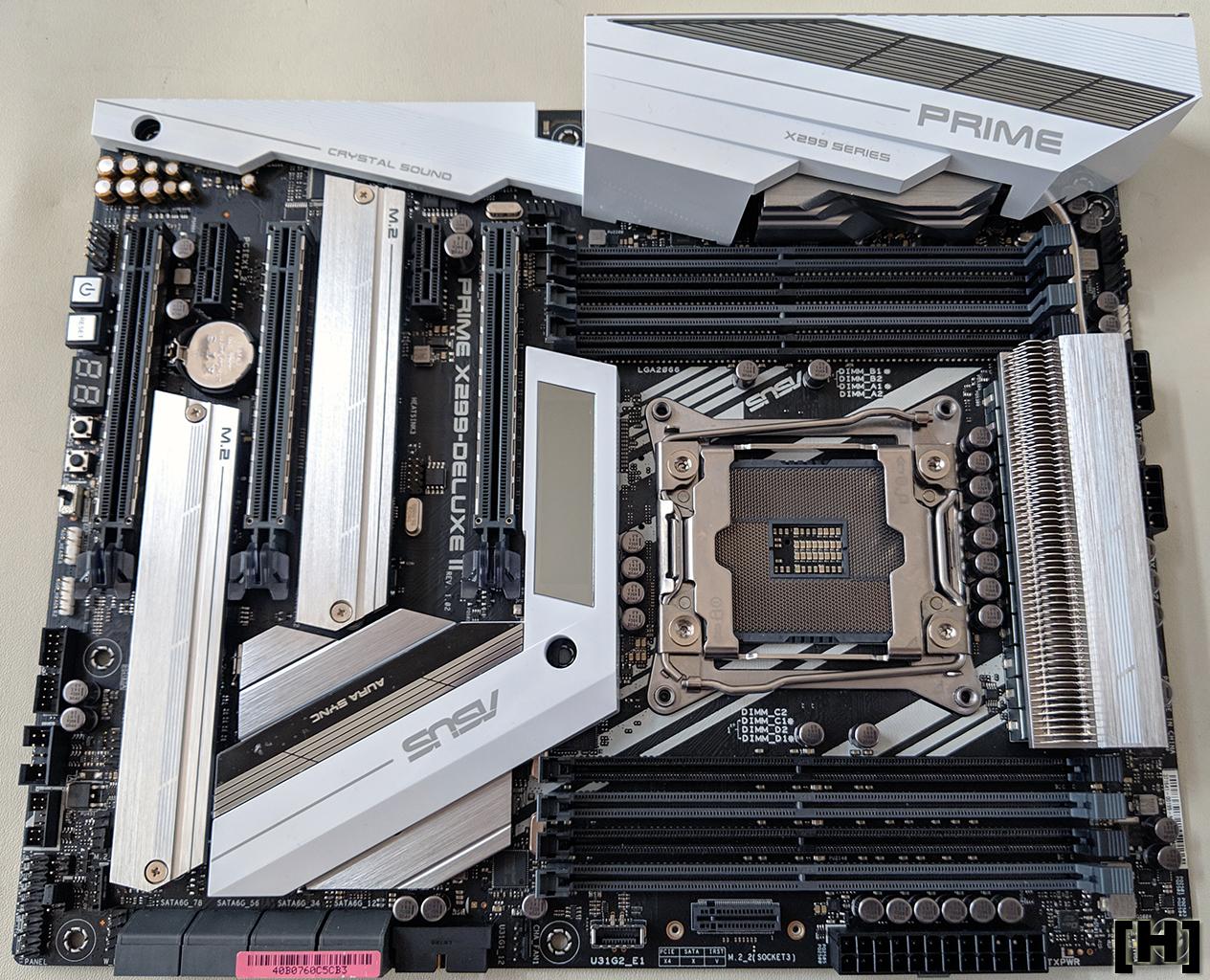