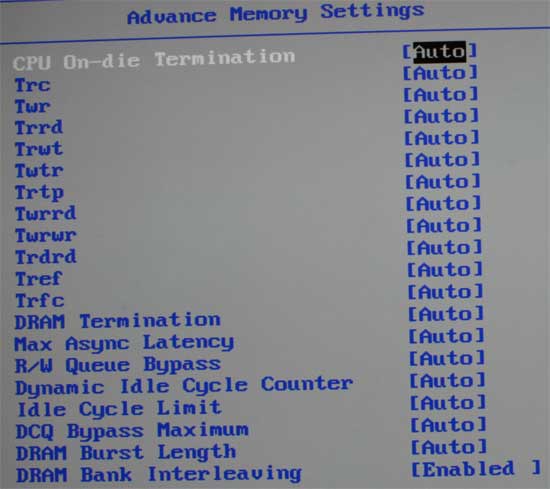 Stepping into the advanced memory settings, you can see that the number of options has been expanded on greatly than your basic four or six settings.  Here we have tons of DDR2 memory timings that are fully adjustable.

Being able to adjust the CPU’s on-die memory termination is a new feature, though its usefullness will be discovered by the elite few overclockers. 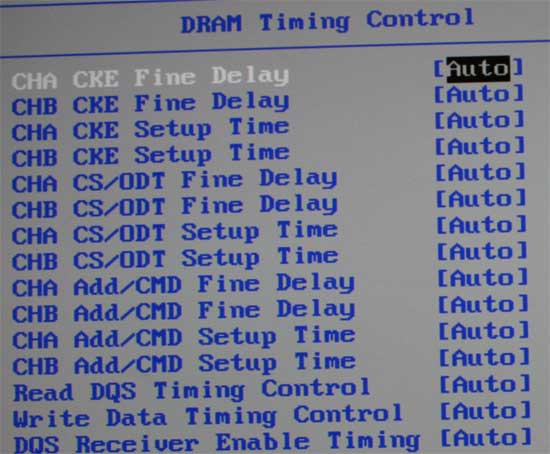 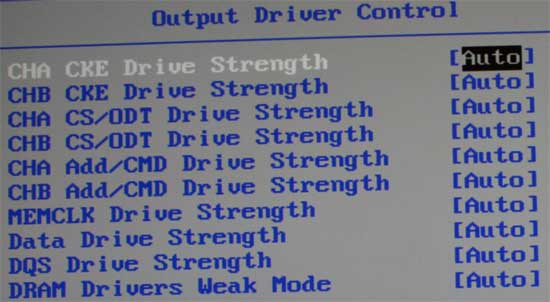 DRAM timing and driver control is incredibly detailed on the Asus Crosshair motherboard.  Never have I seen the amount of options that are user controllable, that can also be set individually by memory channel.

NVIDIA’s SLI memory options show up here because we have SLI-ready memory, and you can see that we have the options of choosing pre-set memory timings, voltages and speeds that are determined by the chipset and memory SPDs.

If you choose to set this option, you are telling the motherboard how far it is allowed to overclock the processor in order to get the best performing memory subsystem.  A setting of MAX allows it to go as far as it wants, where as a 10% setting will only let a 2.4 GHz processor overclock by 240 MHz.

The NVIDIA GPU Ex setting tells the BIOS that you are using an NVIDIA GPU so it can tweak performance settings accordingly.

The Asus Crosshair BIOS has the ability to report the status of networking cable length and quality.

Ah, the classic, PEG Link mode — overclocking your GPU for you since 2004. 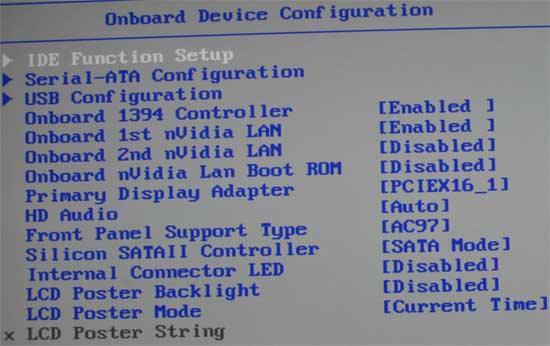 All of the on-board devices can be enabled and disabled here in BIOS.  Notice the LCD Poster options at the bottom.

Here I set a user string to the LCD, so when the POST and boot process are complete, the back of the motherboard displays “PCPER” on it.  It is limited to 8 characters though, and user strings can not scroll.

The hardware monitor functions start here with voltage, temperature and fan speed controls at your fingertips. 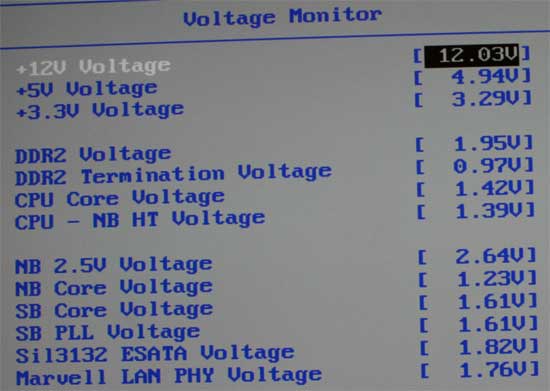 There are lots of voltages being reported here from the PSU rails to the processor, memory and other on-board components.

Temperature monitors for the CPU and motherboard, as well as having three other temperature diodes (that come with the motherboard) that the user can install anywhere they’d like.

The fan speed monitor reports a total of 8 fan speeds! 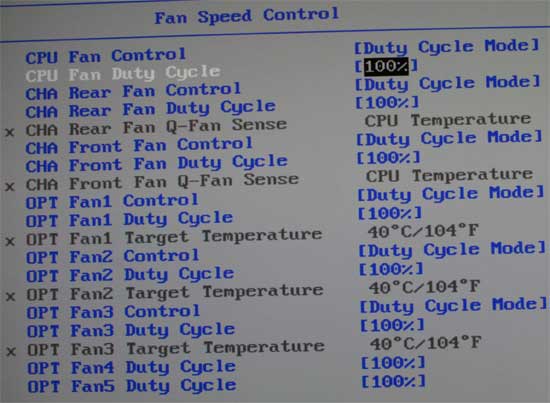 Fan speed control is pretty robust again in the Crosshair BIOS as you can see here. 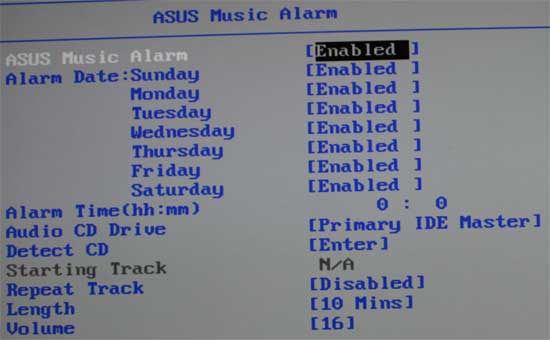 Another oddly unique feature on the motherboard is the ability to create the most expensive alarm clock ever!  You can set the BIOS to turn on the PC at a certain time and play a track of a CD to wake your lazy butt up when you fall asleep at the keyboard playing World of Warcraft.

Finally, thanks goes to Asus for allowing you to save profiles (up to three) so you can adjust and save what you like.  Now you don’t have to write down your options on the 100+ timings we just saw!