“General System Performance” is a pretty broad heading, but in our case this means a series of tests that measure the performance of various parts of the system in unison. 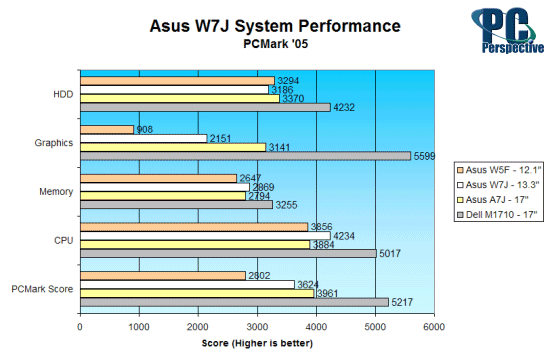 The faster CPU, and more plentiful and faster RAM helps put the W7J ahead of the W5F in nearly every test. The first look at graphics performance is quite astounding compared to the ATI X300 on the Compaq V2410 and the Intel GMA950 on the W5F. 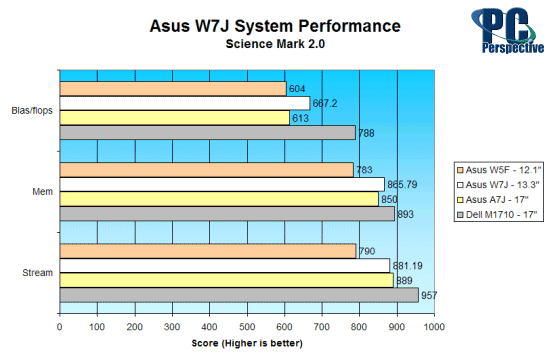 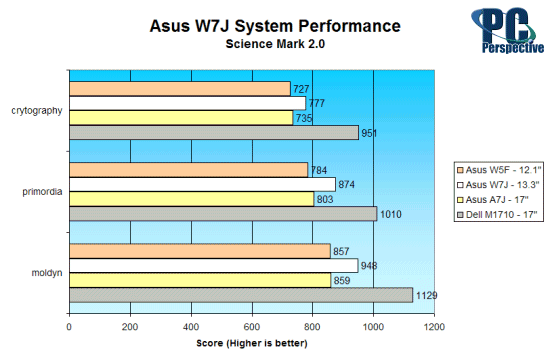 In SPEC ViewPef 8.1, you can see that the integrated GeForce Go 7400 is not well suited for 3D modeling, though it does a fair job at keeping pace with the ATI X1600 on the Asus A7J. 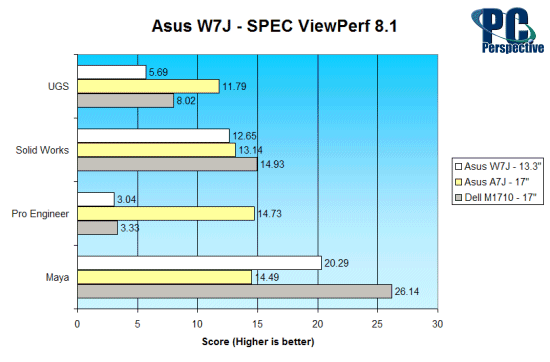 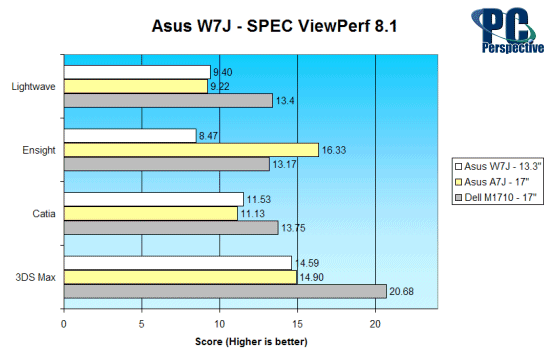 World Bench runs the system through a series of real world benchmarking scenarios from video editing with Adobe Premiere, to multitasking using Windows Media Encoder while doing some web surfing.

Results are given for the amont of time required to complete a given task, so lower the time the better. 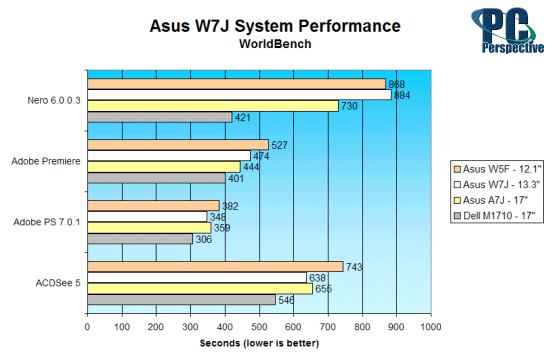 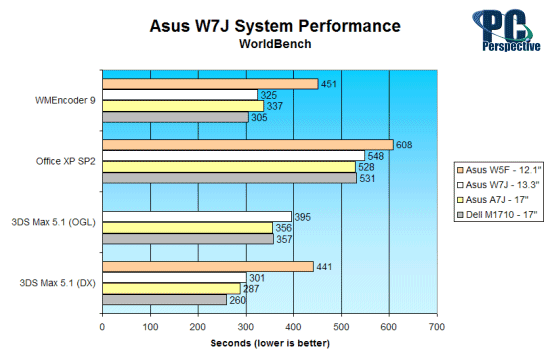 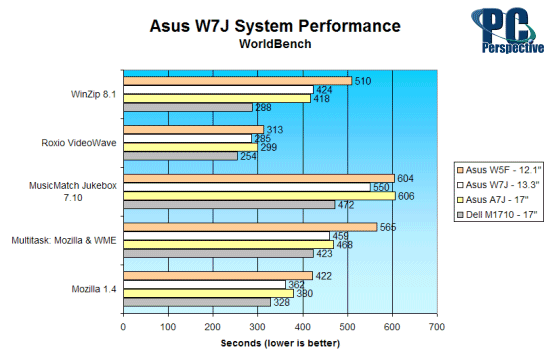 As far as performing daily desktop routines, the Asus W7J nearly matches the (much) more expensive Dell XPS M1710. This goes to show that you don’t necessarily need to most expensive laptop to run your applications well. 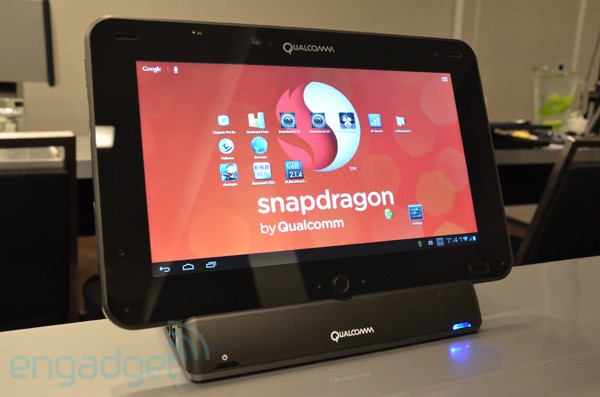