Compared to other laptops that are boxy and hard-edged, the Asus W7J is a sleek charcoal notebook with soft curves throughout. 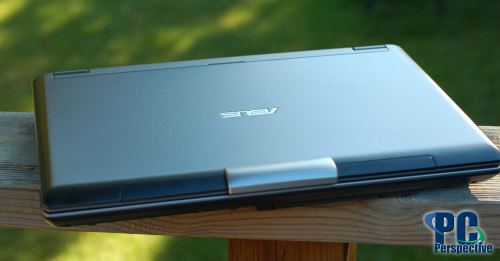 Opening the laptop reveals a clean keyboard area without any clutter of media buttons or any other special function keys; the exception being the WiFi switch and the Power4Gear button.

The keys on the keyboard are soft and slightly clicky, but not mushy. 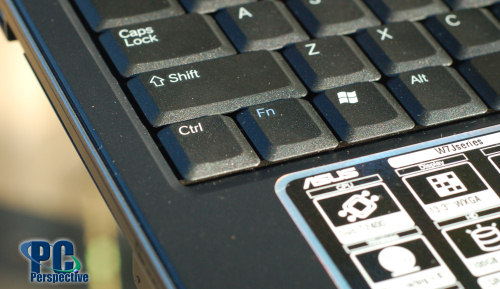 Perhaps the best feature of the W7J is the fact Asus finally put the CTRL key in its proper place on the keyboard! Asus still has laptops in production with these two keys swapped, but hopefully we will see more Asus laptops with the correction from now on.

The touch pad is located nearly right up against the spacebar. I found myself grazing the touch pad with my thumb a few times, which was enough to send the mouse careening across the screen. 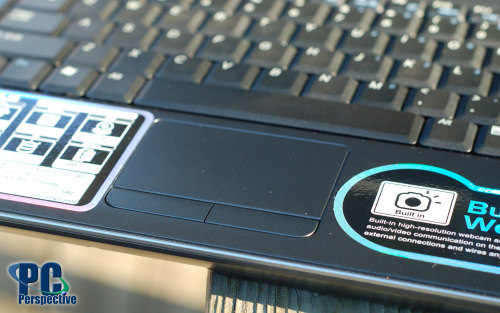 Nearly hidden on the bottom right of the wrist rest is the integrated microphone.

On the left side of the W7J there is a SD/memory stick reader located above the DVD burner. Like the W5F, the CD tray on the W7J is a bit wobbly when extended. Just be sure to properly support the tray when loading a disc. There are also USB, LAN, and modem jacks.

Most of the back of the laptop is occupied by the battery, but there is still room for USB and Kensington lock ports, a S-Video output jack, and the power connection.

The right side of the laptop you will find the VGA output, the last USB port, Firewire, audio, and the CardExpress slot. If you are right handed, the location of the heat exhaust is in a poor spot as it will blow hot air over your mouse hand. I would like to see Asus move all their heat exhaust ports to the rear of the laptop if possible, but it may not be possible in such a small laptop.

One of the great features of Asus laptops is the support for digital audio output. By plugging in a mini-optical cable into the headphone jack, you can connect the W7J to any digital receiver and get an instant HTPC. All of this can be found near the front right corner of the W7J.

It’s worth mentioning that there isn’t a DVI connection on the W7J (DVI is rare on small laptops).

An overview of the mobile market 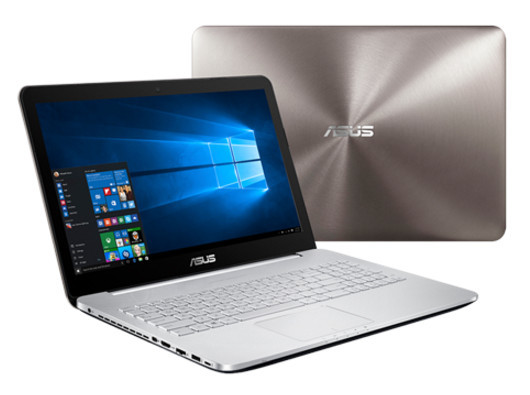