The weight of the Asus W7J is extremely light in my hands and it’s easily picked up using a single hand without the need for bracing. Comparing the weights of the laptops we’ve reviewed in the past, we can see that the W7J is right at the 5 lbs. mark which makes it a portable laptop, rather than an ultra-portable unit. 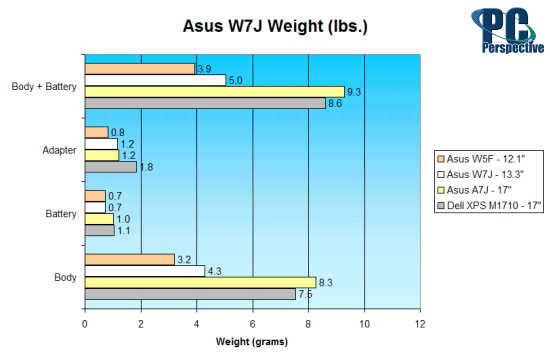 Metric version of the above chart. 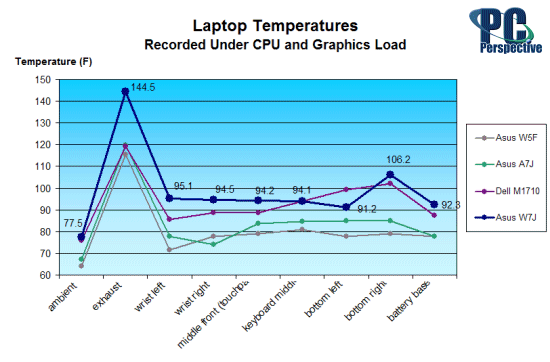 Celsius version of the above chart
* Ambient temperature will affect results. 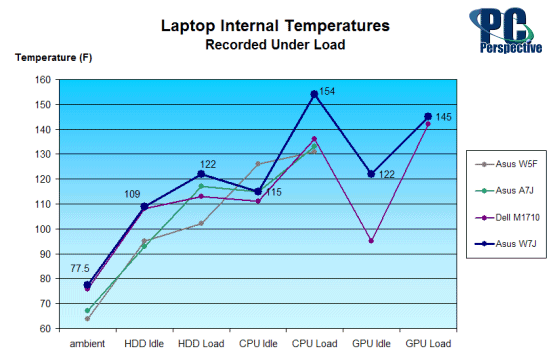 Celsius version of the above chart
* Ambient temperature will affect results.

The above temprature chart requires some careful analysis. The Asus W7J is a hot laptop, but why? The answer lies with the GPU. When idling and under load, the NVIDIA GeForce Go 7400 generates a lot of heat, which will increase the temperatures of the CPU, hard drive, and the exterior casing of the laptop. The small form factor of the laptop certainly doesn’t help the heat situation — the internal parts are closer adding to each other’s heat, and the case doesn’t allow for aggressive cooling schemes like on the Dell XPS M1710.

However, even though the Asus W7J is a toasty laptop, the fan on the laptop is not unbearable in terms of noise. When loaded full-blast, the W7J is quiet and gives off nothing more than a gentle blowing / rushing air sound. The cooling appeared to be adequate as it never failed or showed any signs of instability during testing. 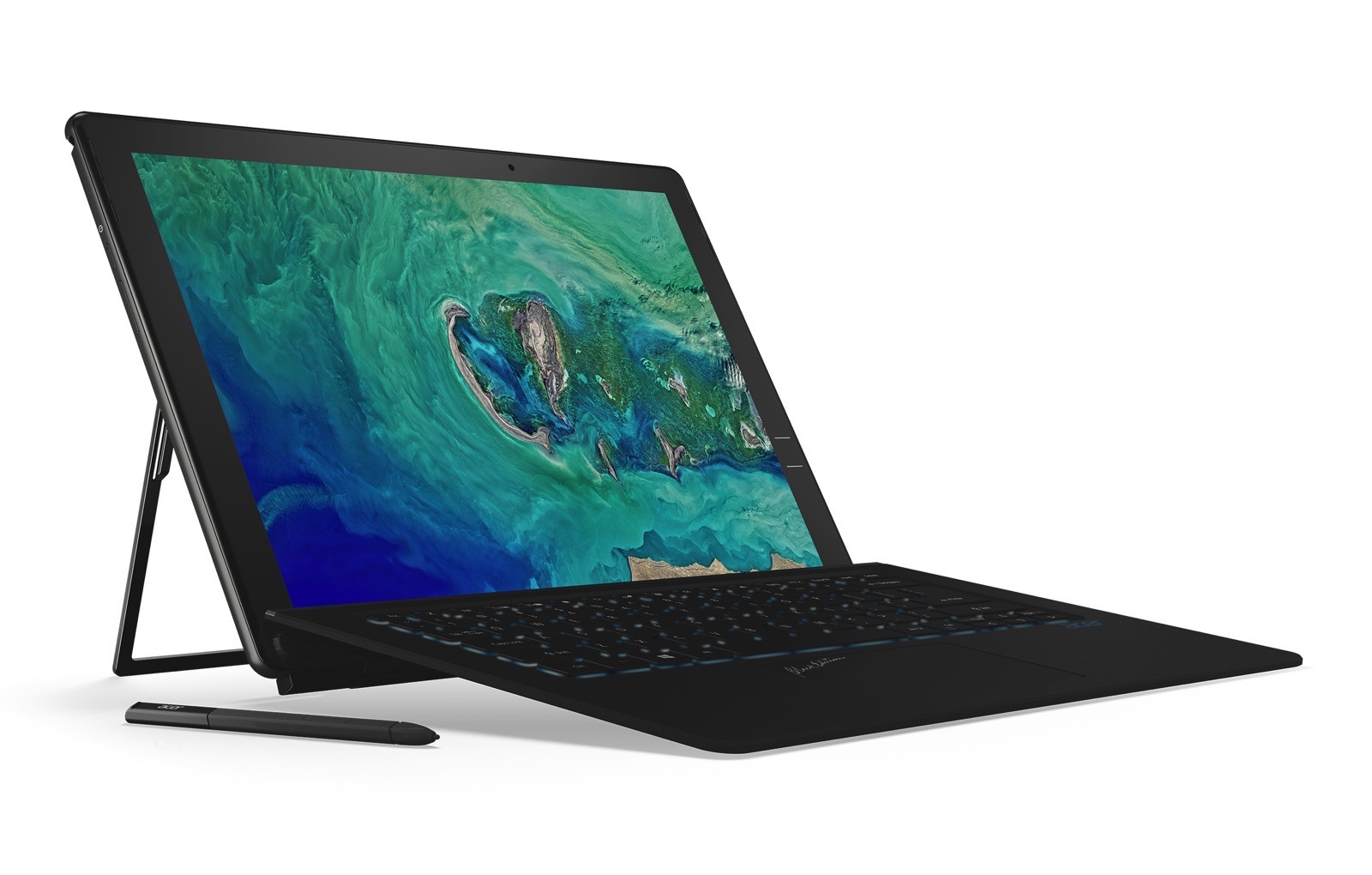