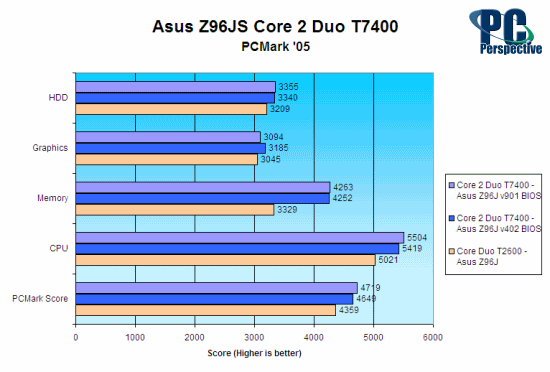 CPU Performance appeared to have gone up substantially by 100 points with the new BIOS, but everything else remains roughly the same. 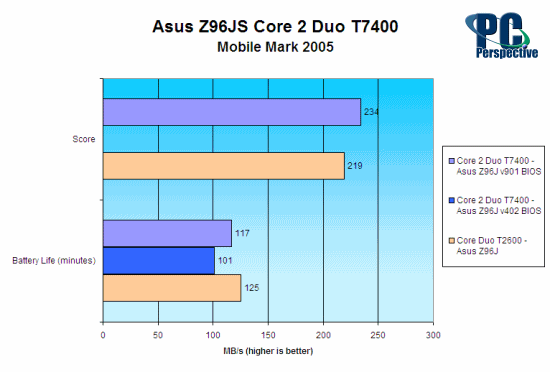 Some important bits of information here! First, the score has gone up by 15 points compared to the older Core Duo CPU. This isn’t really a significant change since increasing the speed of the CPU doesn’t really affect office productivity much (which Mobile Mark simulates). Second, the battery life has improved significantly with the new BIOS. We are now just 8 minutes short of the older CPU.

With the new BIOS, I was finally able to compile test results from MobileMark 2005. Previously with the v402 BIOS, this test would run completely but fail to give an overall score though we were able to record the battery life by looking in the benchmark’s log file.