Here we examine the performance of the system as a whole with the T2600 and T7400 CPUs. 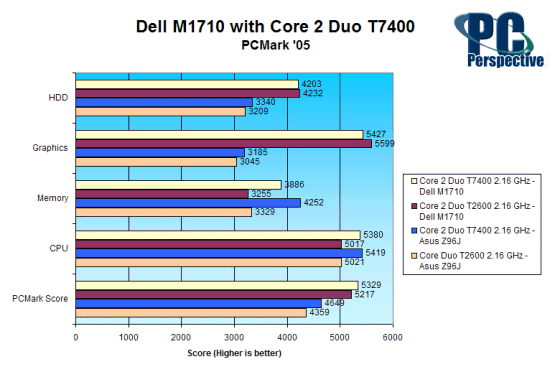 There are some interesting results here in PCMark – the memory test in particular. In the previous page, we saw unusual memory results in SiSoft Sandra and ScienceMark tests, but in PCMark the memory results appear normal. We have a good jump in memory performance as we would expect, along with stronger CPU results. 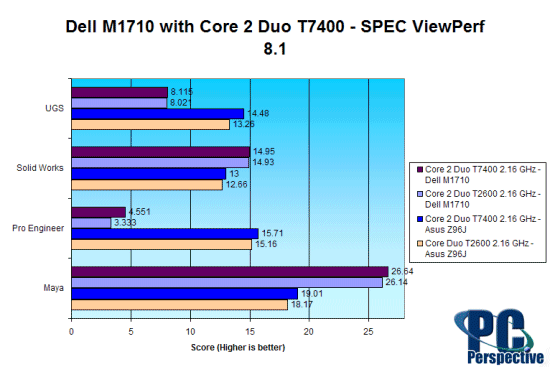 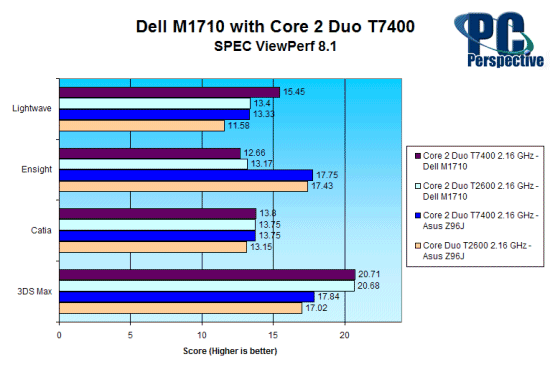 For the most part the upgraded CPU has little effect on Spec ViewPerf since it’s primarily a graphics benchmark, so we don’t see much change between the T2600 and the T7400. The only test where we see a significant jump is in Lightwave. 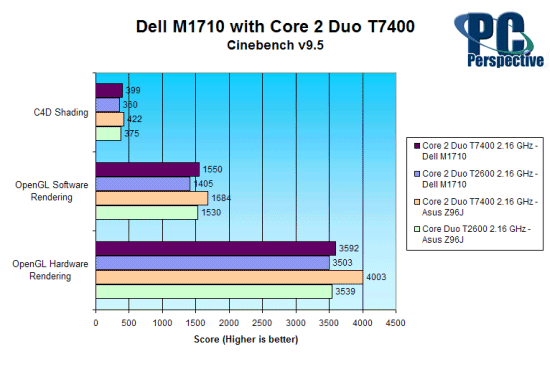 In Cinebench, the M1710 with the Core 2 Duo shows a little improvement, but again not on the same scale as the Asus Z96JS.

Origami has been released