We are now going to take a look at the XPS M1710 with the Core 2 Duo in some real game situations. We tested with Call of Duty 2 and Quake 4 at various screen resolutions to show you the effect of the CPU as the resolution increases. 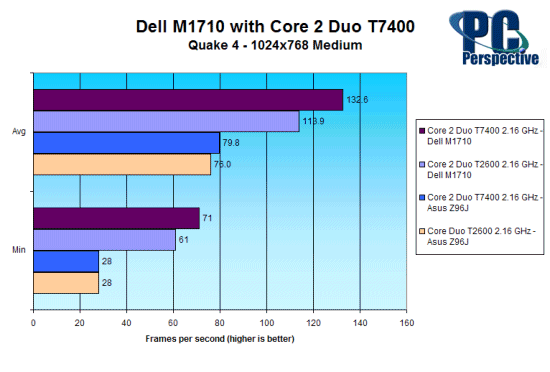 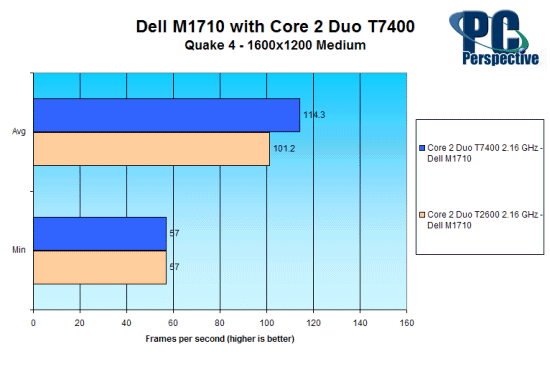 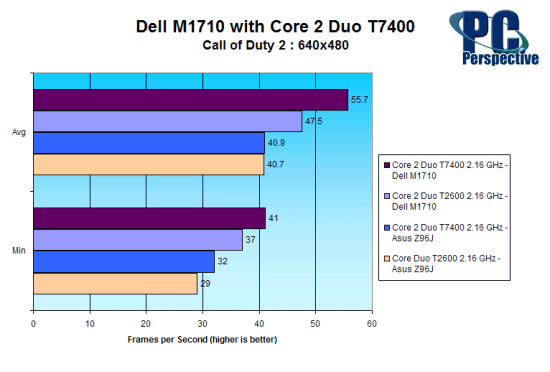 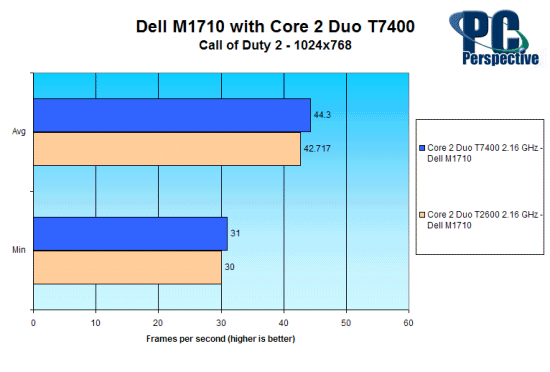 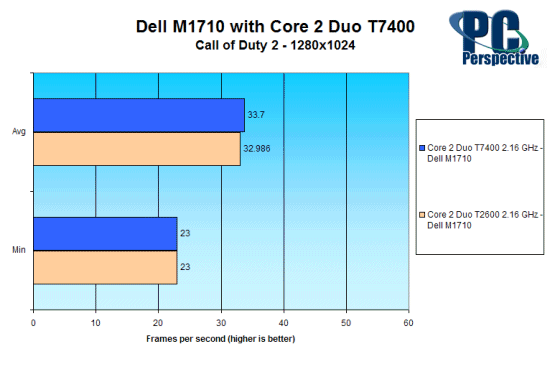 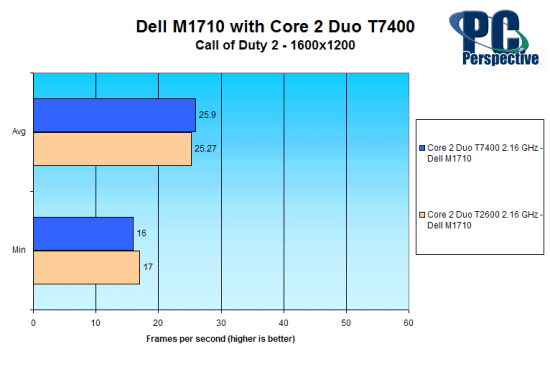 With the Merom T7400 installed in the XPS M1710, we get a whopping 8 FPS improvement in Call of Duty and more importantly an improved minimum frame rate of 41 FPS. Call of Duty 2 and the NVIDIA GeForce Go 7900 GS clearly loves the faster CPU at lower resolutions.

However as we increase our screen resolution, we see the differences between the two CPUs drop off. Since not many of you will be playing Call of Duty at 640×480 (especially on this laptop!), I don’t think upgrading to a Core 2 Duo will do much for your games.