Obviously, in order to run Quad SLI, you’ll need four GPUs in your system.  But what about other components, such as the motherboard, processor, memory and the likes?  NVIDIA asked us to focus not just on Quad SLI as a video configuration, but as an entire platform, starting from the ground up.

If you are interested in SLI, be it Quad SLI or standard SLI, you’ll need a motherboard based on an nForce SLI chipset.  NVIDIA claims that most current and past SLI chipsets will fit the bill nicely, including the original nForce4 SLI for the AMD and Intel platforms, as well as the upgraded nForce4 SLI X16 chipsets.  And of course, all the SLI capable nForce 500-series chipsets, the 570 SLI and 590 SLI, for both AMD and Intel can run Quad GPUs. 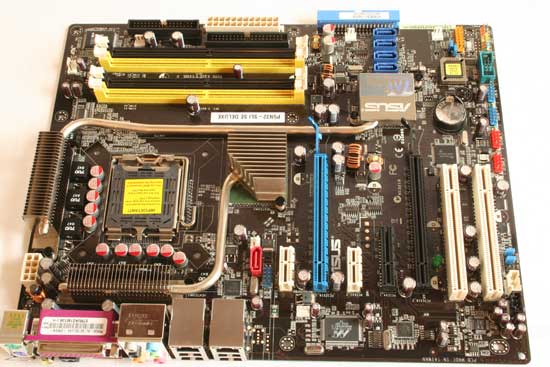 The motherboard we are using in our tests is actually an Asus P5N32-SLI SE, based on the nForce4 SLI X16 chipset, not one of the newer 590-series of motherboards.  Sporting an LGA775 socket, this board has support for Pentium 4, Pentium D and the new Core 2 Duo processors from Intel.  Why did NVIDIA want us to look at an nForce4 series board instead of one of the latest flagship 590 chipsets?  The reason is two fold: first, they wanted to showcase that Quad SLI technology can work on already existing technology and secondly, the 590 Intel Edition motherboards are not in the channel yet.  NVIDIA is adament that they showcase products that are available today, that you can buy today and install today.  Everything you see here fits that profile. 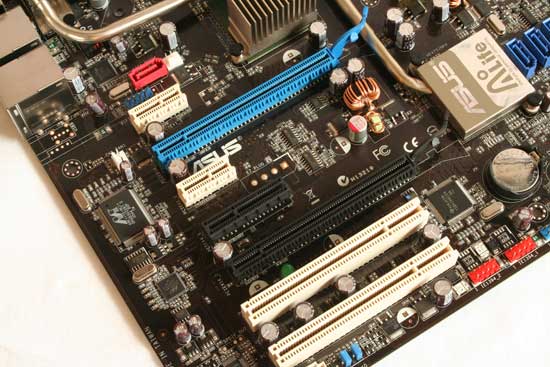 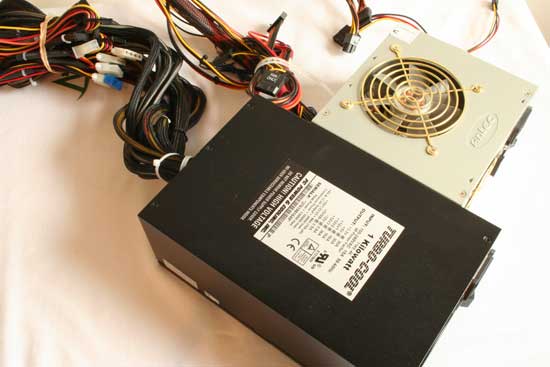 To power the Quad SLI configuration, we used a PC Power and Cooling 1 Kilowatt power supply!  Next to it, in the image above, sits a standard Antec 550 watt power supply, just to give you an idea of how much larger this PCP&C unit really is.  The power supply provides more than enough juice and connections for any system you could be wanting to build.  NVIDIA does say that this kind of power is not a requirement of Quad SLI, and in truth, we used our standard test bed PSU for testing as well, the Silverstone Zeus 650w unit, without any issues. 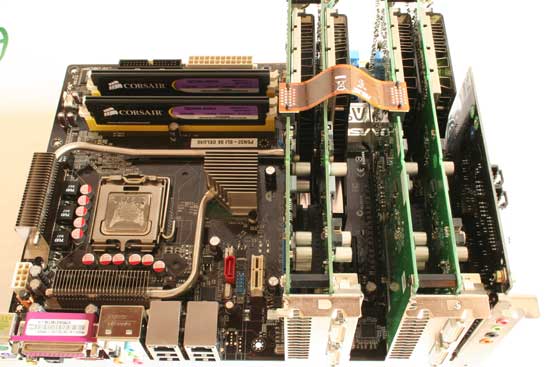 For our Quad SLI testing, we need to pair together two GeForce 7950 GX2 cards, each of which sports dual 7900-series GPUs on a single PCIe connected video card.  If you’d like to see more information and our full review on the 7950 GX2 graphics card on its own, check out my review of the BFG Technologies model from June. 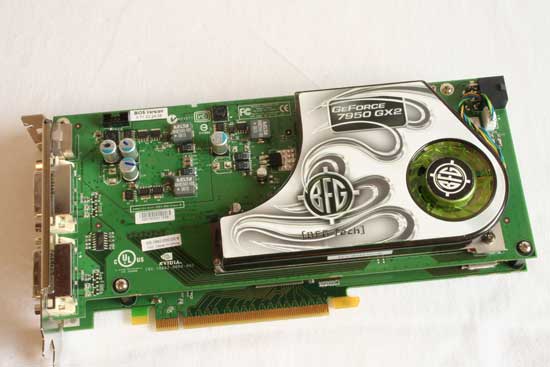 Here is said BFG Technologies 7950 GX2 graphics card, currently available online for sale through our own pricing engine, starting at $577.  Running at the standard clock speeds from NVIDIA of 500 MHz core and 600 MHz memory, this card is a speed demon. 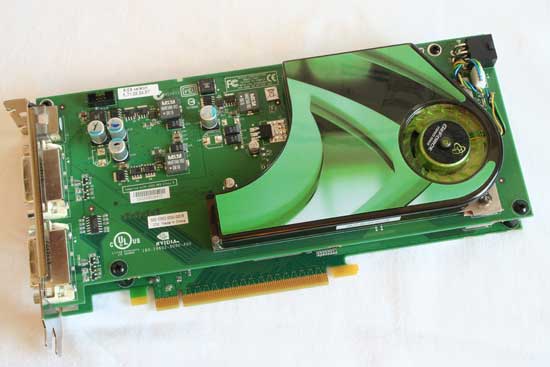 As has been the case since NVIDIA’s 80-series of graphics drivers, you now have the option to pair graphics boards from different vendors together in SLI configurations.  The same is true for Quad SLI, as we tested our system using both the BFG card and this XFX GeForce 7950 GX2 graphics card, also currently available in our pricing engine starting at $586.  It runs slightly overclocked at 520 MHz core and 650 MHz memory speeds, though when in SLI mode with the BFG card, it down clocks to the lower speeds.

Hardware installation of a Quad SLI configuration is pretty straight-forward and doesn’t differ any more from a standard SLI configuration.  Since the 7950 GX2’s graphics boards are much shorter than the original 7900 Quad SLI cards, standard case sizes are compatible and shouldn’t be causing issues with enthusiasts setups. 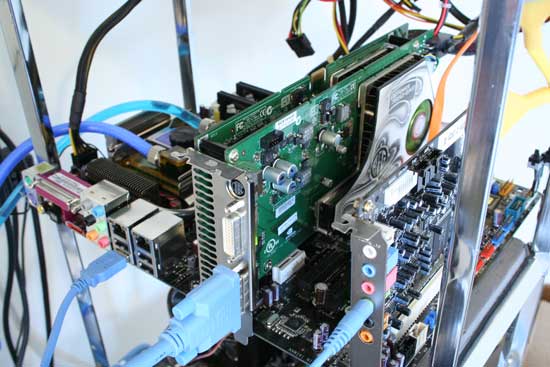 We tested out Quad SLI in an open configuration seen above, but you can tell from our layout that the installation of the first 7950 GX2 card doesn’t cause any issues at all with hardware organization. 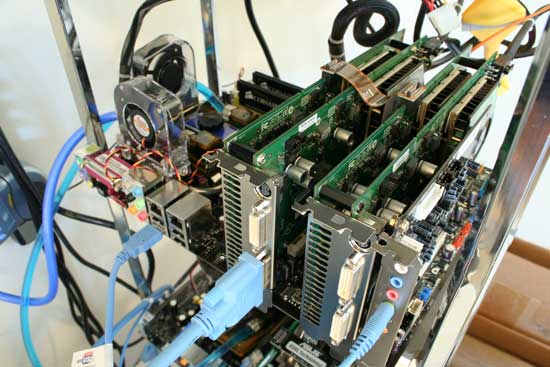 Adding in the second card to complete the four-GPU beast crowds the area up some, but everything fits in nice and tidy.  There is only a single SLI bridge connection that needs to be made between the two 7950 GX2 cards, making installation no more complicated than the standard SLI technology.  Both cards require a PCI Express power connection, which the PCP&C 1 kW power supply provides out of the box, with no adaptors.

There is only a single legacy PCI slot availabe on the board after dual 7950 GX2s are installed (filled with the Audigy 2 card in our picture) along with two PCI Express connections which will largely go unused by consumers.  It would have been nice to see another PCI slot open here, but perhaps some other motherboards have that option.