NVIDIA provided us with a beta version of the 91.37 Forceware driver to test out Quad SLI with, and this version or another one just like it should be available today on either NVIDIA.com or SLIZone.com.  Installing it and doing the necessary software configurations for Quad SLI to work right were simple and straight forward — just the way we like it!

Our driver wasn’t WHQL certified yet, so simply hitting “Continue Anyway” four times installed the drivers for our two dual-GPU 7950 GX2 cards in the system.

When NVIDIA introduced the 90-series of GPU drivers, it came with a new control panel that is ready for Vista support.  You can see that we have also added the Coolbits hack to the registry in order to open up overclocking options in the driver.

Peeking at the 3D Settings tab of the control panel shows us all the standard visual quality and performance options that we are used to seeing in NVIDIA graphics drivers.  Once you have SLI enabled on the system, you’ll have additional options under the “Antialiasing Settings” drop down box that offer you SLI-AA configurations.  This is a big part of Quad SLI’s draw, so we’ll be discussing this further in our individual applications testing.

Under the program settings tab, you can find and edit the profiles for individual games to suit your specific needs, though we almost always leave these to NVIDIA and trusting their settings.  They spend many many man hours testing games for stability and superior performance.

One drawback I found with the driver is that the GPU temperature monitor was only reporting results from a single GPU (at least as far as I could tell).  I’d like to see options to cycle between all four GPUs.

Here is where the magic happens — enabling Quad SLI technology here sets up your system for some serious gaming!  You do not need to restart your system after setting this option in the driver, though I would usually recommend it when possible to avoid any potential issues that might pop up.

Upon entering Windows, we were greeted with this little bubble to let us know that SLI was correctly installed and enabled.  On to gaming!

During our testing, NVIDIA informed us that there was an essential Direct X 9 issue that is keeping Quad SLI from reaching its full potential in D3D-based games.  To simplify it, there are only three buffers that DX9 allows NVIDIA to write to at a time, thus the four GPUs are not able to render enough frames in D3D mode to make AFR a viable performance option.  In some cases, NVIDIA software engineers were able to find a work around for certain games (as is the case with FEAR) but other times Quad SLI couldn’t vastly improve the performance of the game (such as BF2 and Lost Coast).  In those cases, NVIDIA is recommending that users try out 8xSLIAA or 16xSLIAA for an increase in image quality with little or no performance drop.

What is interesting though, is that OpenGL games (like Prey) don’t have this limitation at all; so all OpenGL games should see good performance increases with Quad SLI technology.  And, as I was told by NVIDIA, Vista and DX10 will do away with this three-frame limit and thus performance in D3D games will be able to scale much better.  I’ll mention which category each benchmark falls under on each individual page and discuss what that means for Quad SLI on that title.

For our testing, I played and recorded results from three different resolutions: 1600×1200, 2048×1536 and 2560×1600.  The 1600×1200 resolution is the bare minimum resolution you should be running with anything close to hardware this expensive or this powerful — if you are running lower then you are wasting your money.  2048×1536 is a 4:3 ratio resolution that is found on many higher-end CRT monitors and has a total of 3.14 million pixels on screen.  This resolution is actually a bit more straining than 1920×1200 (the most common 16:10 resolution which has 2.3 million pixels) so performance results here are a worst-case scenario for basic widescreen gaming, if nothing else.  Finally the 16:10 widescreen 2560×1600 resolution is the beast, requiring the GPUs to render over 4.0 million pixels; it also happens to be the native resolution of our 30″ Dell 3007 monitor.

For image quality, we never tested with out some form of antialiasing (AA) and anisotropic filtering (AF) enabled either in-game or in the NVIDIA control panel.  Where possible, we used the in-game 4xAA and 8xAF settings, and where required (described above and with each title benchmarked) we enabled 8xSLIAA in the contol panel with in-game AF settings.  8xSLIAA is a method of SLI that in fact has each card rendering the exact same frame, but with slightly offset antialiasing patterns.  The two seperate frames are then combined by the master card into a single image, thus effectively offering the user 8xAA image quality.  It’s not REAL 8xAA, but its close and looks great.  It would make sense then that when 8xSLIAA is enabled in our Quad SLI system, that it should perform nearly the same as a single 7950 GX2 card running 4xAA, minus a bit for composition overhead.  We’ll have to see how the benchmarks work out to see if that’s the case. 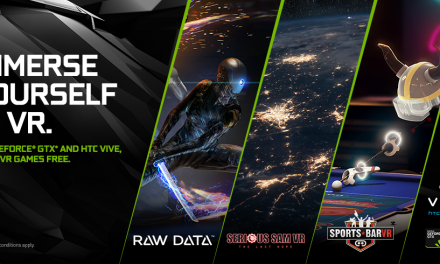