The MSI K9A Platinum motherboard appears to be a pretty standard looking board with a classic black PCB color and white expansion slots. 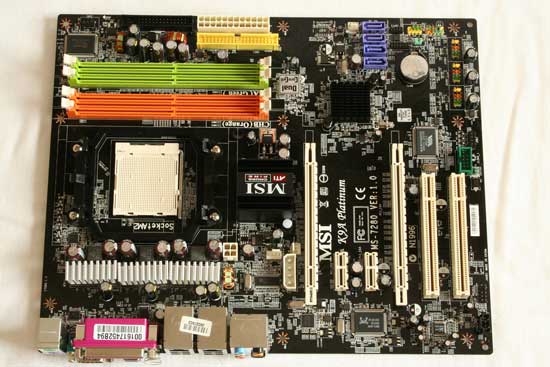 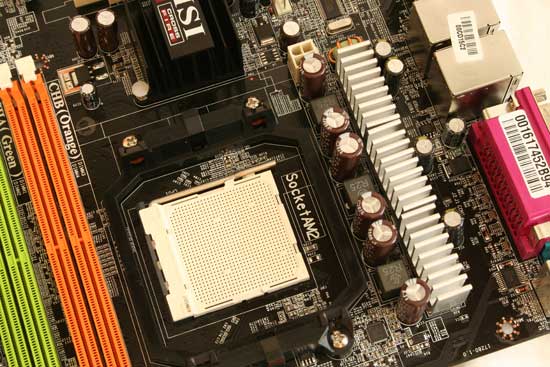 The processor socket on the MSI K9A Platinum motherboard is packed pretty tightly as well with the DIMM slots easily visible on the left and the capacitors on the right.  These caps are actually closer than on the ECS motherboard, though our Zalman heatsink installed without issue on both motherboards.  The 4-pin ATX power connector is just below the MOSFET heatsink, similar to the ECS motherboard we looked at. 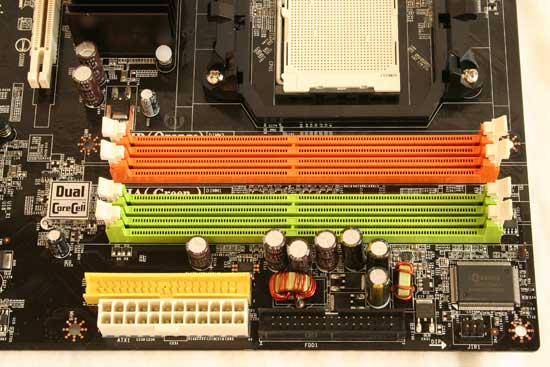 The DIMM slots on the MSI K9A motherboard are in a much better position in my opinion, ridding us of any of the issues we mentioned about the ECS KA3 MVP motherboard.  Here, to get dual channel memory support, you install one DIMM in the first orange slot and one DIMM in the first green slot — allowing ample room for the heatsinks and airflow between them.  The ATX power connector is butting up with the primary IDE channel and floppy connector, making installation of either somewhat cumbersome if your PSU cables are tightly packed. 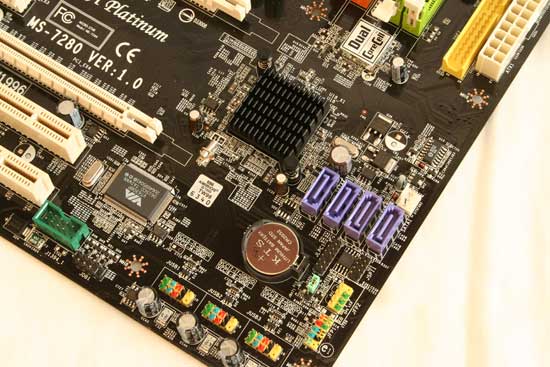 The bottom of the MSI motherboard shows the board’s four SATA connections using the ATI SB600 south bridge; MSI chose to not use an external chip to add more storage options to the motherboard like ECS did.  The headers that MSI includes are a single FireWire and two USB 2.0 connections to expand the number of ports you have for each. 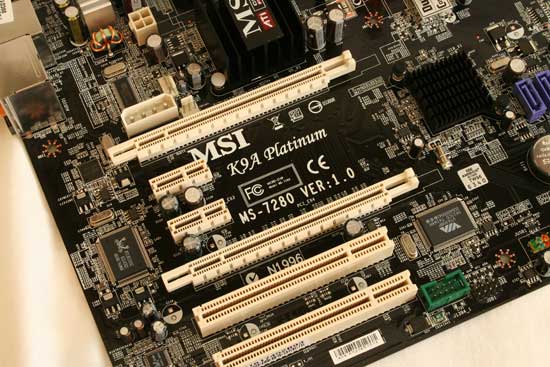 Looking at the expansion slots on the motherboard, we of course again find two x16 PCIe slots for CrossFire support, both of which run at a full x16 of PCIe bandwidth.  There are two legacy PCI slots and two x1 PCIe slots.  If you do install two dual-slot video cards on the motherboard, you’ll still only have a single PCI slot left to fill though you will also have a x1 PCIe slot open too; the ECS board did not. 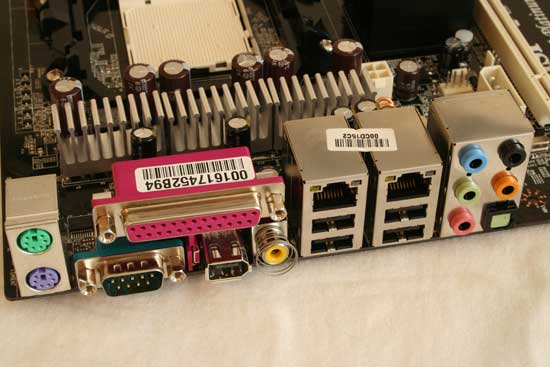 The external connectors on the MSI K9A Platinum are similar to those of the ECS KA3 MVP, though without the exhaust fan in the back and MSI includes a FireWire connection.  Both of the network connections here are Gigabit, one via the PCI bus and one on the PCI Express bus; so one will have only half the theoretical throughput of a Gigabyte networking connection.

AMD jumps back into the chipset game