How the GPU Fits in Now

As you can realize, the amount of processing that must be done on folding proteins is staggering, and as such the need for more processing power, and more efficient processing power, is tremendous to the researchers at Stanford and else where. 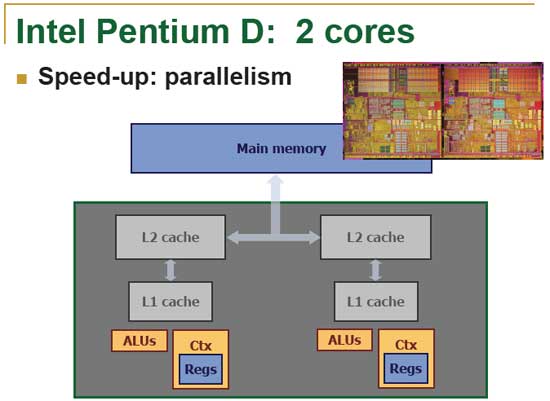 The current dual core processors offered a small bump in performance, around 2x if the two cores were utilized fully by two seperate folding applications. 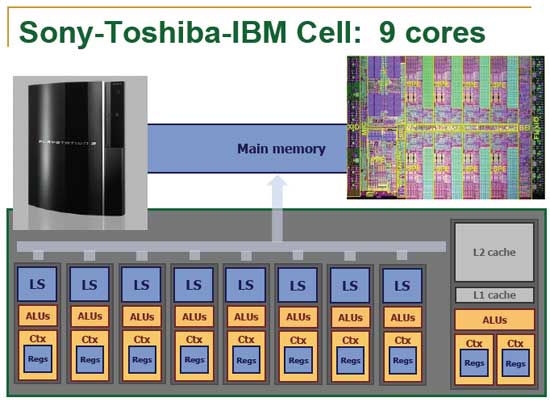 Stanford is also working with Sony on a Folding @ Home client made specifically for the IBM Cell processor.  The Folding project site has a dedicated FAQ page that discuss their work with Sony on the client.  The PS3 client will actually support some interesting new visualization techniques as well, thanks to the dedicate graphics chip on the PS3. 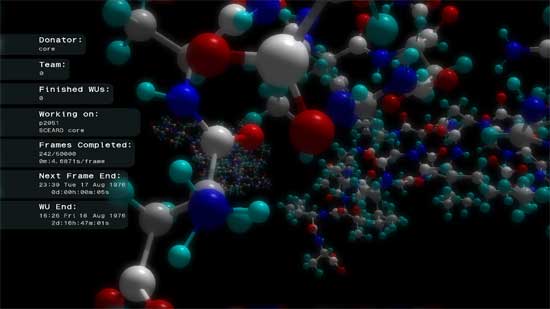 From the Stanford page: While the Cell microprocessor does most of the calculation processing of the simulation, the graphic chip of the PLAYSTATION 3 system (the RSX) displays the actual folding process in real-time using new technologies such as HDR and ISO surface rendering. It is possible to navigate the 3D space of the molecule using the interactive controller of the PS3, allowing us to look at the protein from different angles in real-time. 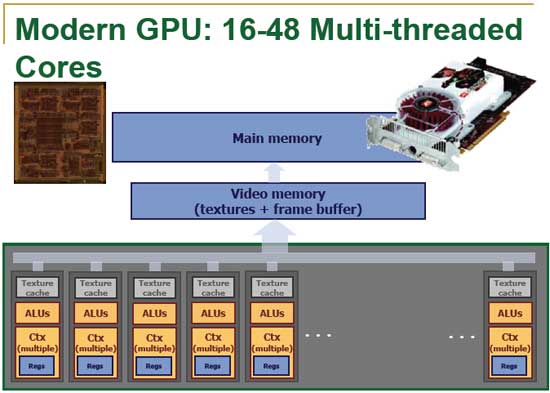 The other main announcement today is the availability of the ATI GPU Folding client for distribution this Monday.  Utilizing the 48 pixel processors in the X1900 and X1950 GPUs, the Stanford team has been able to achieve a 40x increase in folding calculation speeds.  Only the X1900 and X1950 cards are supported at this time, though others MIGHT be added later.  Multi-GPU support is also planned and should be coming pretty soon.

The Stanford team mentioned that the ATI X1900 cores were the best for this type of processing and that NVIDIA’s GPUs could not process their code nearly as fast.  While I have no doubts that is true, I wonder how much of that difference is created because of the coders from Stanford and ATI designing the algorithms specifically for the ATI hardware and its architecture?  I think we’ll see an answer to this within a month’s time or so… 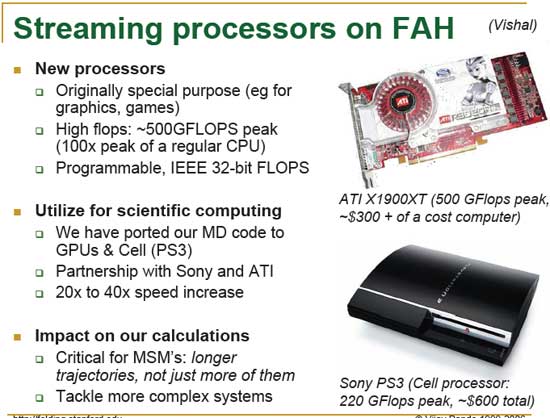 With these two new categories of processors, the Folding @ Home project will have access to potential PETAflops of processing power! 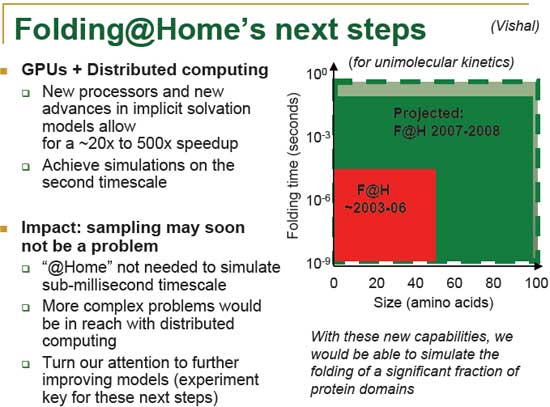 The team at Stanford thinks that with these new processing options, and some new processing models (software and code) they could increase the size of the tested amino acids and reach simulations on the “seconds” order of magnitude. 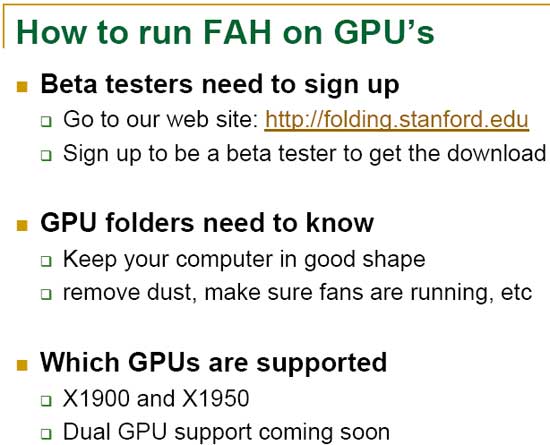 If you currently own an ATI X1900 GPU and are intersted in adding it to your Folding @ Home arsenal, just see the notes above!  Keeping that GPU fan clean will keep it from toasting when you are pushing the core to its limits.

Last night we also spoke with NVIDIA about their plans for GPGPU technologies.  And while they wouldn’t give us much information that we could talk about with you today, I can tell you that their offering will be announced soon as well.  NVIDIA says that their annoucements will center around “adapting the GPU to the problem” of GPGPU work.  Whether that means a new processing product, a modification of their GPUs or a new branding has yet to be seen.

If I had to take a guess today though, I’d put my money on NVIDIA adding in some new technology into G80 and above cores that lends itself to mapping GPGPU work to the core more easily and that a new high-level programming language (like Cg for graphics) will be introduced to take advantage of it.  These are just theories at this point, but I’ll be sure to tell you when I get any more information from them!

ATI has proven their committment to the GPGPU world via their partnership with Stanford and the Folding @ Home project.  Being able to bring 500 Gigaflops of processing power directly to a problem that can fully utilize it is what computers have been about since their inception.  And this is one case where ATI, NVIDIA, AMD and Intel should all be on the same side; finding answers to questions about life threatening diseases is something all of the world can appreciate.

There is a thread in our Folding Frogs forum discussing this new part of the Folding @ Home project.  Join the discussion!!

Spread the word!  Please DIGG this article to share it!

Be sure to use our price checking engine to find the best prices on the X1950s, X1900s and anything else you may want to buy!