Before we jump into pure graphical tests, let’s see how the two Dell laptops stack up to each other in a general system performance benchmark. 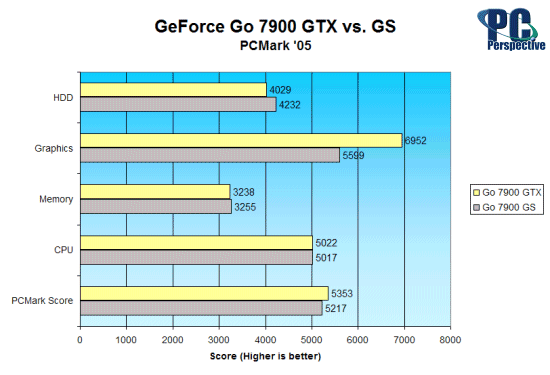 In PCMark, the faster Go 7900 GTX had minimal impact on the overall score which isn’t surprising since PCMark is a whole system test suite in which graphics evaluation is only a single part. Looking at the just the graphics score, we can see that the Go 7900 GTX is a bit faster. 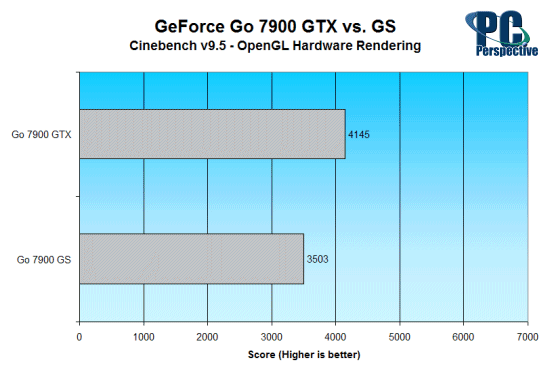 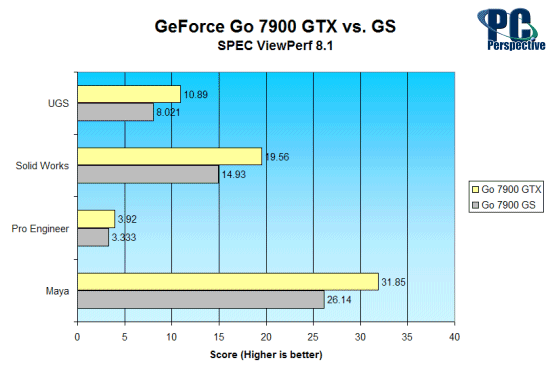 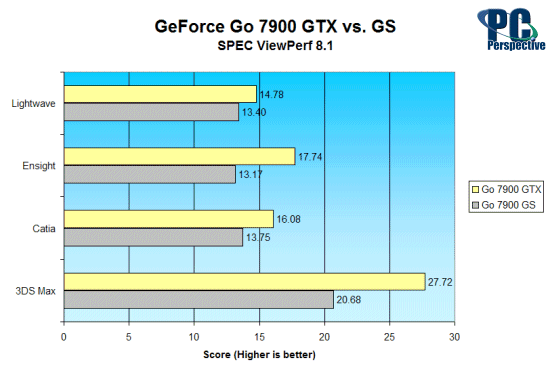 In Spec ViewPerf and Cinebench we see a convincing argument for going with a faster GPU if you are a professional using CAD and other 3D modeling/rendering software. But if you’re on a budget, the Go 7900 GS will fit the bill since it is still much faster than most other mobile GPUs available.