In this test we will measure the effects of the three different PowerMizer profiles has on the GeForce Go 7900 GTX and GS. The following are the results of varying the power profiles in different graphical applications.

The above table summarizes the effect the different PowerMizer settings have on the Core and Memory of the two GPUs. As you can see at Balanced and Power Savings modes, both the GTX and GS are clocked the same, which should mean that both GPUs should perform almost identically in those settings. 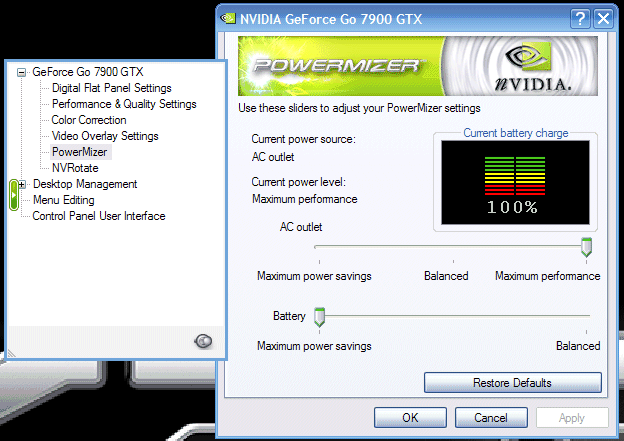 Something to be aware of: as seen in the above screen capture, Balanced and Power Savings are the only options available for the Go 7900 GTX when it is unplugged (i.e. Performance mode can only be used when plugged in). Whereas all three settings are available for Go 7900 GS GPUs when running on batteries. 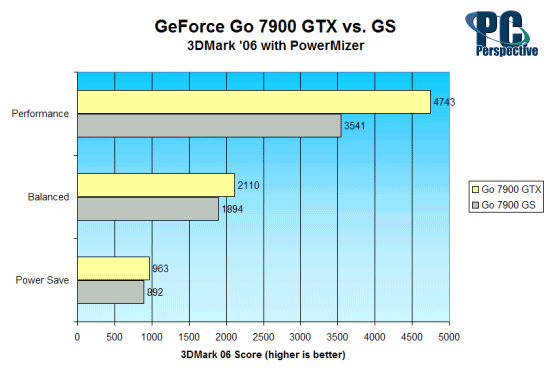 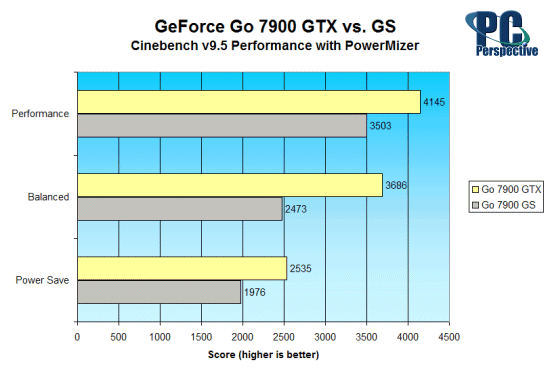 Now let’s take a look at some games. 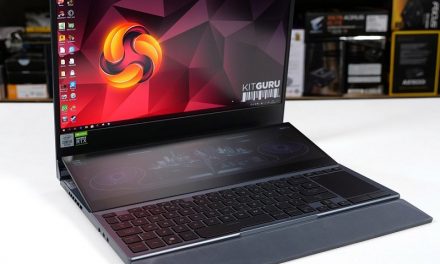 ASUS ROG Zephyrus Duo 15, Two Screens Are Better Than One