Intel gave us a chance to play around with a system using one of the upcoming quad-core Kentsfield core processors, now known as the Intel Core 2 Extreme QX6700.

To be honest from the start here, this is NOT a review of the new Intel Kentsfield core processors, now officially called the Intel Core 2 Extreme QX6700.  Instead, consider this a very quick glimpse at the performance of the new processor, set to be released later in the quarter.

The two systems we compared yesterday were both using nearly identical platforms, save for the processor used in each case.  The Intel 975XBX2 “Bad Axe 2” motherboard was utilized with an NVIDIA 7950 GX2 graphics card and 2 GB of DDR2 memory from Corsair running at 4-4-4-12 timings. Both systems included a single Seagate 7200.10 hard drive and the same driver versions for the chipset, GPU and sound card. 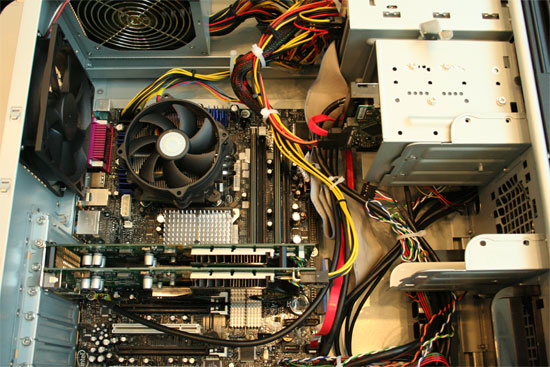 We were able to run the following tests on the systems: DivX 6.2.5, Sony Vegas 7.0a, POV-Ray Beta 15, 3D Studio Max 8 SP2, PCMark05 and 3DMark06.  This is very obviously not a comprehensive list of tests to gauge the value and performance of a CPU.  But, given the sparse time we had with the system and the number of people Intel was trying to show it to, that was all we could reasonably ask for.

Here is a result from the CPU-Z version that Intel had installed: 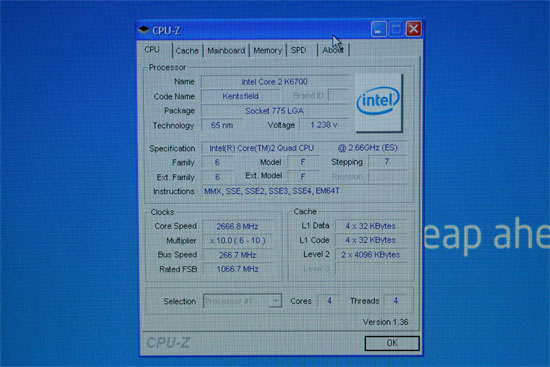 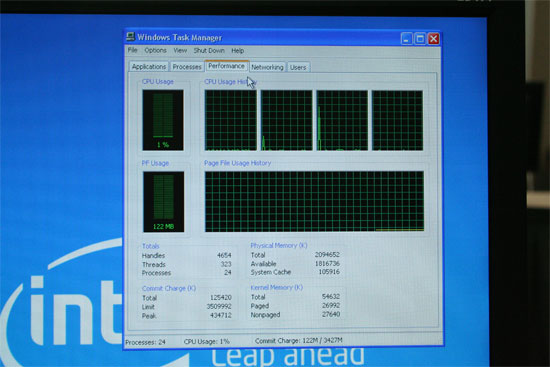 Does that make a difference in these tests?

Here are the results from the two test systems as we benchmarked them yesterday:

The numbers we got here are impressive as we can see as much as 81% performance boosts in the POV-Ray benchmark by moving from a dual core processor to a quad core processor at a lower frequency.  Since these systems were provided by Intel and we didn’t get to set them up and/or run our own tests, we of course label them with the usual disclaimer: final results pending our complete testing.  Our full review of this processor will be along as soon as the unit is publicly unvieled later this quarter.  The real test of the Kentsfield core still awaits as we fine tune our tests and get the power meters running!

Please feel free to stop into our processor forum to ask me a question about the article or to discuss it with others! 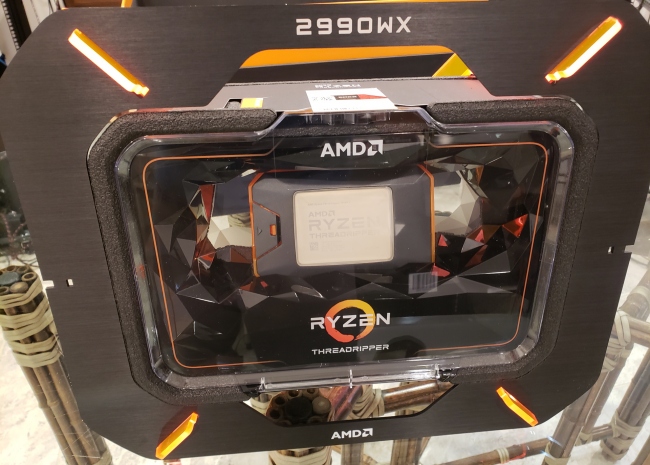