Today we’ll cover the IDF keynotes and what all the high-level executives had to see at the show. Details on the quad-core processors, future core architectures and Intel’s NAND memory for notebooks are included.

The Intel Developer Forum is a twice annual showcase of the technologies, research and products that make up the Intel Corporation.  Last spring Intel had a widely popular and very busy IDF that was the precursor to the release of the Core 2 lineup.  There was a new architecture to discuss and lot of products and positioning to understand in the mobile, desktop and server markets.  There was definitely no shortage of news during that week.

This fall’s IDF showcase was a bit slower in terms of technology developments, as we would expect following the wave of information from Core 2.  Intel did talk about their quad core plans getting moved up into this year as well as some development work they are doing in the area of terascale processing.  If processors with 80+ cores on them interest you, you’ll definitely want to see the article I posted on that technology earlier in the week here.

So while the announcements were as industry changing for Intel this time around, we’ll still share with you what Intel was talking about during the week in San Francisco.

Paul Otellini had the first keynote of IDF, kicking off the show with a higher level look at what to expect from Intel in the coming months and years.  Here he revealed information about Intel’s expected new architecture development schedule. 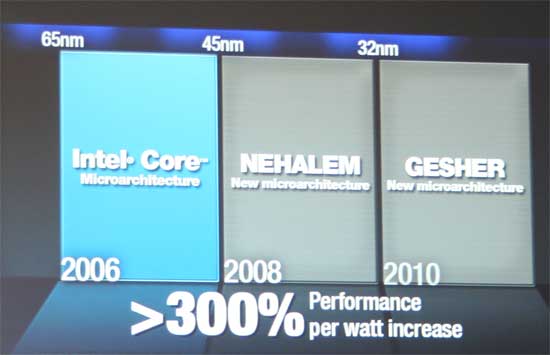 Today’s current ‘Core Architecture’ is being built on 65nm technology and will remain in place at least until 2008 arrives.  You can expect a transition from 65nm to 45nm technology using this same core technology during 2007 — essentially the standard ‘die shrink’ that will lower power, heat and die sizes.  We have seen this done by both AMD and Intel numerous times.  Sometime in 2008, you can expect to see a new microarchitecture from Intel, more than likely an evolutionary step from Core Architecture.  You can then expect another die shrink to 32nm technology during 2009 followed by a new core architecture in 2010.

Of  course, we have seen a pattern similar to this in the past years, but Intel seems committed to a very regular cycle of core shrinks and introductions.  With the current Core Architecture being their first going into 45nm processing, Intel will have the advantage making the transition, which can be difficult at times, with a core they know very well and will be better equipped to respond to issues that might crop up quickly.  Then, after getting their engineers attuned with the 45nm technology, they will move to the new Nehalem microarchitecture.  This cycle would then repeat with the 32nm technology transition and the Gesher core product.  This pattern of moving an existing core to a new processing technology and only then implementing a new core should keep Intel’s products strong and avoid a lot of potential problems that can occur with both a move to a new process technology AND a new architecture. 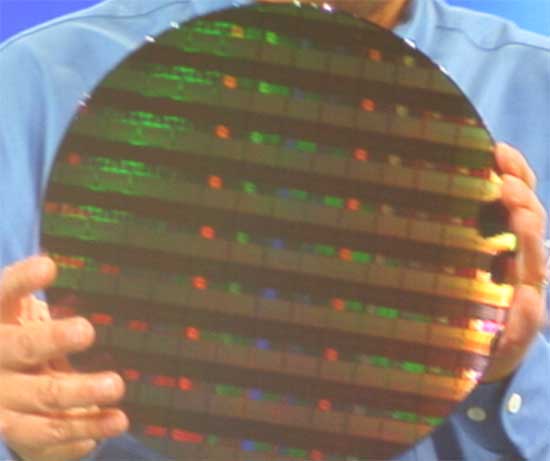 As far as the features of these new cores are concerned, Intel didn’t share very much at this time.  The Nehalem architecture will be the first to introduce some new SSE4 instructions, with the full allotment that has been developed showing up in the Gesher core into 2010.  Other than that I have heard rumors of the on-die memory controller being a strong possibility in 2008, but its not set in stone.  We’ll probably find about Nehalem sometime in the mid-2007 range, for so now, we wait.

In his discussion of the upcoming release of the Intel quad core processor, previously known by its core codename Kentsfield, Otellini noted that the processor will be released first to the gamer in the form of a new Extreme product, the Core 2 Extreme QX6700.  Running at 2.67 GHz, the CPU will feature 8 MB of total L2 cache, Kentsfield achieves quad core status essentially in the same way the Pentium D — gluing two distinct cores onto a single package and giving them a communication link. 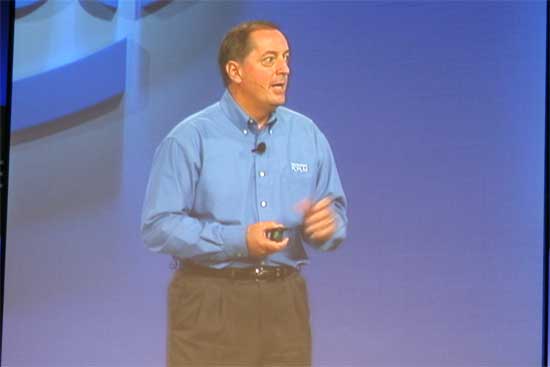 AMD has often claimed that this won’t be a true quad core processor, but like they concluded the Pentium D was not a true dual core processor.  While their argument might have some validity on a theoretical level, the resulting product to the end user is what truly matters.  It is true that AMD’s quad core processing, when it becomes available, will be much more elegantly designed and will see some performance advantages because of it (though performance between Intel’s and AMD’s quad core products isn’t decipherable yet).  In the end, Intel knows that their communication link between cores is a bottleneck and they are going to address it in a future product.

One advantage this type of design offers Intel though is in manufacturing costs.  All of the Core Architecture cores can be manufactured at the same fabs and on the same wafers, regardless of whether they end on dual core processors or are combined into quad core CPUs.  This keeps manufacturing costs low as Intel doesn’t need to refit an entire fab for a processor design that will be introduced as only on SKU at first.

Also, having separate cores during manufacturing allows Intel to bin them according to lower power consumption and higher frequencies.  This gives Intel the ability to keep their yield percentages (a defining data point in profitability of new products) high by pairing like-minded cores together.  On the other hand, if one core, or a part of a core, of a monolithic quad core processor (one die), the entire piece of silicon is either bad or binned towards the lower ranks, even if the rest of the die was perfect for a $2000 Xeon processor. 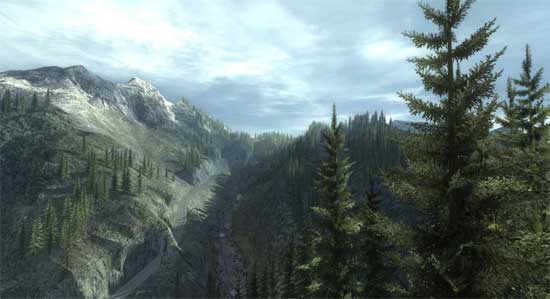 During the quad core talk, obviously centered around gaming since the first product will be a desktop Extreme Edition CPU, Intel brought out game developer Remedy, most well known for the Max Payne game engine.  Their current flagship development title is called Alan Wake, and we have seen it several times at PC Perspective during our talks with GPU manufacturers.  Intel brought them in though to show the power of quad cores in gaming.  Remedy showed some impressive physics action running ONLY on the quad core CPU that they claimed just couldn’t be done with dedicating one full core to the thread.

Other game developers are developing ways to take advantage of the power of quad core CPUs, as we saw in our first IDF article that looked at new Futuremark product that is building a game engine that uses four main processing threads. 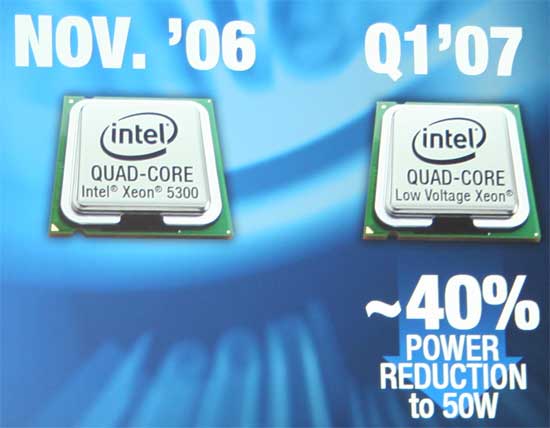 For the server and workstation market, Otellini noted that the first Xeon-based quad core parts would follow the QX6700 in November as the Xeon 5300.  Even more interesting for server applications is the aspect of a low-power consumption processor part that will lower power consumption to under 50 watts on quad core CPUs of the same frequency. 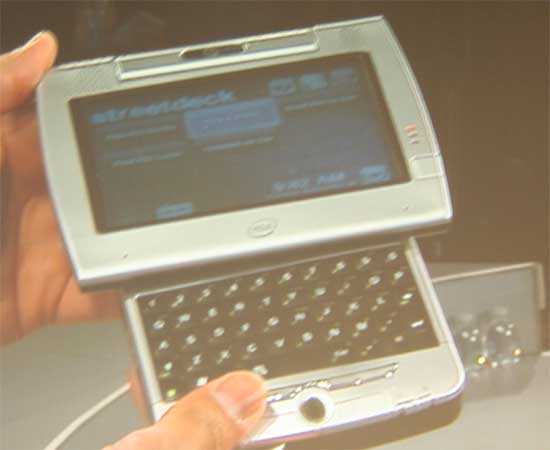 The mobility question was addressed quickly in the form of UMPC designs like the one shown above.  With new Core 2 Duo products running at even lower voltages and producing less heat, units that actually offer a lot of features are continuing to shrink in size and weight.

Intel had Volkswagen on hand to show off a new development they are designing for their automobiles that is essentially an on-car PC. 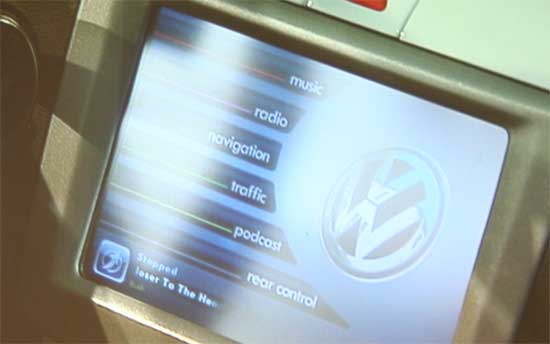 The interactive touch screen allows the driver to do many things like connecting to the UMPC (with attached WiMAX card) to stream Internet radio into the system, play different videos in the rear of the car while keeping a different audio selection up front as well as navigation and other more common PC features.