When looking at the idea of creating a platform for a processor such as this one comes up, the main focal point of the discussion is to figure out a way to provide enough data to the cores so that they can operate effectively. 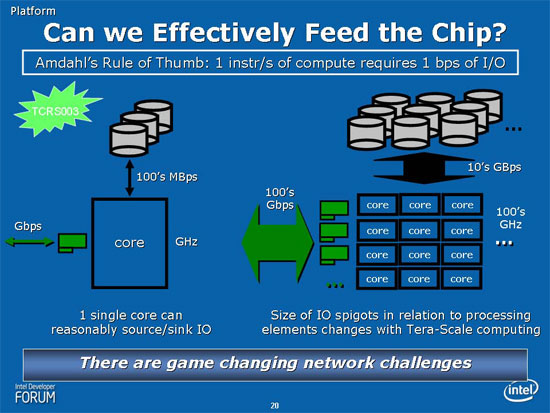 Here we can see that to have a reasonable chance of keeping these 80 cores busy, we’ll need to access 100’s of Gb/s of data and feed it to the CPU.  Not only does that create a problem of being able to move the data from system memory to the CPU that fast but also in getting that much data through a network connection or hard drive connection into the memory system. 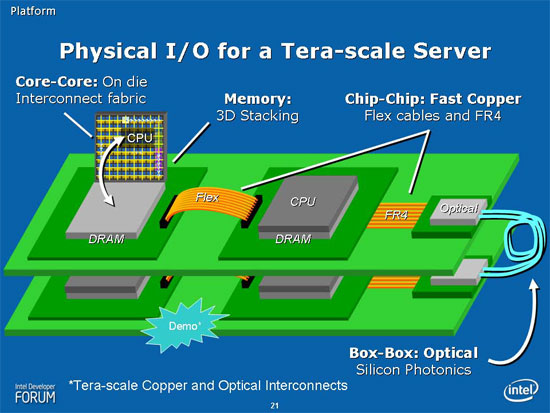 Intel’s current ideas plan for a mix of optical data transmission, in this case silicon-based photonics, with very fast flex cables based on a copper networking connection between cores on the same PCB.  The optical connections could be used for multiple PCBs or between different machines in a network housing unit.

In reality though, this particular issue might a bigger problem than the others we have addressed thus far if only because Intel doesn’t have enough direct control over these industries (optical data transfer for example) to make sure the technology is in place for a terascale product. 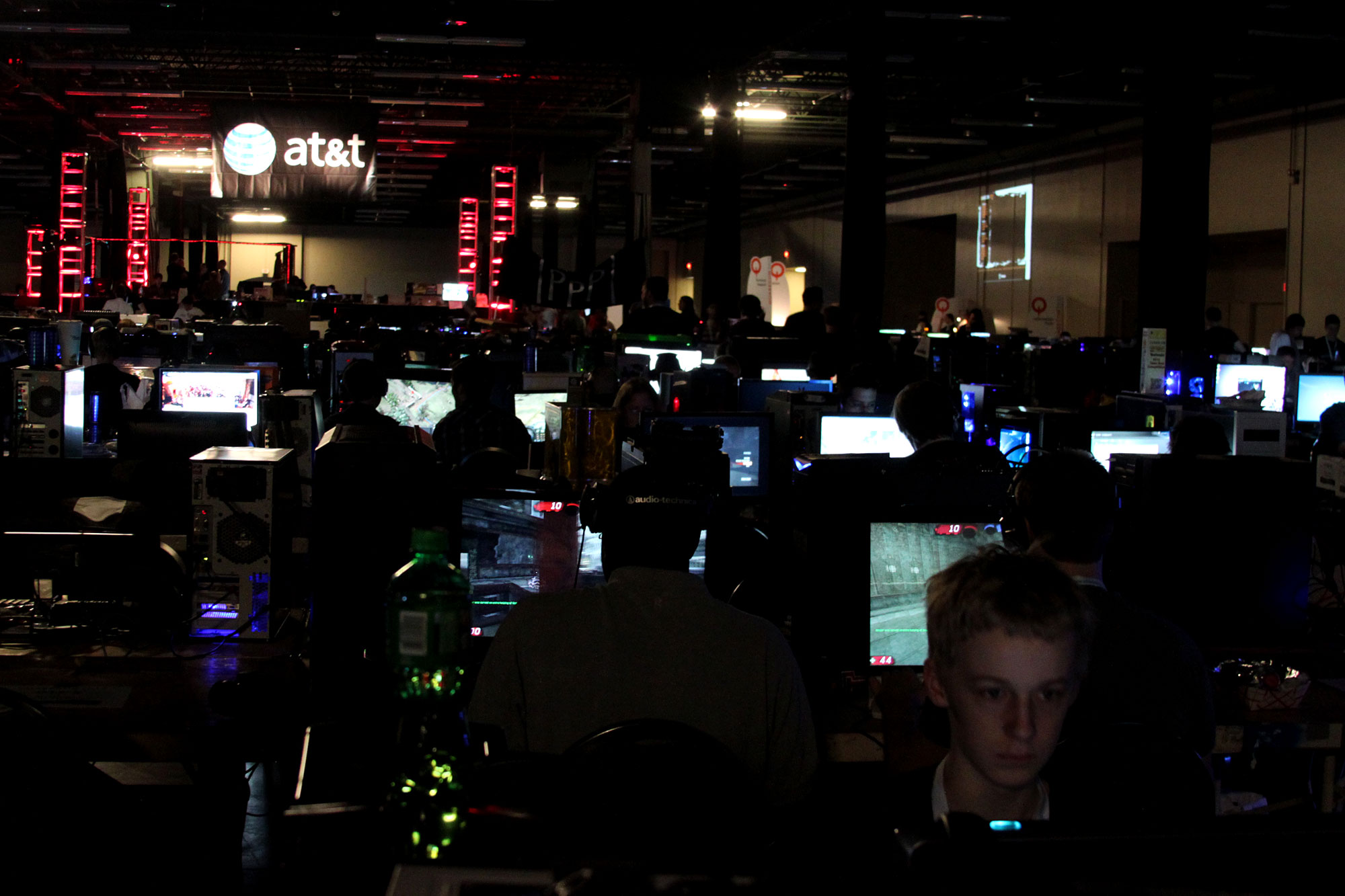