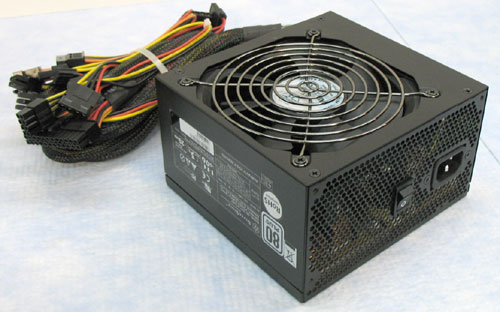 With both CPU cores fully loaded and running benchmarks on the twin GPUs, I recorded the following measurements.

If we assume an 84% conversion efficiency at the highest load (433 watts AC x .84 = 364 watts DC), this results in a maximum DC load of 364 watts; well within the ST50EF-Plus’ rated 500W capacity.  It also fits neatly into the PC-V1000 chassis, which won’t accommodate a longer, high capacity power supply without modification.

The SilverStone Element power supply has a full assortment of cables and connectors. The main wiring harnesses measure approximately 20’~21′ long to the first connector and all of the main power cables and two PCI-E cables are covered with black plastic mesh sleeving. 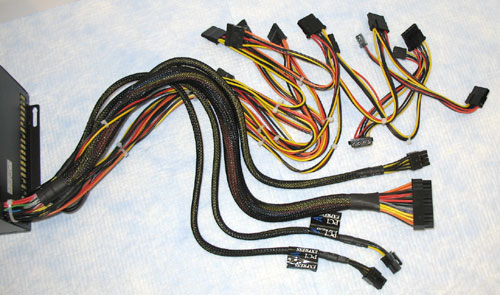 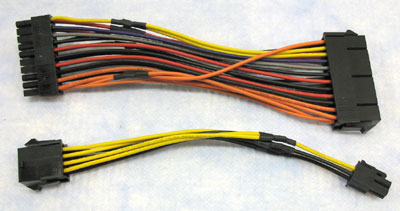 The +12V adapter cable that was supplied with my review sample and all early shipments of the ST50EF-Plus, combines the two +12V1 wires with the two +12V2 wires during the transition from the +12V 8-pin connector to the +12V 4-pin (ATX) connector.  Under some conditions, this may shift too much load onto one +12V output or the other and cause a PSU shutdown, even though the combined load doesn’t exceed 36A.

SilverStone has replaced this adapter with a new one that only passes the two +12V2 wires in the 8-pin connector to the 4-pin connector.  In the unlikely event you are experiencing problems with a SilverStone Element-Plus PSU that seems related to overloading the +12V outputs, and you are using the adapter shown above, contact the SilverStone branch office nearest you and they will send you a new adapter at no charge.

Here are a few pictures showing the layout and components inside the Element ST50EF power supply. 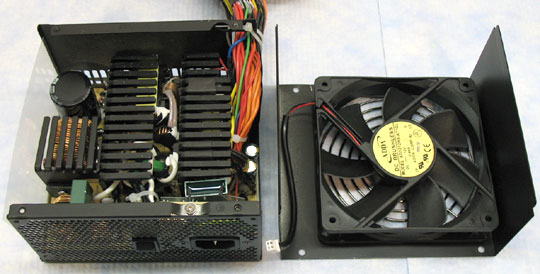 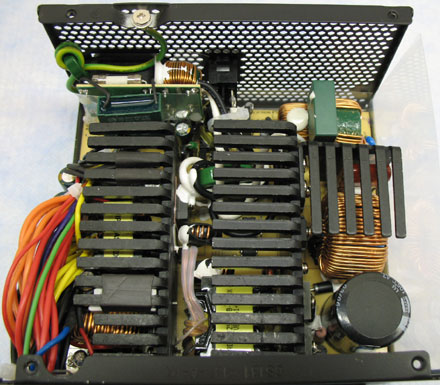 Note the large black capacitor at bottom-left in the next picture with a 105Â°C A3 rating => industrial grade components. 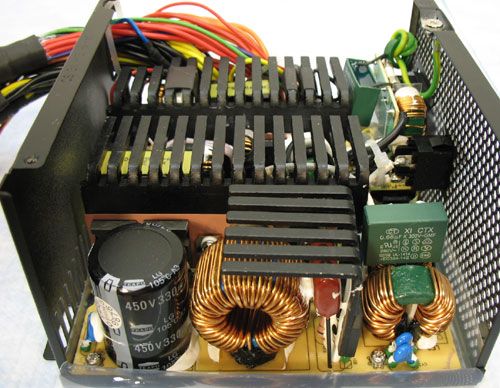 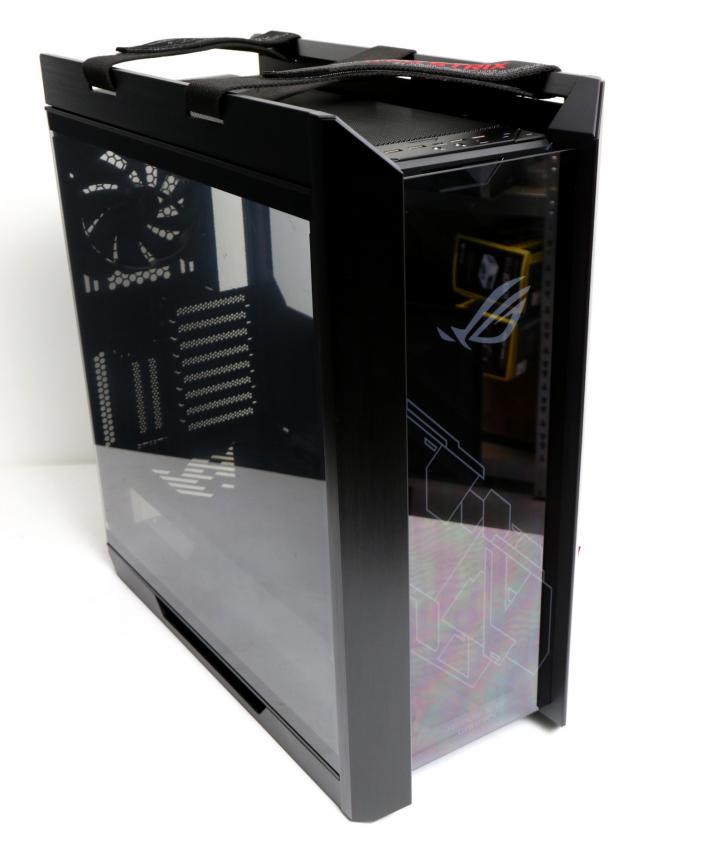