Looking at the power consumption on these lower-end video cards is a breath of fresh air compared to the likes of the power-starved 7950 GX2 and X1950 XTX flagship cards.

The XFX 7900 GS and the ATI X1800 GTO use identical amounts of power in our testing, with the 7600 GT OC card from BFG pulling less than both. 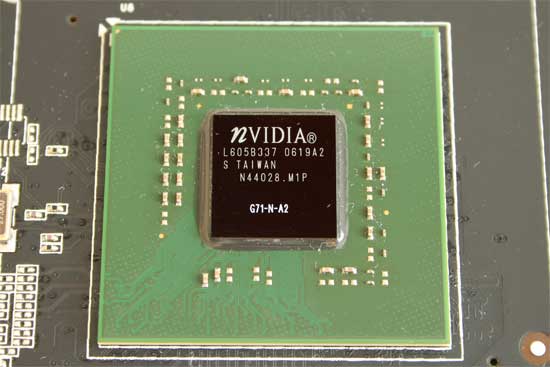 We can’t just run past performance without mentioning SLI.  While we didn’t get two of these cards to test with yet, based on what we know about SLI and our prior experiences with it, especially on these lower-end GPUs, SLI gains are going to be substantial.  I would fully expect to find at least a 50% gain in overall performance going from a single 7900 GS card to two of them in SLI; 75-80% gains are going to be seen in many games such as Call of Duty 2 and FEAR I am certain as well.

This is one area where NVIDIA as a company has the advantage over ATI; their multi-GPU strategy is simply leaps and bounds beyond ATI’s CrossFire in terms of stability, support and performance.  And for a combined cost of $400, two 7900 GS cards in an SLI configuration could be a fantastic upgrade path.

As of this writing, we couldn’t find any 7900 GS cards for sale (which makes sense as the NDA expires 12 hours from now), but I have assurances from several card manufacturers that you will find stock cards for under the $200 mark and overclocked cards for around $220.  Compared to the ATI X1800 GTO that is priced no less than $240, the 7900 GS looks like it is going to be a bargain!  NVIDIA claims to have wide availability of these cards today and if they keep their promise, I’d imagine these cards will be selling well.

NVIDIA today announced a new mid-range card in the 7900 GS and a new enthusiast-class card in the 7950 GT.  While only the 7900 GS is available today, the XFX model that we reviewed here shows that NVIDIA is out for blood against the new ATI/AMD conglomerate.  Remember when I told you that by the end of this review you’d agree that competition is good for consumers?  The NVIDIA GeForce 7900 GS is all the proof we need.

If you found this review informative, please DIGG to share it with others and help out your PC Perspective community!

If you have any questions or comments about the product or review, feel free to stop in our Graphics card forum where I have started a thread on this topic.

Be sure to use our price checking engine to find the best prices on the NVIDIA 7900 GS and anything else you may want to buy!