NTTTCP, a network bandwidth testing tool made by Microsoft, we test the wireless adapter performance of the Aurora m9700. We perform two tests: one from 2″ from the antenna to reduce the effects of interference; and another test 28′ away which is more susceptable to interference and broadcast problems (i.e. transmission through walls). The first test at 2″ is more accurate and repeatable, whereas the test at 28′ is more erratic and should only be used for informational purposes only. 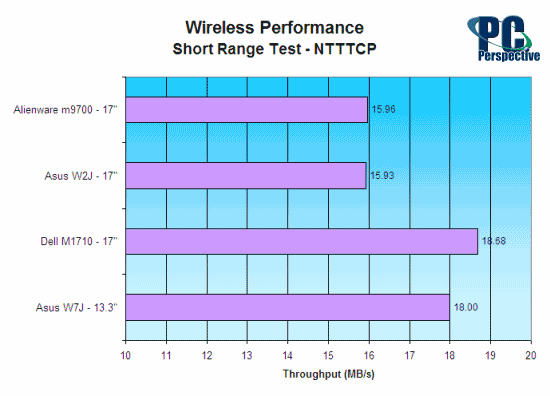 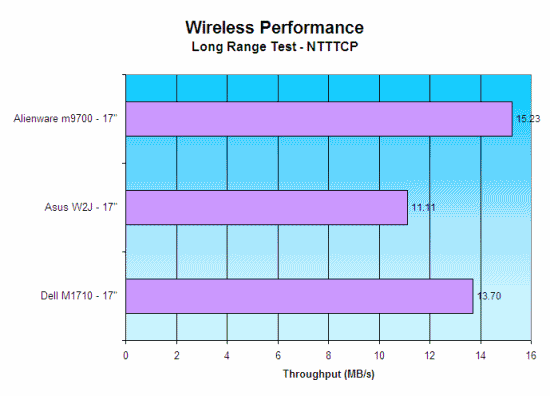 At 2 inches from the antenna, the Aurora m9700 does very well, but the big story is when it’s further away at 28 feet. It manages to maintain a strong 15 MB/s which makes it the fastest against the other systems compared here. Perhaps the optional Airgo MIMO feature helps sustain better throughput even though my network does not use MIMO. 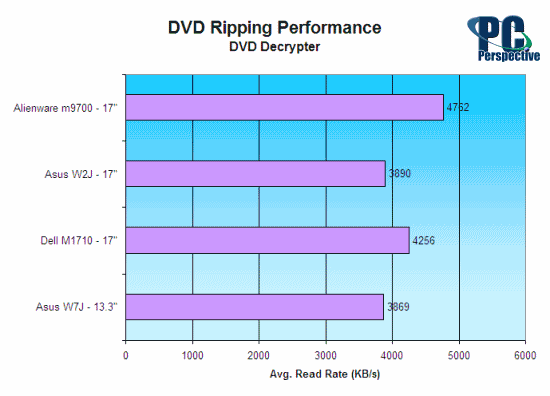 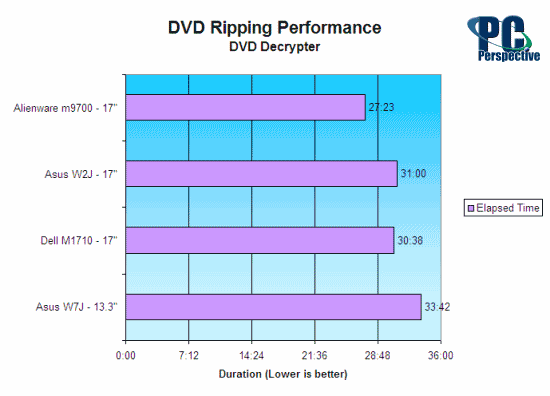 Decrypting and backing up an entire DVD took just over 27 minutes, which makes it the fastest DVD ripper amoung these systems. It’s also worth mentioning that the m9700 comes with an NEC DVD burner which has a reputation of being reliable and capable of burning at speeds beyond the rating on the DVD media. 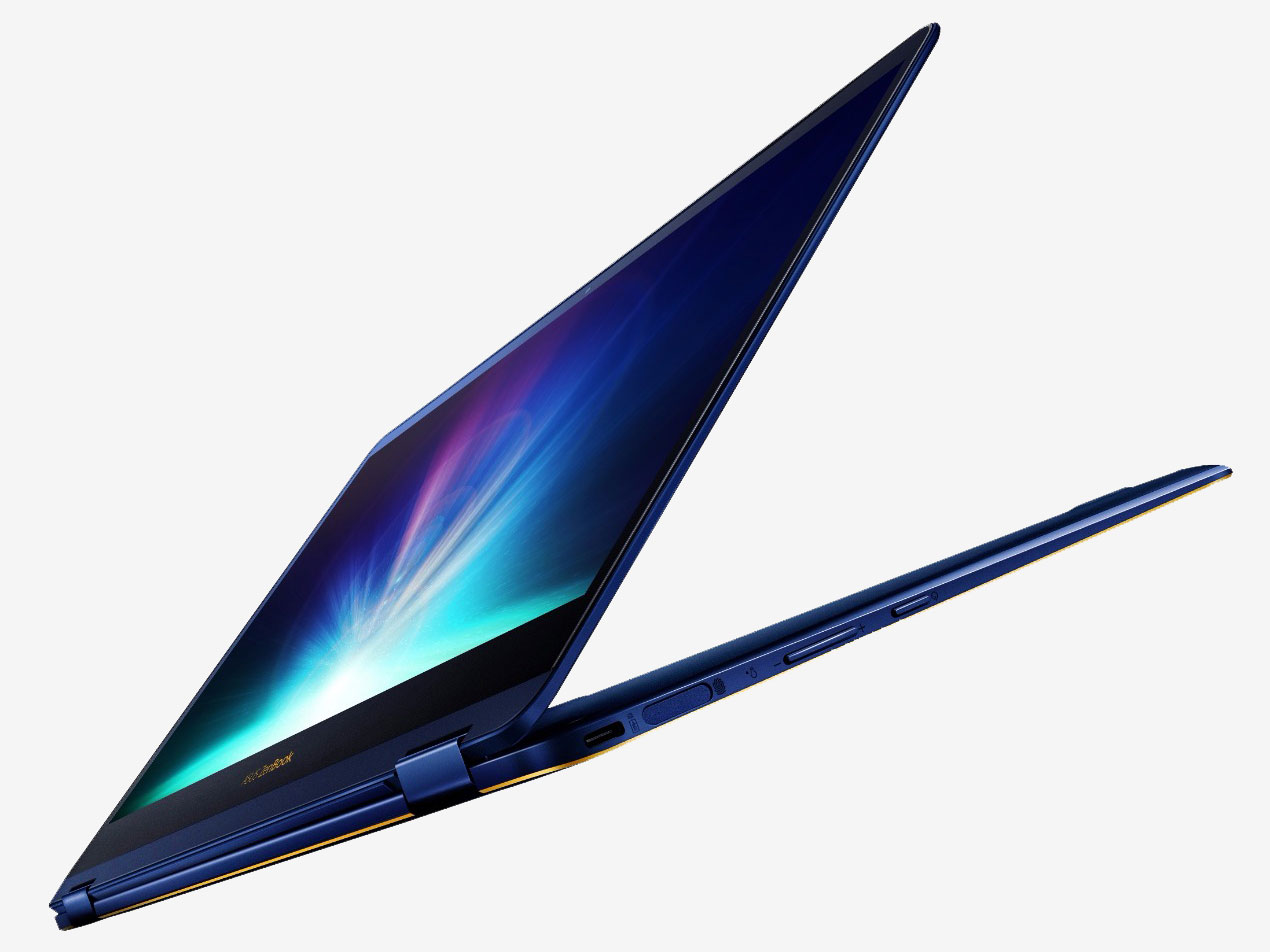