We will now test the hard drive, USB, and Firewire performance using HDTach. Results from these tests are important if you do a lot of disk writing and reading like copying media files, and transferring files between external devices. To compare, we are testing the different hard drives that came in Asus laptops (all 5400 RPM) and the Dell XPS M1710 which has a 7200RPM SATA drive. For USB and Firewire tests, we are using a ByteCC ME-740U2F enclosure with a ATA133 hard drive. 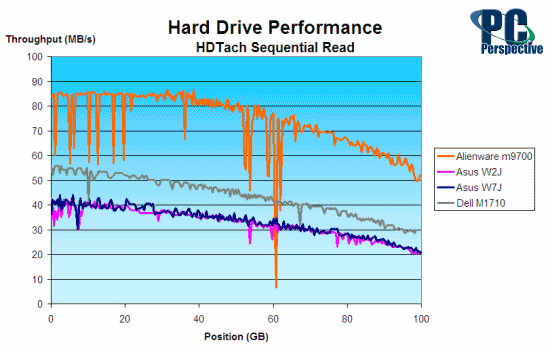 Thanks to RAID 0, the Alienware m9700 looks VERY good in HDTach, but these results should be explained. RAID 0, though offers superior read and write speeds, does not offer any data security at all, if anything it leaves your data in worse shape in the event of a drive failure. I strongly recommend RAID 1 or even no RAID than going with RAID 0, but that decision is up to you. If you get RAID 1, expect read speeds similar to RAID 0 but with slower write speeds. 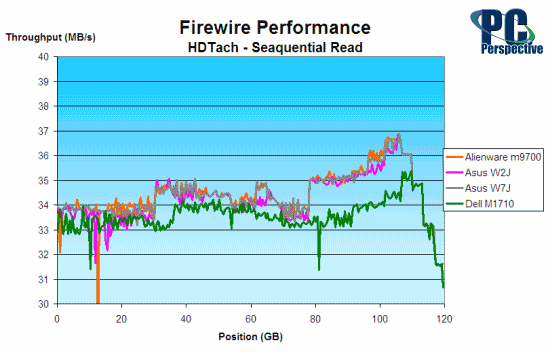 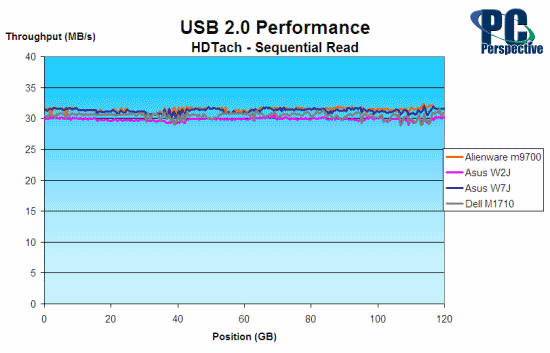 With Firewire, we can see that the m9700 performs on par with the other laptops. In USB testing, the m9700 actually squeaks out the top spot with slightly faster burst and average read speeds than the Dell XPS M1710. 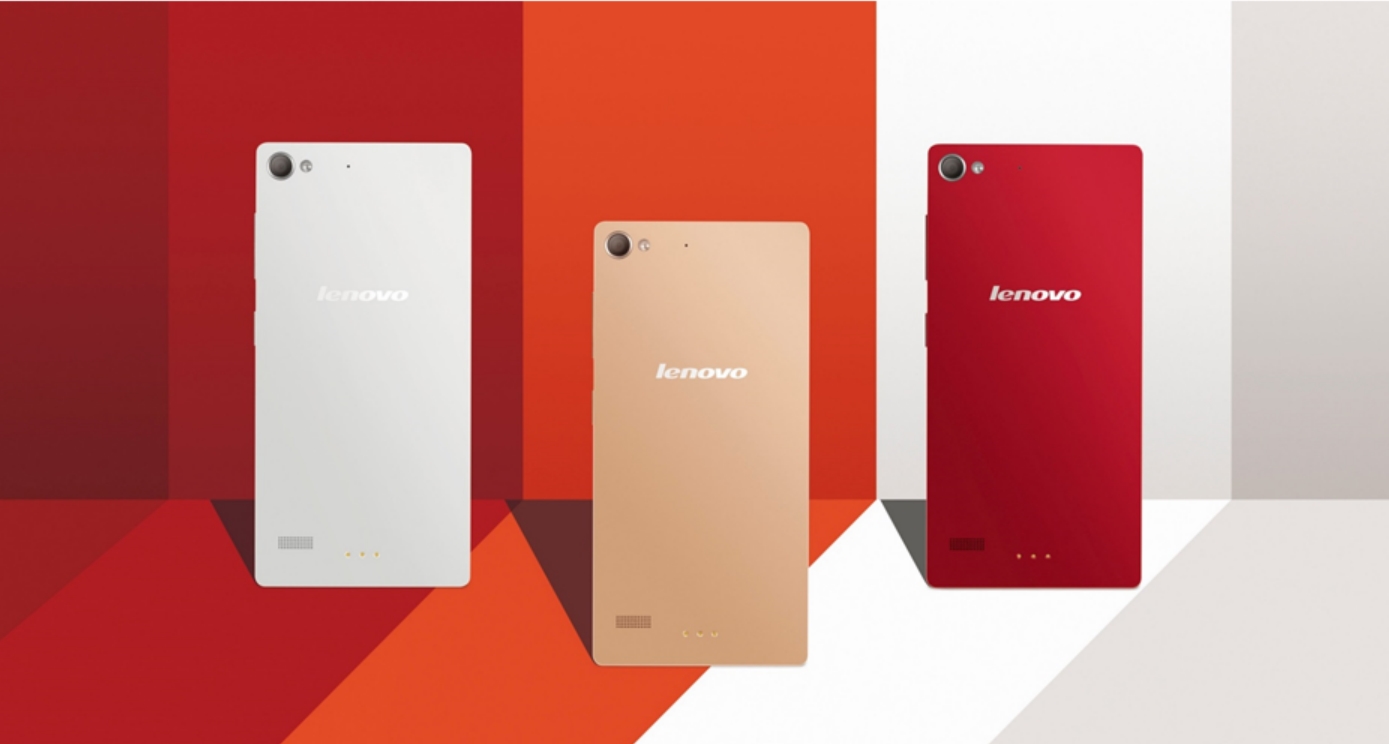