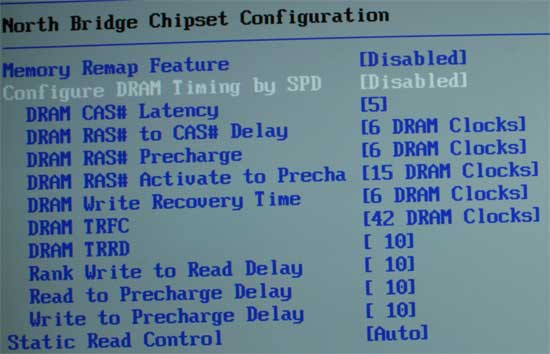 Continuing on into the BIOS, we reach the memory settings in the P5B Deluxe.  Here we have the most prominent memory timings like CAS latency in an easy to read and understand manner. 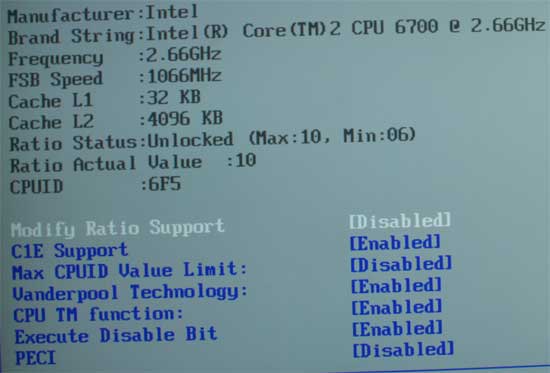 Other overclocking options are included here like the ability to modify processor ratios on the Core 2 Duo CPUs — something that is just now coming into fruition.  While you can only adjust the CPU multipliers DOWN, that should allow users to overclock their system bus and memory speeds without hitting a ceiling on the processor frequency.

Our E6700 processor has a maximum multiplier of 10x — also the default multiplier on the CPU as well.

We can lower it down to 6x if we’d like.

This TM setting in the BIOS seems to control what the system reports to other system settings when you are overclocking the processor above factory settings.  They mention the 3.6 GHz; let’s hope it easy to get to that!

Here is where we adjust the PCI Express bandwidth on the secondary PCIe graphics port.  While we were testing CrossFire support, in my expereience the Auto setting didn’t properly work, as our second GPU wasn’t detected in Windows until we set it to x4 mode. 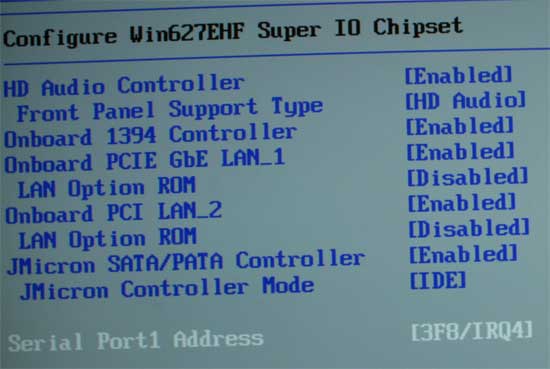 Here is where you can enable and disable all the on-board features included on the Asus P5B Deluxe. 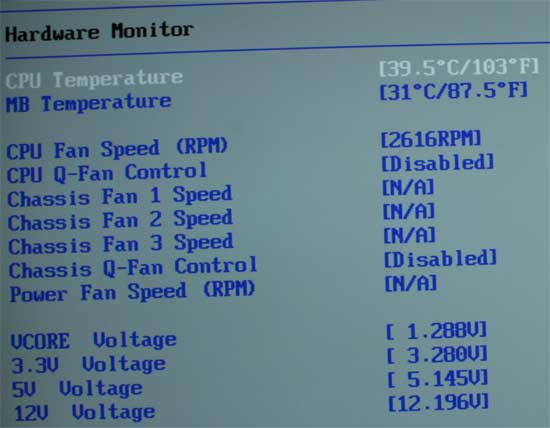 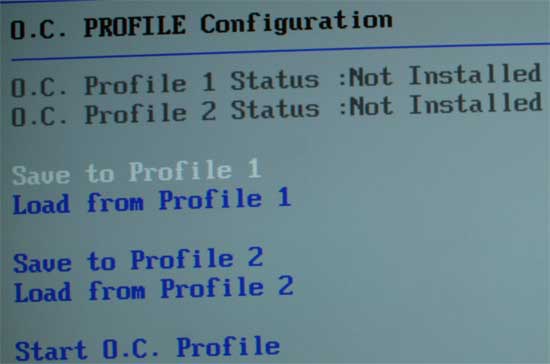 Finally, we see Asus has included the ability to save BIOS settings into profiles to save and come back to later.

Also, though not shown above, the Asus P5B Deluxe has a great feature that allows you to start the BIOS flash application from within the BIOS editing screen.  This means you no longer need a boot disc to flash the BIOS on your board or try to located the correct flash application on a manufacturer’s website — just get the file and go!