The physical design is just one portion of the motherboard that NVIDIA spent a lot of time perfecting for their partner boards.  The BIOS was also very important to the engineers and getting it ready for enthusiasts and overclockers was key. 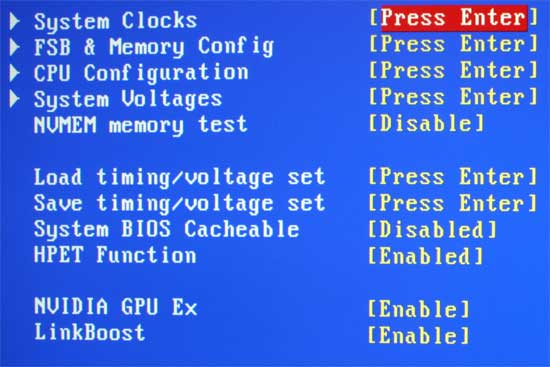 This is the section where you will be spending most of your time; you can edit the frequencies, voltages and timings through out the menus here. 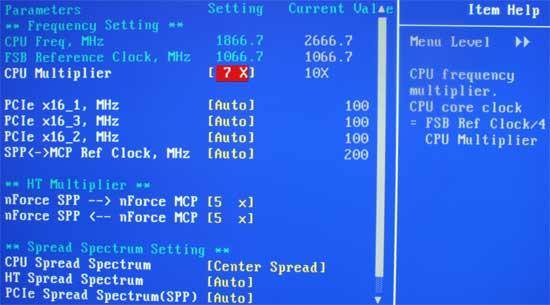 In the system clocks menu, you can adjust the CPU multiplier as well as the PCIe and HyperTransport speeds.

The multipliers can go as low as 6x on our E6700 CPU here, but only up to the maximum of 10x because of the locked multiplier.  For Extreme Edition processors, you can move the multiplier’s up as well. 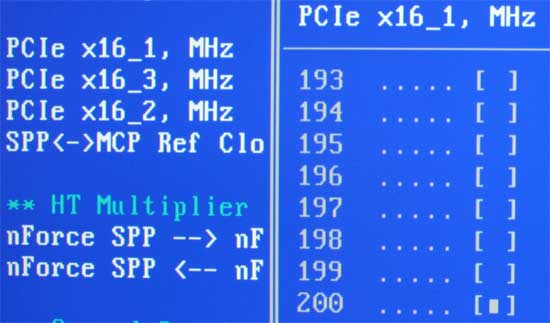 PCIe speed can be adjusted up to 200 MHz on all three of the x16 slots.

And the HT multiplier is still adjustable as well. 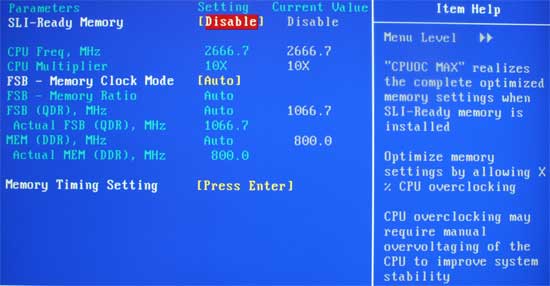 In the FSB and Memory configuration screen, we have the ability to play with the great overclocking options that NVIDIA has included. 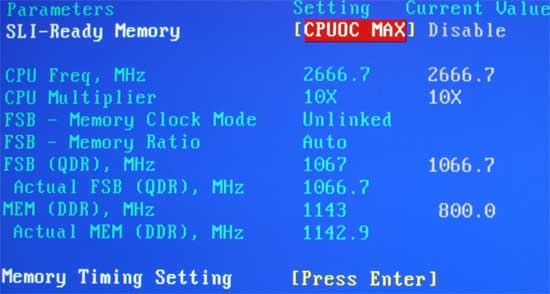 Setting up SLI memory is a snap, and if you are into the automatic overclocking that it provides, you’ll appreciate the clear and readable explanation under the “Item Help” column on the right hand side.

NVIDIA’s new BIOS allows you to link or unlink the memory clock from the front-side bus, essentially allowing you to set the memory bus completely independently of the CPU FSB.

In linked mode, you can select the memory ratio that you’d like to use, or set it to Sync mode that is a special option NVIDIA has included in order to allow for higher overclocks of the FSB. 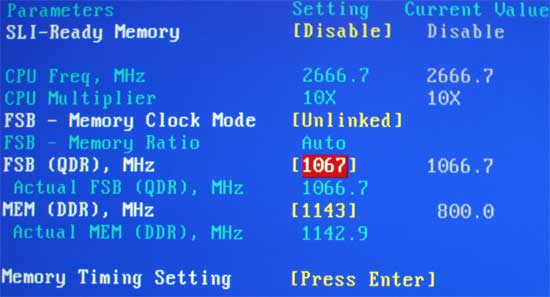 Here you can see a setup selection that shows the FSB set to default at 1067 MHz while running the memory at 1143 MHz — a completely independent speed setting.

You can adjust the memory speeds from DDR2-400 all the way up to DDR2-1400 if your memory can handle it!  I was able to get 1200 MHz out of some brand spanking new Corsair modules.

The memory timings menu is well laid out and like all of the NVIDIA BIOS settings, show the current value as well as the options you have to set it at.  I can’t stress how great a feature that is to be able to see what the memory timings are currently at in the BIOS before changing them! 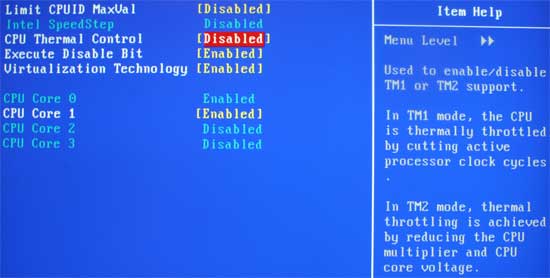 Here you can enable or disable the CPU features, as well as turning off one or more of the cores (up to 3 on a Kentsfield).

The voltage settings are grouped together here and show the current values off the right; a big plus!!!