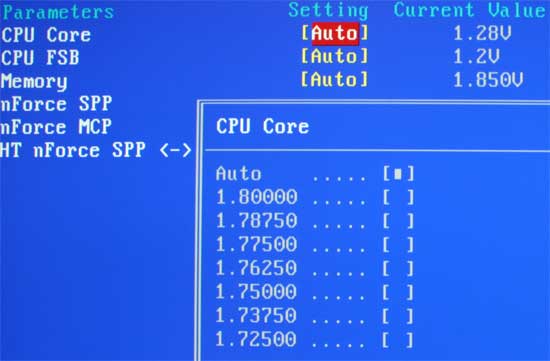 CPU voltages can pushed all the way up to 1.8v, but be careful that you have adequate cooling here!  I only needed 1.55v to reach my maximum overclock. 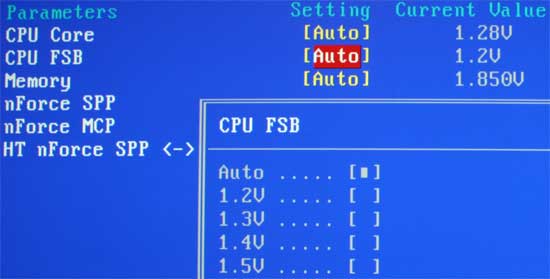 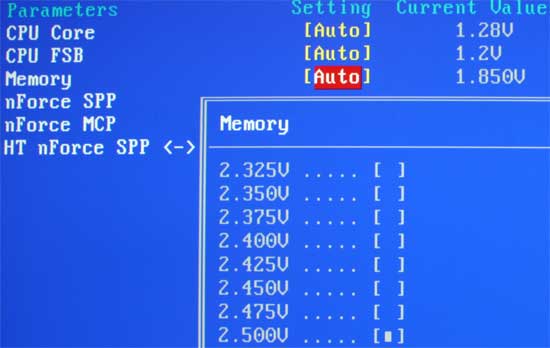 The memory voltages can be set as high as 2.5v for extreme overclocking users. 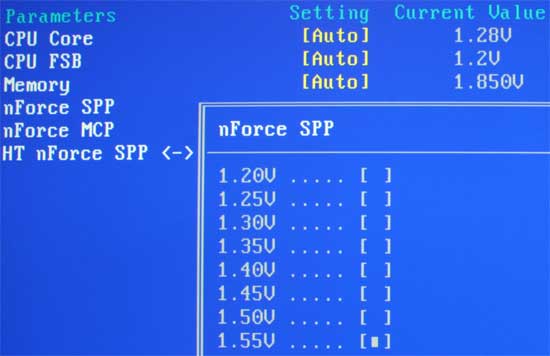 The SPP voltage can be bumped to 1.55v if needed… 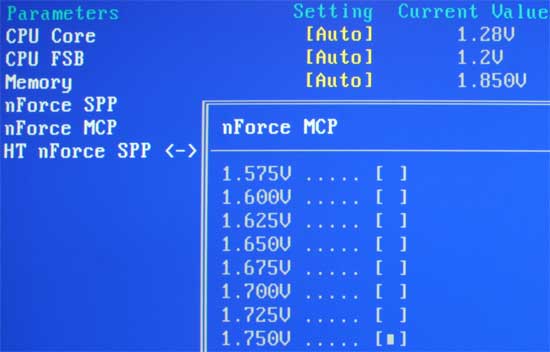 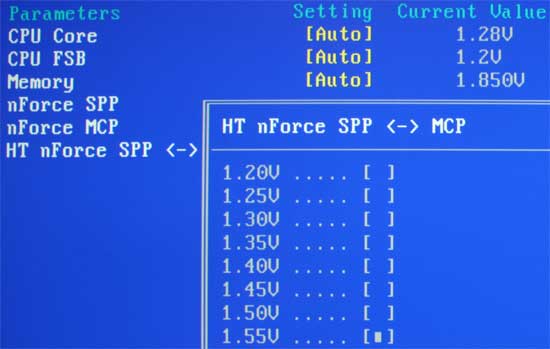 Finally, you can adjust the voltage on the bus between the north and south bridge up to 1.55v. 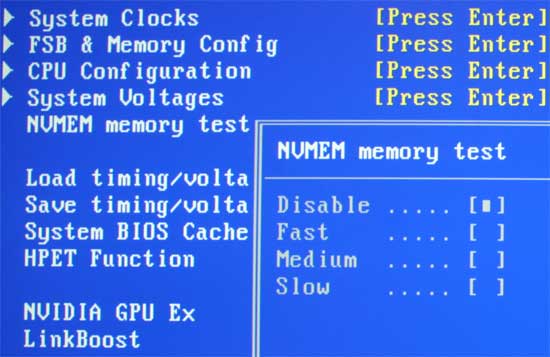 NVIDIA has included their own memory test for stability testing that runs after POST when enabled. 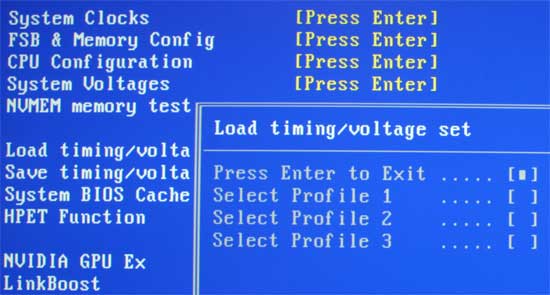 NVIDIA has included a Save/Load profile feature as well which is very helpful for overclocking and tweaking — setting fall back options is a must.

The HPET here is important for successful overclocking.

Though the motherboard doesn’t have any eSATA ports on it, any of the 6 regular SATA channels can be made into an external connection by running a cable from it to outside the case and setting this BIOS switch.

All of the on-board features can be controlled here in the BIOS. 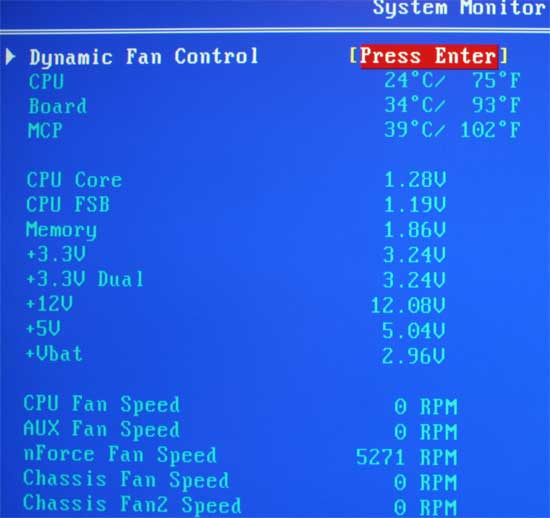 The hardware monitoring on the board is very good; we can see the temps on the CPU, board and MCP as well as the voltages and fan speeds for the other major components. 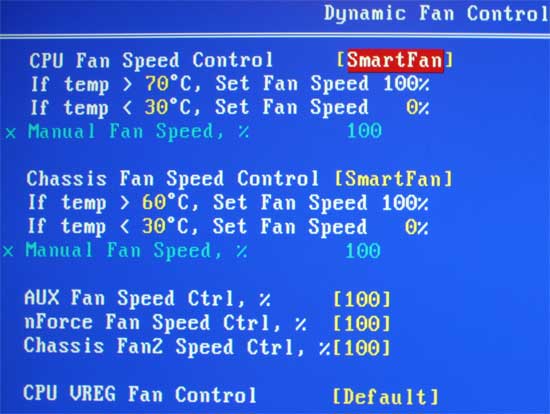 The Dynamic Fan Control settings on the board allow the user to setup very detailed fan speed settings based on temperature ranges.

Here you can decide on a minimum temperature between 51 and 100 degree Celcius.

And then assign a fan speed based on a percentage.

Overall, the NVIDIA 680i BIOS is the most robust and detailed I have ever worked with and they have quite literally thought of everything that an enthusiast could want.  Props to NVIDIA for this!!