When all the technology is done with, what we are left with is another processor in Intel’s LGA775 package that looks just like the first one. 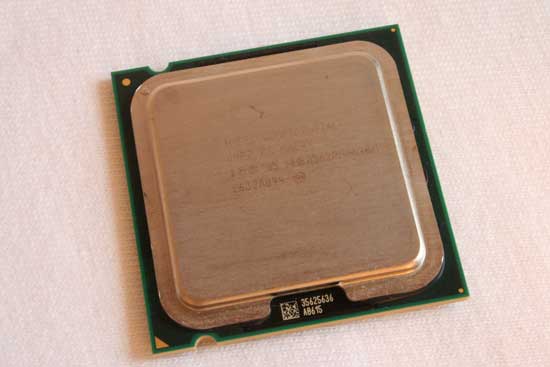 Our QX6700 engineering sample doesn’t have the retail markings on the top of it that you’ll get when you buy yours, but it is otherwise the same silicon and logic.  The Core 2 Extreme QX6700 will run at 2.67 GHz, on a 1066 MHz FSB with dual 4MB shared L2 caches for a total of 8MB.  The transistor count is 582 million (Conroe’s transistors x 2). 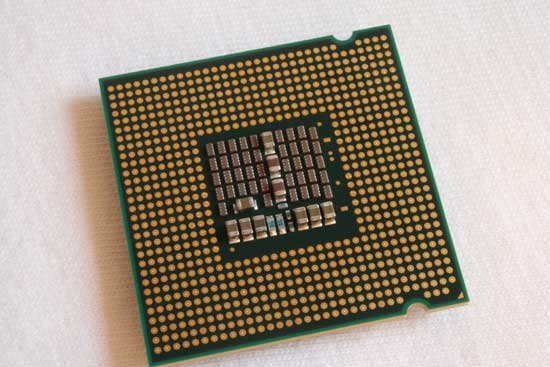 Here see a slightly changed bottom on the processor for the power changes required for a quad-core configuraiton. 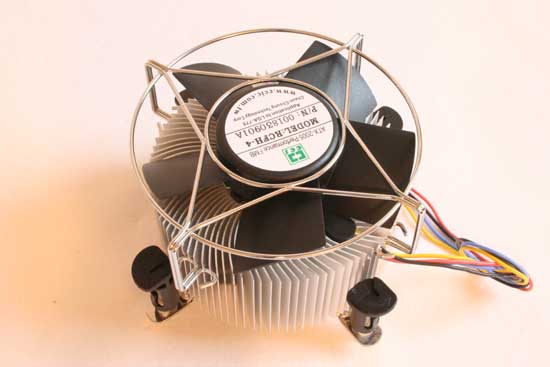 The heatsink that Intel sent along with the sample is differen than anything we have seen from them before.  The fan spins slightly faster than on the previous OEM heatsink modules and the heatsink itself is a bit taller.  The fins are thinner and thus there are more of them to promote slightly better cooling than previous versions. 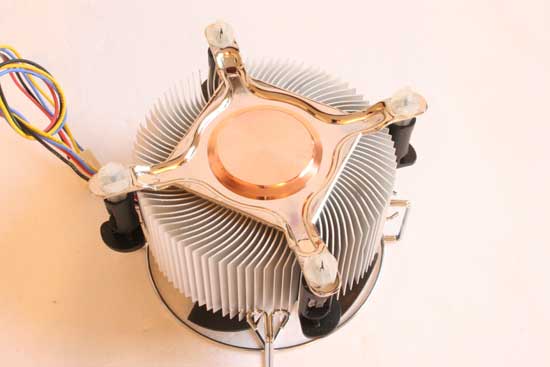 The bottom of the heatsink shows an identical copper base to transfer the heat from the CPU heat spreader to the heatsink.  Installation and retention remains unchanged as well and if you have seen or installed an LGA775 heatsink before this will be no different.

If there was one surprise to us during the launch of the 975X chipset and corresponding Intel processors, it was that Intel had made their flagship motherboard not only a reference dream system with stability unlike any we have seen, but that they also made it a damn good board for tweaking and overclocking; something Intel had never done before. 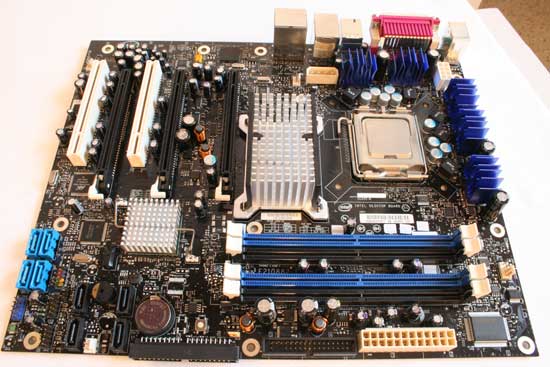 For the release of the Conroe processors, Intel tweaked the 975XBX motherboard, made some minor power changes and now dubs it the Intel 975XBX2; or as it has become known in the hardware community “bad axe 2”.  The board still uses the 975X chipset, obviously, and still supports AMD/ATI CrossFire technology…though with relations the way they are in the industry, we’ll see how long that can hold. 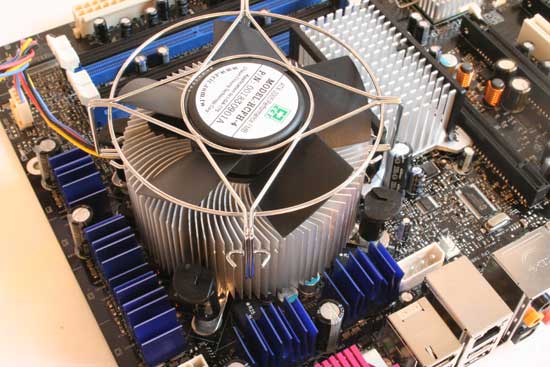 The new heatsink installs snuggly on the 975XBX2, and we were off and running to the quad-core races!