Sorry for the long gap between writings — I won’t bother giving any excuses and just get right to the meat.  In the world of PC hardware, a lot has happened since IDF in September, including the introdution of quad core processors, a new unified architecture DX10 GPU from NVIDIA and an impressive notebook from Alienware using both SLI and RAID.

At IDF we were introduced to the Intel Kentsfield processor, the first quad core desktop processor, and it was finally unveiled to the world in early November as the Intel Core 2 Extreme QX6700.  Performance was fantastic in situations where more than 2 threads were active, but even some two-thread applications saw some performance loss when move from the dual core to the quad core.  In the end, I decided that quad cores were a great idea for enthusiasts that are gaming in addition to doing movie work, 3D work or something of similar pro-sumer level.  Games certainly aren’t using quad cores — yet.

The Alienware m9700 notebook that Jon reviewed for us last month is one impressive mobile device.  It uses not one, but TWO GPUs in an SLI configuration and uses not one but TWO hard drives in RAID configuration!  It is definitely not a cheap system, but if you want incredible performance this is one place you must look.

Last week was a big one for NVIDIA as well — they released not just a new GPU architecture, but a new Intel-based chipset that promises to finally overtake the Intel 975X dominance in the enthusiast market and offer extreme overclocking.  The GeForce 8800 GTX and 8800 GTS graphics cards are a brand new architecture, know as G80, that is the first unified architecture that supports the upcoming DX10 features that Microsoft is releasing with Vista this month.  It offered absolutely stunning performance, as much as 2x faster than the 7900 GTX single card and runs away from anything currently available.

The nForce 680i chipset was also damn impressive — not only matching performance of the 975X chipset but easily allowing us to overclock the FSB on our X6800 processor to over 2000 MHz!!  The feature set is very similar to what we saw in the nForce 500 series, but with a totally re-done memory controller and bus control system to allow for overclocking that is beyond anything I have seen; and easy to use!

In other news, I don’t know if you knew it but apparently there are some new consoles coming out?  Both the Nintendo Wii and the Sony Playstation 3 are due out very soon and the world of console gaming is just blowing up for the holidays.  I have recently bought Guitar Hero 2, Bully, Tiger Woods 2007, Call of Duty 3, Gears of War and am eagerly awaiting to pick up my Nintendo Wii!!  But with all this dang work piling up, I haven’t had much time to play them…  What I have played of Gears of War has been very impressive, combining the ease of play of Call of Duty with graphics that look like early Unreal Engine 3 shots.  I was excited about the PS3 release, but honestly with all the trouble in getting one, I just decided to give up; I have enough to do any way.  🙂

Have a great week! 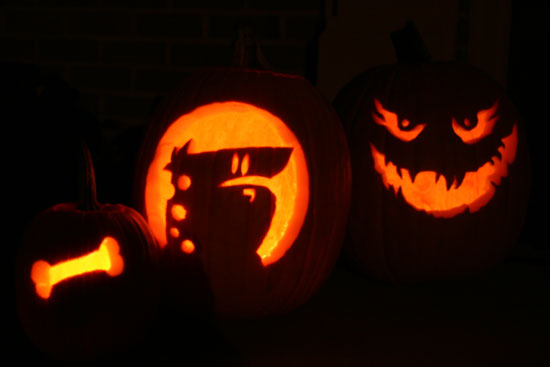 Inquirer to Online Media: You are all Patsies!