Installation of the drive is really quite simple: connect the power, connect the USB cable and insert the Xbox 360 console update disc.  The update process takes just a few minutes, is completely automated and configures the system for your new drive. 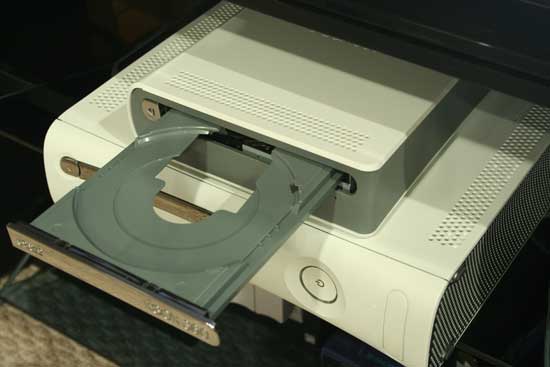 The external drive works just like the drive bay on the console; pushing the eject button to the left opens the drive bay like this. 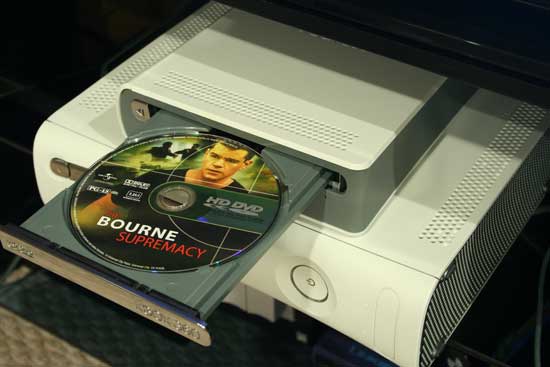 As I already own a Toshiba HD-A1 set-top box, I own several HD-DVDs so I just popped in a copy of “The Bourne Supremacy” and sat down to see how the experience went. 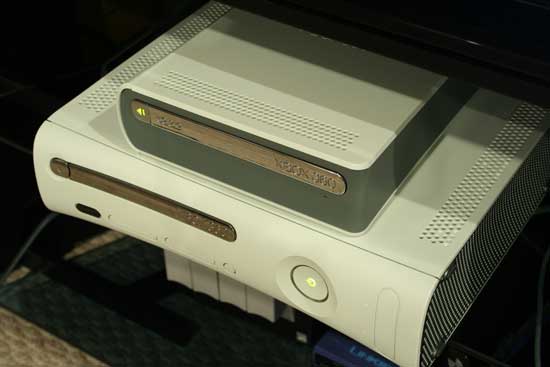 With a disc installed, notice the eject button illuminates; makes it easy to find in the dark as well, if it matters. 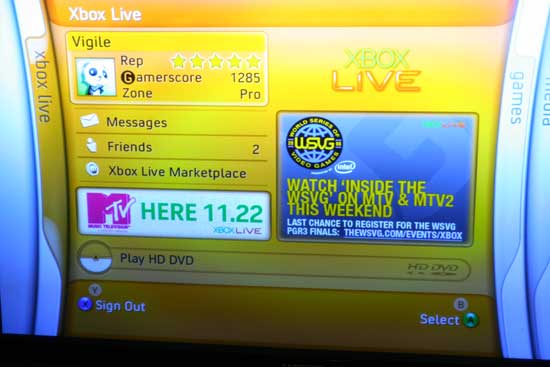 When the console boots up into the Dashboard, I noticed that the bar at the bottom that usually lists “Play DVD” or “Play Game” now has two options, one for the main console drive and one for the new HD-DVD drive.  You can see that by using the lower selection, we can choose to “Play HD DVD”. 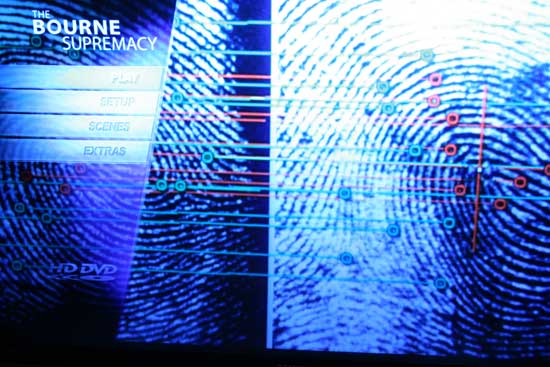 Taking pictures of movies on my DLP TV is really just an impossible task, so these images shouldn’t try to showcase the image quality at all, but rather just proof that the drive works and the features you expect on HD-DVDs will work on the Microsoft HD-DVD drive. 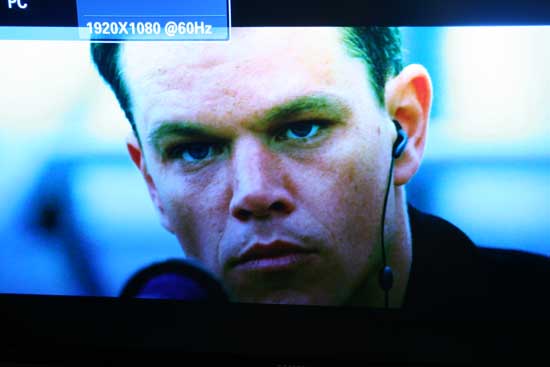 Here I have also pressed the “info” button on my TV to show you that I am outputing this HD-DVD from the Xbox 360 over the VGA output, to a VGA input that my Samsung HL-S5687W TV supports, at a full 1920×1080 resolution at 60 Hz.  Even the current HD-A1 set-top box from Toshiba doesn’t support 1080p output.  To be fair, I can’t be sure whether or not the disc is being decoded at 1080p or if it is being decoded at 1080i and then upconverted by the Xbox to output at 1080p.  I’ll be doing some more research to find out for sure though. 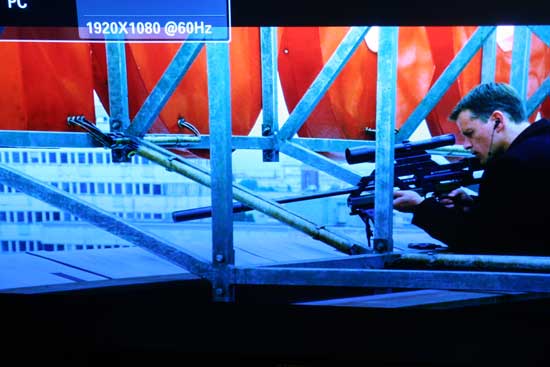 Just another shot of The Bourne Supremacy in action…

As for the image quality coming from the Xbox 360 HD-DVD drive, I have to say I was impressed.  Having been familiar with the HD-DVD systems already in my home theater, I could tell that the Xbox 360 was outputing a nearly identical picture with no image quality degradations that I could find.  And thanks to the support for optical output on the Xbox 360, the audio was impressive as well.