Using the drive on your PC

Now for the fun part, and the part that I wasn’t expecting when I went out to buy this drive.  It turns out, thanks to the standard USB connection that the Xbox 360 uses, you can use the external HD-DVD drive on your PC; and it’s easier than you might think. 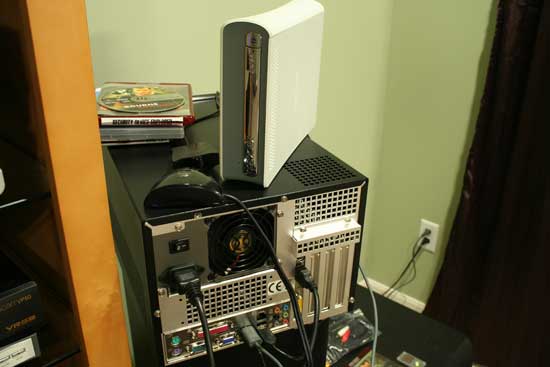 Here you can see the Xbox 360 HD-DVD drive sitting on top of an HTPC near my television, plugged in and connected to the rear of the system with the USB cable that came with it.  The HTPC in use here uses an MSI NVIDIA 7600 GT video card with HDCP support (which is of course still required for HD-DVD playback on a PC) and an HDMI output. 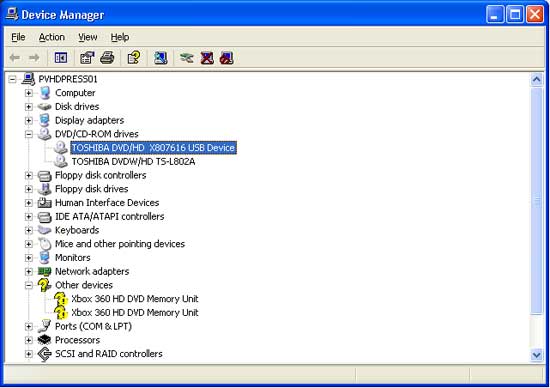 Simply plugging in the USB cable to the HTPC system will present you with the standard “New Hardware Found” wizard.  Clicking next through the process will not find any drivers and you’ll be left with the above results in the device manager on your system.  What is important to note though is that even though the Xbox 360 HD DVD Memory Unit devices do not have drivers, the Toshiba DVD/HD X807616 USB Device is showing up as a working device in the DVD/CDROM drives section. 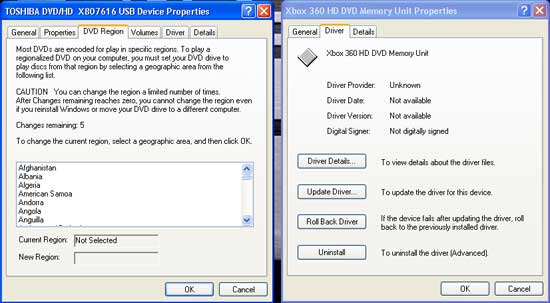 Looking at the drivers in more detail, you can see that the device that DOES have drivers and installs correctly on Windows XP shows settings like DVD Regions that indicates some functionality.  It turns out, that even without a driver for the external device, the ability to read the data on the discs is native to Windows XP.  Now, that being said, you WOULD need a driver to read the data structure of HD-DVDs, if you wanted to look at the data on the disc in Windows Explorer for instance. But to just play the HD-DVD movies, all the software required is built into Windows and the HD-DVD playback software. 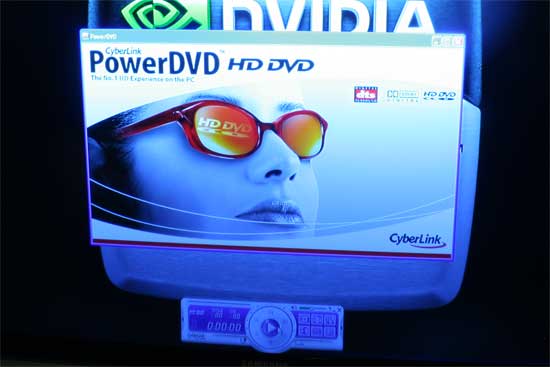 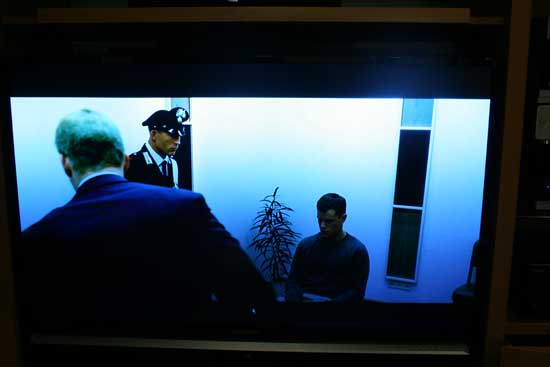 Here I have placed the same copy of “The Bourne Supremacy” in the drive while connected to my HTPC and everything is working well.  Image quality is as good as we have seen on the Xbox 360 and set-top boxes and performance was very good as well.  In truth, performance will depend on your CPU and GPU being used, but that discussion will be coming later in the week as I look at NVIDIA’s PureVideo HD technology. 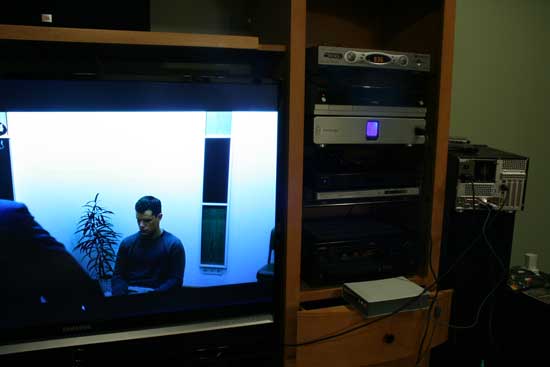 Overall, I am really impressed with the new Microsoft Xbox 360 HD-DVD drive.  When pairing it with the Xbox 360 console that is connected to an HDTV, adding HD-DVD support is a breeze to setup, easy to use and brings next-generation movie image quality to users at a reasonable price.  What’s more, finding out that the external drive is compatible with Windows XP out of the box without any hacking or drivers, makes it by far the most inexpensive (and actually the only currently available) HD-DVD solution for home theater PCs.  Now to take the chance and rip the external unit apart to see if I can make it fit INSIDE the case…

If you are looking for an inexpensive way to enter the HD-DVD market, the Xbox 360 HD-DVD drive might just be the best choice you’ll have all year.

If you have any questions about the article, or comments about the HD-DVD drive, please head over to this thread in our forums I have started for this discussion!

Feel free to use our price search engine to find the lowest prices on the new Xbox 360 HD-DVD external drive or anything else: