AMD and IBM expect the first 45nm products using immersion lithography and ultra-low-K interconnect dielectrics to be available in mid-2008. “As the first microprocessor manufacturers to announce the use of immersion lithography and ultra-low-K interconnect dielectrics for the 45nm technology generation, AMD and IBM continues to blaze a trail of innovation in microprocessor process technology,” said Nick Kepler, vice president of logic technology development at AMD. “Immersion lithography will allow us to deliver enhanced microprocessor design definition and manufacturing consistency, further increasing our ability to deliver industry-leading, highly sophisticated products to our customers. Ultra-low-K interconnect dielectrics will further extend our industry-leading microprocessor performance-per-watt ratio for the benefit of all of our customers. This announcement is another proof of IBM and AMD’s successful research and development collaboration.” 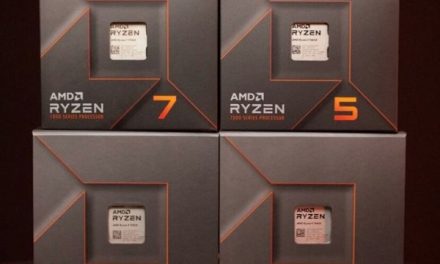