Before we get into the software technology behind this new Killer NIC card, let’s take a look at the physical card and what it offers gaming enthusiats. 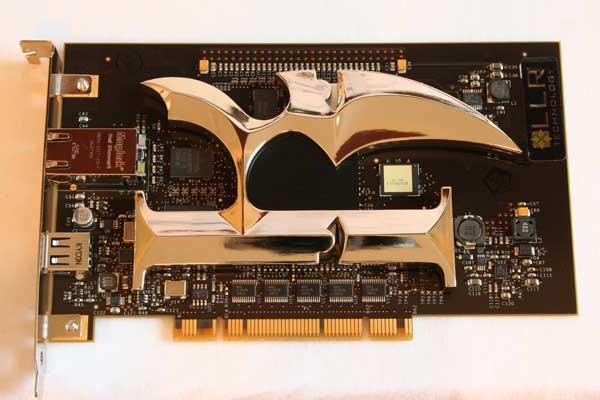 Right off the bat, the card actually looks GOOD; and I don’t think I’ve ever said that about another slab of PCB before!  The heatsink is edgy looking and the equivalent of computer nerd perfection — what else could impress your friends as much as this?  The only problem is that once its in your system, you’ll just have to show them all a picture of it. 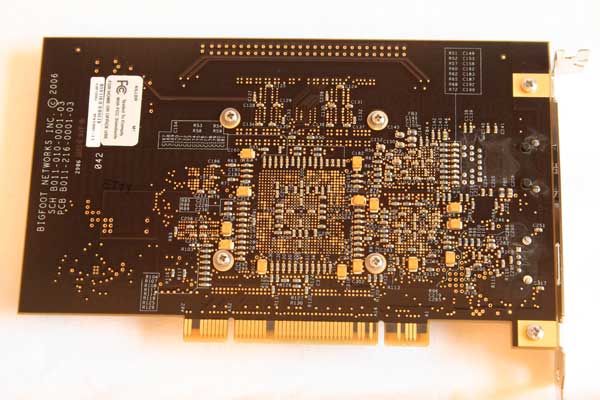 Nothing fancy on the rear of the card.  The length of the PCB is just slightly longer than the AGEIA PhysX card and about the same size as the typical 7600GT graphics card. 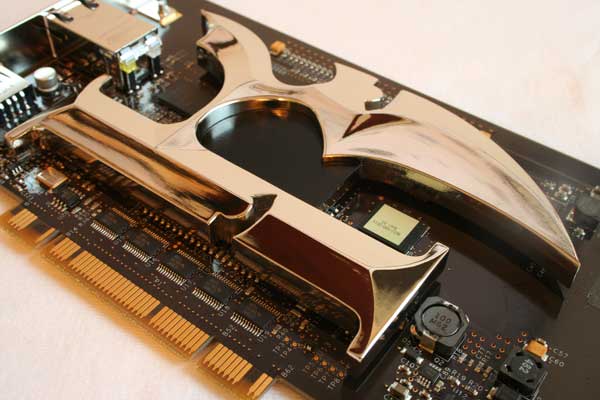 Another shot of the heatsink on the Killer NIC shows its reflective surface. 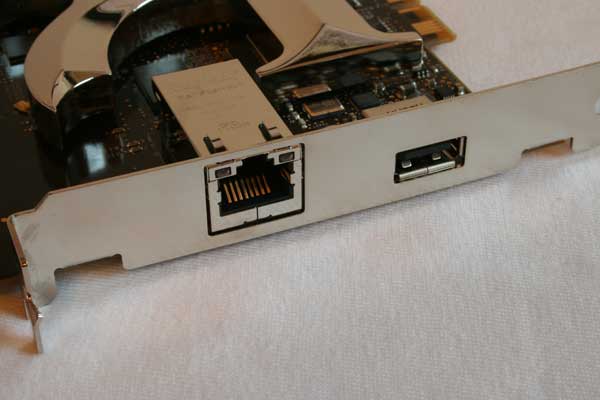 The connectors on the card consist of a single Gigabit Ethernet port and a single USB 2.0 port.  Two standard activity lights are used on the Ethernet port to indicate traffic and connectivity.

The Freescale based MPC8343 chip shown here is the heart of the NPU and integrates a DDR memory controller, dual Gigabit Ethernet ports, dual PCI and USB controllers on the core.  Freescales website claims the CPU can scale up to 667 MHz, though Bigfoot Networks told me that the 400 MHz clock rate of this chip is more than enough for any processing the Killer NIC needs to do. 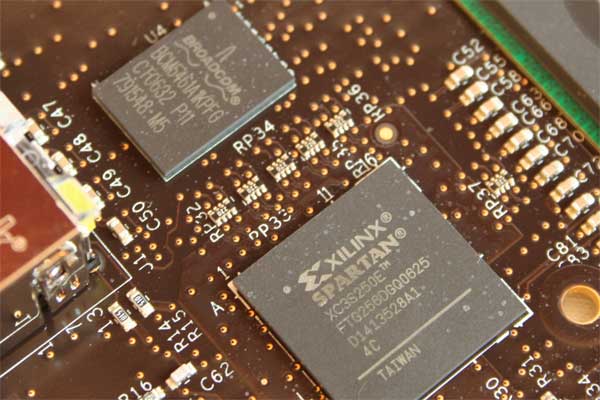 In this photo you can see the Broadcom PHY that supplies the Gigabit Ethernet connectivity to the card as well as the Xilinx programmable logic that complements the Freescale CPU and completes the NPU. 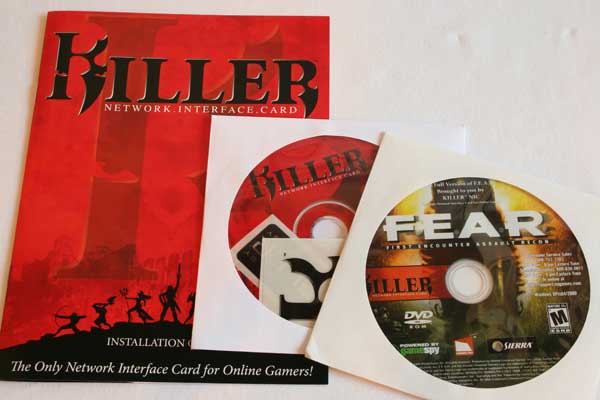 Inside the box with your Killer NIC card you’ll find a pretty well written manual (installation is simple) as well as a driver CD and a full copy of FEAR as well!

Get ready to meet your Creator. The next major Win10 update draws nigh