We just got official word from Intel that they are going to be releasing a new quad-core processor in early January.  The Core 2 Quad Q6600 will run at 2.4 GHz with a 1066 MHz FSB and 8M of cache total.  The TDP of the new CPU will be 105 watts and the default voltage is 1.325v.

Â·       Intel’s investment in manufacturing technology, chip factories and software developer programs provide a strategic advantage that is letting us deliver powerful yet energy efficient processors faster to market and in a range of prices that ensure broad adoption. 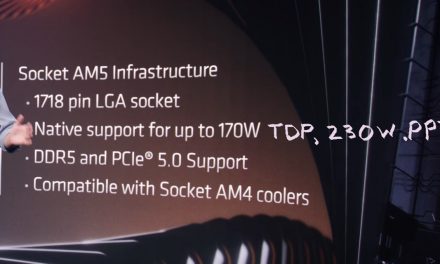